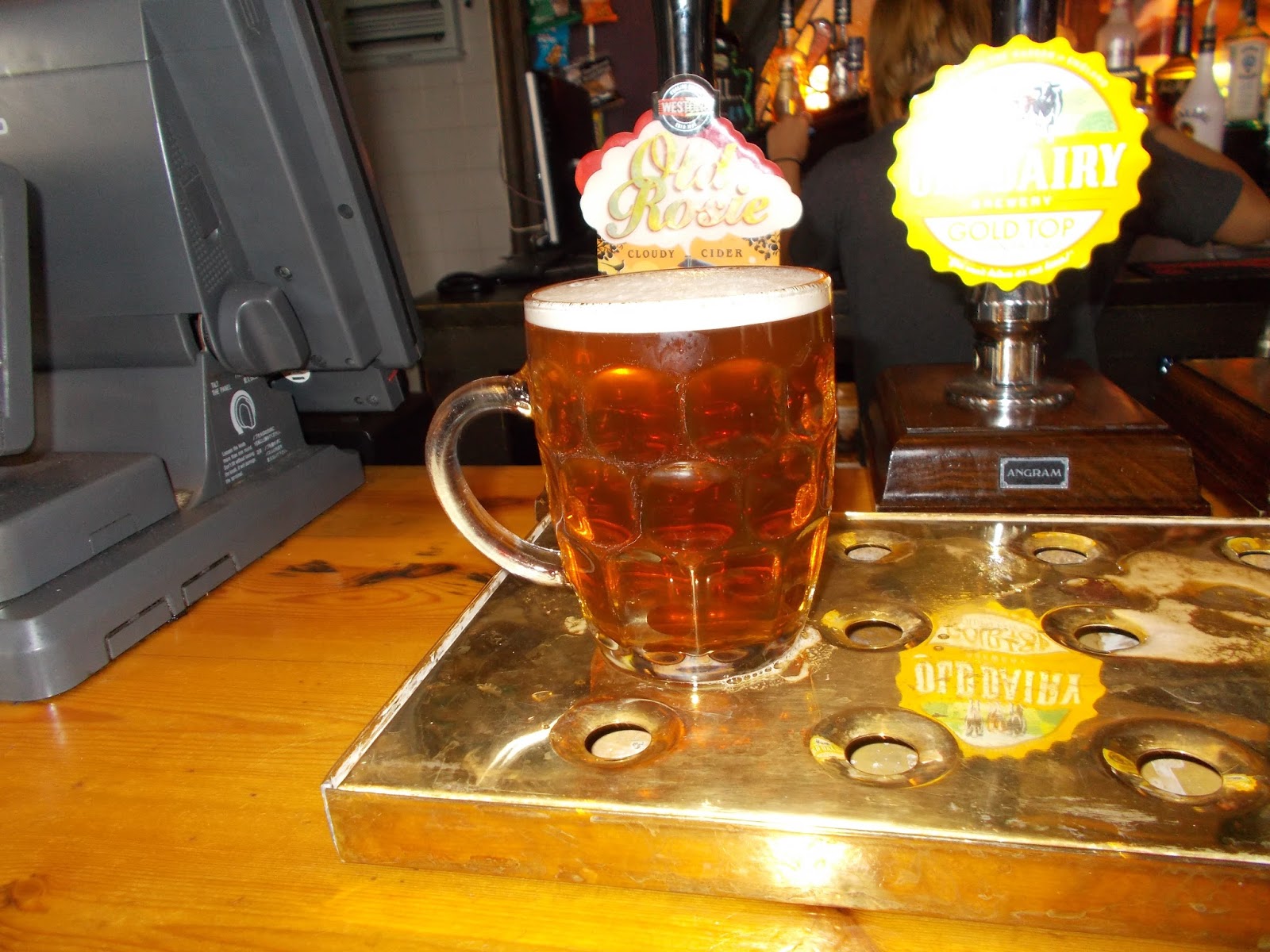 Langney Sports Eastbourne away must be one of those trips that, say if a militant, family friendly, football supporting, sitting down terrorist wanted to remove the historical traditional working class supporters like ourselves, he could do so quite easily with this fixture. Looking back at the previous blogs, since the resurrection, we can work out certain key events….

Firstly, the 1002hrs train to Eastbourne off East Croydon is the choice for us. Secondly, Taz is more than likely to just make the train, and no doubt blame it all on the buses. Lastly, without fail we start the first drink of the day in ‘The Eagle’. Not that I’m critical of our procedures, but we must remain vigilant of the prawn sandwich bridge. You know the type, the wishy-washy weirdos with their peculiar habits and foibles!

Before we start today’s little tale, we need to rewind & revisit last week’s adventure in the FA Cup. So what did we all learn? Well we could say to not forget to touch out your oyster card at Clapham Junction before boarding the Aldershot train for starters. £14.40 that bloody cost me by the end of the day. What about not listening to a “Scandinavian Electronic Novelty Song”? That tune was still being hummed at the bloody Youth game on Monday.

No, the most important lesson to be learned is to never consume a whole pot of Lime Pickle. Especially when you only do it for a measly five pound note bet! It needs to be a tenner no less from now on because the colon cleansing effect this produces come Sunday morning is nothing but a right pain in the arse. If you pardon the pun.

With the text coming through that the train we were aiming for was the 0953hrs, but it was soon corrected to the usual 1003hrs. That meant a trip on the buses, and not a Reg Varney in sight. Arriving at Reeve’s Corner, I made the short walk up the hill towards the station. First weirdo of the day was some woman that appeared and was walking around in her pyjamas, slippers & dressing gown.

I seemed to arrive with over half and hour to spare and decided to take in the dirty air & sights of Croydon before the rest arrived. Southampton Steve was the next up and between us we decided to get the tickets. 4 Days was next to grace us with his presence. With Sean & Indy already in Eastbourne, and Mr X & Wardy coming from Clapham, There was only one person left to come and that was Taz.

So where was Taz? Well, as always, he was running late for the 1002hrs. The train was due soon and the decision was made to leave poor ol’ Taz behind. Greeting the rest of the Firm on the train, we begun to wonder what we would do without the whip master to regulate the fun. Suddenly, like a stars in your eyes entrance, Taz appeared! Of course, by the fact that he was, sweating, breathing heavily and nearly at death’s door, you’d realise that he had made a lung busting run for the train. Should know better as his age!

The journey to Eastbourne takes just over an hour and by the time we reached our destination we were all ready for action. This was not helped by having to sit next to the Hampton Hardcore on their way to Lewes in the FA Trophy. Odd bunch. With our advanced party already in town, word had reached us that our favoured spot The Eagle wasn’t open until 1130, so with fifteen minutes to kill there was only one option open to us. To ‘Spoons my man…

Sean & Indy unsurprisingly were already in the ‘Spoons as we arrived. No doubt they’d been in there a while too. A quick pint later and we were on our way towards The Eagle. Upon arrival there was to be one disappointment when I discovered that they didn’t sell the old weed no more. Cider it will have to be! The place seemed to fill up quickly as there appeared to be some football on telly. Taz did claim that his dad had either died or lost his northern roots when asked if he wanted his warm beer in a traditional jug or not. Which is strange as I’m sure he’s still alive and still from Oldham. Odd.

Only an hour behind us was the Firm Leader, making a rare appearance away from home, and our token female representative in Loffers. With no other options in town that stood out for us, we decided to stay in the pub and watch the Chelsea v Liverpool match. And surprise surprise we actually saw another Chelsea defeat.

The match finished around half two, and we were soon on the off back to the station to get a sherbet to the game. With Mr X, Taz & Wardy joining me in the last sherbet, we made our way to the ground. With the amount of traffic around we only just managed to make the ground with a couple of minutes to spare. It did seem that the attendance was a little low compared to previous visits, especially from the ranks of the home support. Although that fuckin’ drum was still there.

With Eastbourne very much in the same boat as us, you would expect that this could be a close contest. The opening ten minutes saw both teams try and fail to produce any real chances. Then after some pressure Sutton started to ask some questions of the Eastbourne defence. Stearn had the first real chance, but his effort failed to hit the target.

Having a suspect goalkeeper didn’t help Eastbourne’s chances and eventually we did manage to grab the lead. Having failed to deal with a Stearn cross, all the Eastbourne defence could do was to hand the ball to Bolarinwa. He used some skill and some pace to beat the defender and took the ball into the box where he slotted it past the keeper. 1-0!

Eastbourne were to have one strong chance in the first half but they failed to hit the target. Sutton appeared to have most of the half in their control and really should’ve increased their lead. Collins was to have the final chance of the half but once again his header just failed to hit the target. There was a surprised at the break as our Firm Leader was going to buy us a half time drink!

Second half and I took my place down the side of the ground where you could smoke. Watching football from the side instead of from behind gives you a different view point of the match. Take for example the Eastbourne equaliser, from the side of the pitch I saw how too easily they managed to pull apart the defence with a simple ball pumped up front.

With space to run into the fella had time to take the ball into the box and beat Worner. With the score equal it took us some time to regain our confidence. With Dundo replacing a seemingly injured Gomis just before the leveller, it didn’t take long before Fleetwood was once again stuck out on the left after he came on for Stearn.

Sutton had several chances to win the game. Amankwaah was guilty of nodding a Fleetwood cross off target when even I might have scored. Beckwith did have the ball in the back of the net, but unfortunately he was flagged offside. Wright was brought on for Fitchett late on and had the final chance of the game, but managed to get pulled down before he could release his shot.

With the match a draw we retired to the bar and to discuss what we were going to do afterwards. Several beers later and it was decided to just go back to The Eagle and more drink. After ordering three sherbets I left in the last one, but managed to be the first inside the boozer! Somehow, the others had ended up in the ‘Spoons. Idiots!

They did eventually come back to The Eagle and join in the Halloween themed festivities. Several goes on the quiz machine later and we were discussing the possibilities of where to go. As always we ended up back at the ‘Spoons. This was just in time because apparently one of the Firm had been accused of doing something very naughty with Talc in the toilets. Or was it Columbian marching powder? This is of course a ridiculous accusation as we get our highs from life, beer and non-league football.

There wasn’t quite enough time to reach the local KFC, but on the way to the station was something called ‘RFC’. As one of the chosen one to do the food run, this is where we headed. After much deliberations we went for the simple choice of Chicken & Chips. Well in fact it was 24 pieces of chicken and 6 packs of chips. More importantly they done the holy grail that is chicken gravy! Oh and lets not forget a can of Tennents Super as well.

The train ride home appeared to go without incident (see innocent photo above). I don’t know why this was but it appears that if we have food & drink, we can not bother other people. There was an incident where some one thought it would be funny to put a load of salted popcorn in the chicken gravy! Well after some negotiations I managed to get a tenner for downing the pot. Result! And much more my scene than arse burning Lime Pickle.

After arriving back in East Croydon most of the group decided to call it a night. Some of us were still having visions of grandeur and thought that going clubbing in Croydon would be a good idea. We thought that a quick drink in The Spreadeagle however would be a good first choice. By the time we’d done that though, the queues for the clubs were well beyond our interest & patience so we decided to kill the night then.

Because 4 Days had forgot his bankcard, he couldn’t get the bus because they don’t except currency of the realm any more, so he headed off to get a train from West Croydon. Southampton Steve lived in the locale so all he needed to do was hop on the tram home. That left just me & Taz and we headed off to grab a bus home. Oxford at home on Monday before we take on HandY on Saturday. I can’t actually believe it, we have a fackin’ home game on a Saturday!