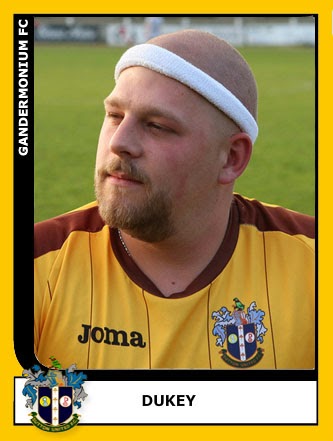 DUKEY: It’s all his fault. He kept badgering Taz to resurrect this rubbish as he’d found he quite liked writing bollocks about drunken days out watching shit Non-League football on the forum and for some reason had fond memories of the original site. So Taz relented, simply to shut him up. He wishes watching SUFC was a bit more IDThe Firm and less Real alemeat paste sandwiches though. We’re not sure why, it’s fucking Non-League.

As bringing this back was mainly his idea, you know who to blame if it’s shite. 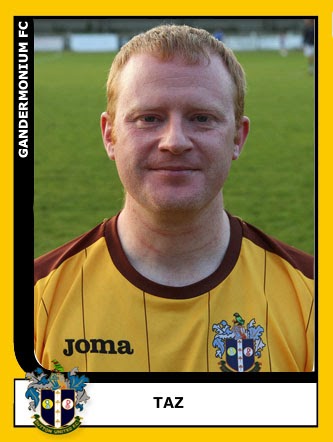 TAZ: Started this crap originally in late 1998, getting to capture a surprise league title success that season before having 9 years of mainly pony football to cover afterwards. He eventually shut up shop after the worst season since the 1950’s, if not ever, in 2008. Between then and restarting Gandermonium? 5 play-off appearances followed by a Ryman League title. Fucking typical! Can still be found shouting too loudly, abusively and usually under the influence of alcohol at most SUFC matches.

Handles editorial duties and makes sure the others don’t go and do something silly, like break the Internet. 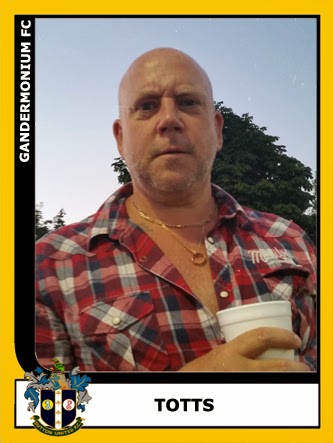 TOTTS: Headhunted by Dukey from the literary hotbed that is the SUFC online forum and to be honest, he’s about as close to a responsible adult we’ve got around here. Will be popping up from time to time to offer insights mostly unaffected by booze (mostly!) and with far cooler cultural references than any of us could muster. Mainly when his duties within the government of the thriving People’s Republic of West Sutton and his one man Ska-Punk show touring schedule allows. Now a major pop star with his ‘Back on the Shoebox Terrace’ track released on the fledgling Gandermonium Records. 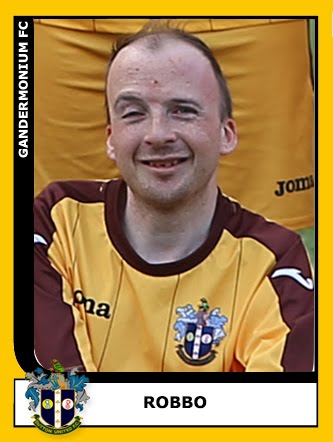 ROBBO: A former Chelsea fan who found recent Stamford Bridge life under Comrade Roman unpalatable and having grown up over the road from GGL, instead turned his affections towards the U’s. He does a couple of seasons and we win the league off the back of the greatest run in our history. Yeah, we know, bloody glory hunter. Robbo has an A Level in English apparently, so fuck knows what he’s doing bothering with this load of old pony. We usually have to edit his stuff heavily to make sure it contains the requisite number of spelling and grammatical errors to annoy the grammar Nazis. Hey, we’ve got a reputation to maintain!

Read all of Robbo’s A Level coursework HERE 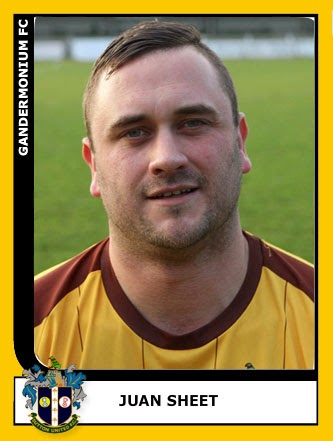 JUAN: Partly responsible, but not nearly as culpable as Duke for the return of this rubbish. Mainly he just egged him on, then found he actually had to do some graft! Had a penchant for wearing skin tight lycra and cycling until his knees packed up, but luckily none of that rubbish ever made it on here.Originally pitched in to help Dukey out when he was too drunk to remember a game or sulking about a particularly poor defeat in the SSC. Largely AWOL recently, including missing a HUGE FA Cup 3rd Round replay to go flat hunting with a bird. Fucks sake.

We’ve had one or two guest contributors to the blog so far, so it’s only fair that we also acknowledge their fine efforts on this here page. If you want to add your own name to this incredibly exclusive club, feel free to drop us a line….