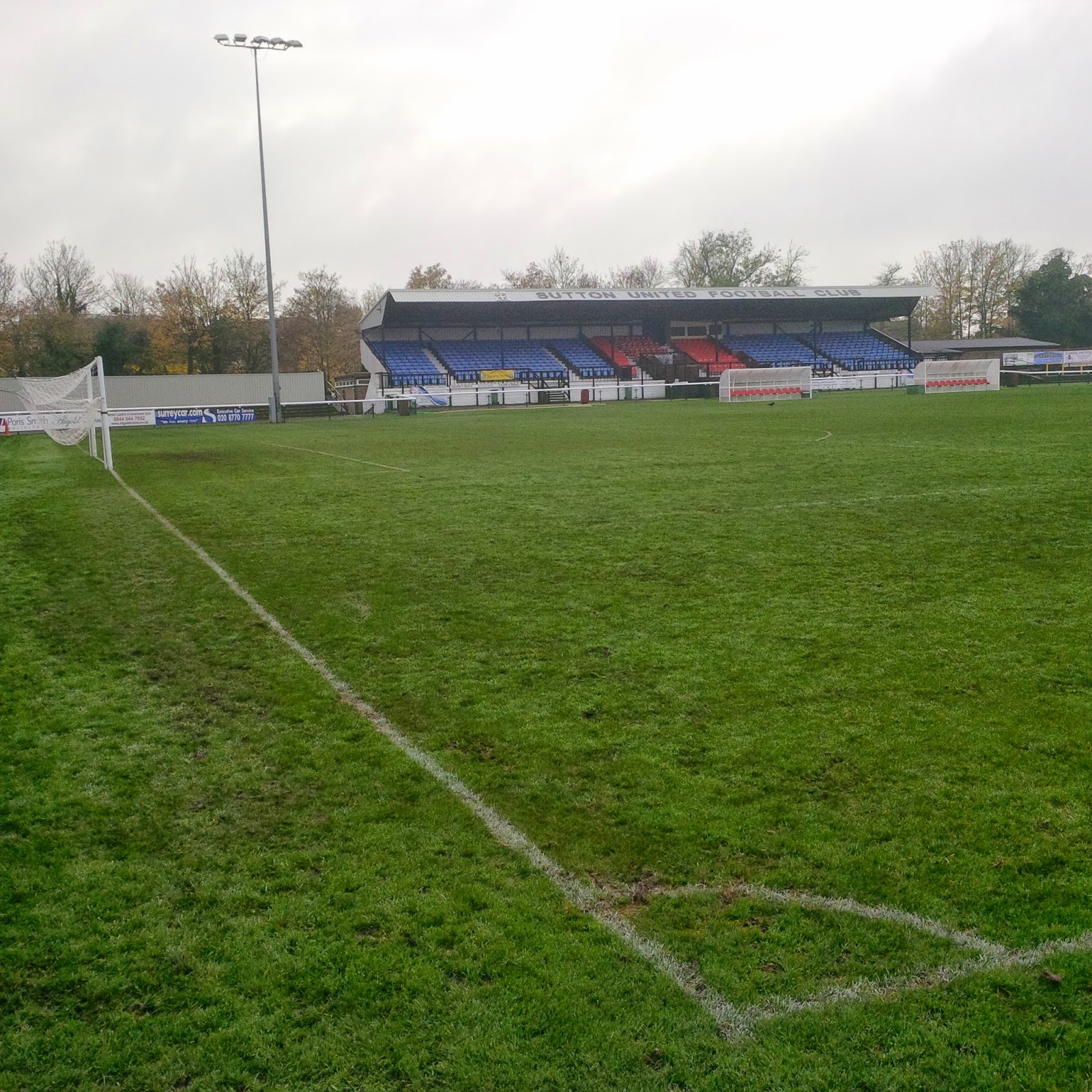 When some Herbert sends you a message on a Friday morning asking if you’d fancy doing the match day blog think long and hard before you reply. If you don’t then you too may end up opening a bottle of brandy at 9am on a Sunday morning, staring at a blank sheet of paper and thinking “where the fuck do I start?”.

These blokes aren’t as daft as they look but more of that later.

Let’s start off with some happier times. One of the highlights of my week was without question getting my pic of CF Hercules in Alicante onto the superb Floodlight Frenzy site. The even better news is that at 5am on Monday morning I will be heading out to Gatwick for the first flight south to help my good friend, flamenco artist and hardcore Betis fan Antonio drain down the barrels of Rioja as he winds La Taberna down for the winter. Adelante!

Bad news this week. The realisation that series two of the brilliant Peaky Blinders has come to an end , but don’t worry me and the Duke will continue our tribute act throughout the winter and I will leave you to work out which is the psychotic nutter and which the cool dude with all the posh ladies after a bit. That won’t take you long. Oi Oi !

So on to match day. As always I start up at Cheam Park for the little league to watch the youngest Totts daughter kicking other 14 year old girls up in the air as instructed and I am pleased to see pretty much a full assembly of the Cheam Park Dads mobbed up and plotting their latest escapades.

Tom, “you up there this afternoon?”

That’s it. No fucking about with mindless trivialities and speculation with these fellas. Respect. One day they may even let me in on their strange pre match ritual up on the Shoe Box which involves exchanging single playing cards, large sums of money and knowing looks for riches that the likes of us can only dream of.

Around two,  after a debate with Mrs Totts about why teenage girls can’t live on a diet of beans on toast and chocolate fingers, fuck knows where she gets this shit from, it’s out onto the mean streets of the People’s Republic for the business in hand.

Popping in for chewies, past The Worst Tattoo Parlour south of the Gorbals, I start thinking about the next local elections. Like Nicola Sturgeon I too believe that independence for West Sutton is a matter of when and not if. At the moment the manifesto is a little on the light side but will definitely include the nationalisation of the Plough and the Gander under workers control, the appointment of Peter Fear as cultural attaché and obviously we will be entitled to enter a football team into European tournaments, same as Gibraltar and San Marino, so bear that in mind next time you vote if you fancy some decent away days.

Mark N is back at the GGL turnstile and also sticks one straight in about the blog, what do these bastards know that I don’t? In a couple of hours I will find out. Some of the usual crew are assembled in the bar but things are strangely subdued. My mood is not greatly helped when I step out of the tunnel straight into a gaggle of adolescent Hemel fans proving that Children in Need is not simply for one friday night of the year.

New Man Dan is straight in the team as is Harry O on his loan return and Calum Hart is on the pitch too. Dundo and Billy’s Boots are up front. Al is back in goal as well which is a bit of a surprise.

We start nice and lively. Shaq giving their three an absolutely torrid time and he’s unlucky as he pulls a lovely ball back from the bye line after a blistering run only to see it blasted over. Our lads are working hard for a goal and the persistence pays off half way through the half when Billy picks up a ball just outside the box wide left, pings over a lovely cross and Dundo belts it top corner off his nut. One nil, but we know the story and we need to press on.

Hemel are doing what most oppo does at GGL these days, packing out the midfield and looking to hit hard on the break. Not a pretty sight but you can’t blame them and their skip looks like a right lively box of tricks.

Well, you know what’s coming. What looks like a clumsy and unnecessary challenge gives them a free kick. Nice location, someone next to me says this is going top left corner. You could almost plot the trajectory. This isn’t landing washing machines on comets hundreds of millions of miles away and, la la la, deflection off the wall and in it goes levelling things up shortly before the break.

Shoulders are shrugged and the familiar walk round to the Shoebox via Roses has the feel of Groundhog Day or Déjà Vu if French is your thing.

The game certainly opened up in the second half but Christ, the pitch was cutting up like a turnip field which I really didn’t expect after all the close season work. Not conducive to classy football and both teams were pelting it long with real chances few and far between.

Cloughy had sussed that the lumps at the heart of the Hemel defence didn’t fancy being charged at and after one test run he embarked on another bulldoze down the middle and releases Billy, through on goal he was so clearly pulled back on the edge of the D it was the most blatant free kick and straight red you will clock in all your days. What happened? Fuck all, that’s what happened as the dozy lino conspired with the ref to wave play on and leave us spitting at yet another example of the pub league officiating in the conf south.

The fans gave Jessy a big welcome after his scare during the week and Kane came on to try and shake things up but other than a belting free kick from Billy’s boots which scraped the top of the bar there wasn’t much going down in terms of real chances. Other than that kick most of our dead ball stuff was decidedly average without SUVs on the pitch.

And talking of Glenn, we were delighted to see that he had wandered round to take in the game from the popular side. No doubt to soak up the combined tactical and footballing genius that resides on the Shoebox.

So here we go, four minutes into injury time a ball pinging around our box, their bloke fucks up the shot and is adjudged to have been impeded. I assumed it was a soft one with Harry O alleged to have held him back but even more bizarrely the ref confirmed later it was a challenge from the centre back Cooper which the replays showed was clearly complete and utter bollocks.

The pens rammed home with SUVs spinning round and exclaiming “fucksake!” That’s what you learn from the Shoebox and yes, Fucksake indeed. A couple of minutes with everyone up front including goalie Al but it all came to nothing and Hemel rightly went nuts as they nicked all three points with the final blow of the whistle.

I thought about a pint after but someone told me they would have the England game on in the bar and I fucking hate international football so I sloped off home. Bad luck? Maybe, but as Joe Strummer sang in Bankrobber “I don’t believe in lying back and saying how bad your luck is.”

Piss poor officials? Of course, but what else do you expect and that chorus is starting to wear a bit thin as well.

Three points dropped against average opposition in a decidedly average league? Without a doubt. But it’s still as tight as a ducks arse in the table with the real possibility that the ramshackle parade of Whitehawk could end up in the national conference. Proving that the worlds gone fucking mad mate.

See you in amongst it with the Hayes Lane Fanatics. I will be donating Clearasil. A Bromley fan’s for life, not just for Christmas after all.