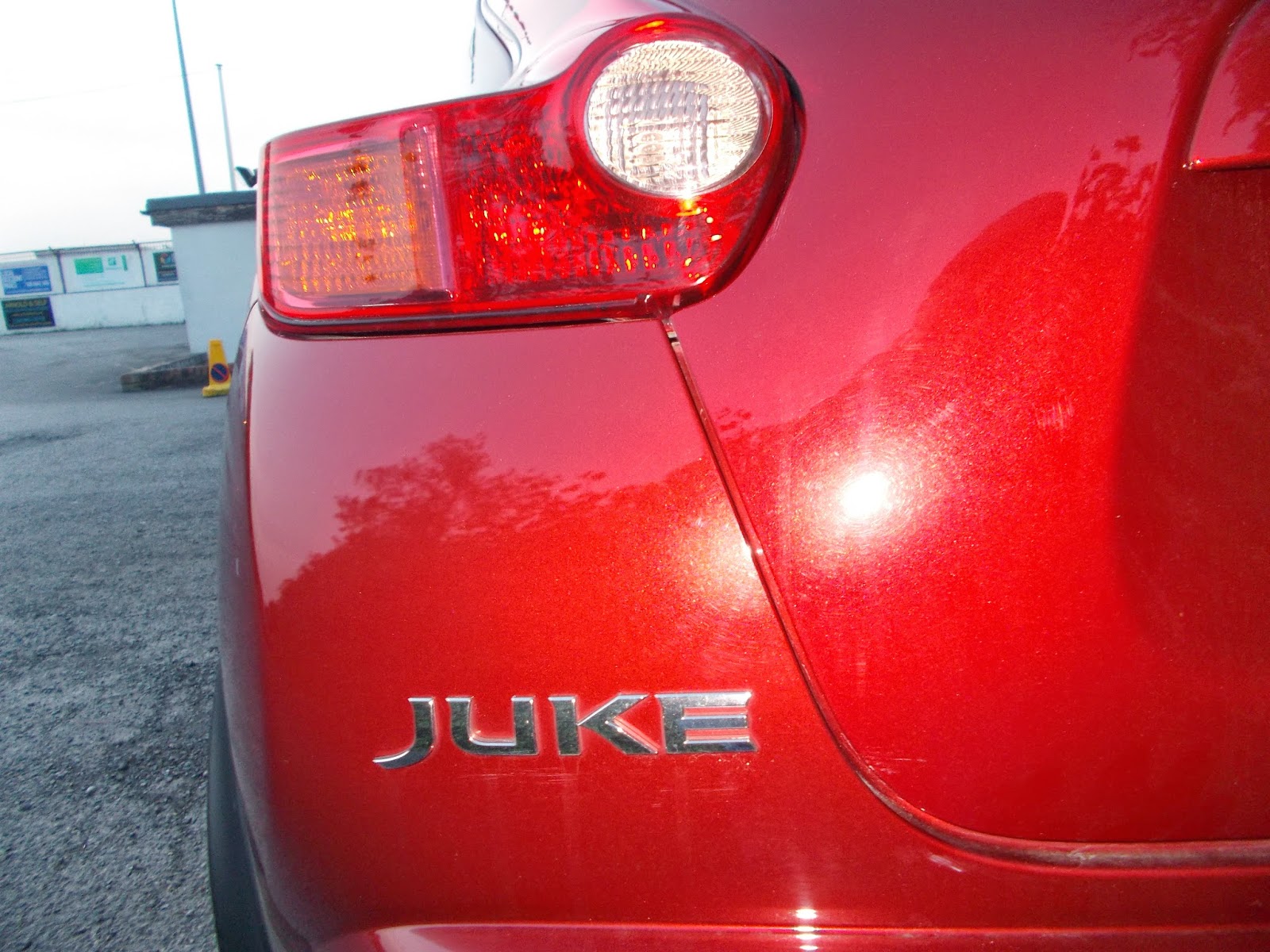 For fuck sake, I can’t fuckin’ believe it. Wasn’t that just a fuckin’ kick in the teeth or what? I feel as depressed as going on a tandem on holiday in Centre Parcs.

After 24hrs since our season came to a bitterly disappointing end, I still feel absolutely gobsmacked! With what had started as a small dream soon became a nightmare as we limped over the finish line in what will be forever seen as a disappointing end to a near successful season of 2013/14. Even writing this is starting to depress me, but I must carry on like a gambling addict in Las Vegas, and try an finish what I started.

Its a funny old game this football lark. Who would’ve thought that at Christmas we were over twenty points off the top of the table. Then came crackin’ victories against the likes of Bromley, Basingstoke and Ebbsfleet. That’s not to say we’ve had a few lows along the way, the fact that we kept Maidenhead and bloody Steve King up by our poor performances will hopefully be forgotten as quickly as possible. I mean lets not beat about the bush here, losing only two games in 2014 is excellent form if I do say so myself.

The Firm Leader wanted to get down the club extra early as he wanted to watch the footy on the telly. We met on the roundabout and proceeded to head towards the station with the Firm Leader regaling me with tales of a session he had on the Thursday night previously. The train we were due to get would be the 1203hrs and that got us to West Sutton for just after ten past. Most of our thoughts had turned towards our performance on Wednesday and how close we had come to actually winning a play off match for once.

There were rumours abound that Juan was going to make an appearance and who was on the platform in his piss and shit stained effect chinos, none other than the man himself. He had even made the effort to style his hair Tommy K style for the big occasion. Arriving at the ground we headed towards the bar and the first cider of the day. There was also a new drink behind the jump “Desperados Verde” which is basically tequila flavour lager with lime and mint. I don’t think the Firm Leader will be trying it any time soon.

West Ham v Spurs was on the box which kept the Firm Leader happy for about a half an hour because as soon as Kaboul was sent off and seeing Harry head in an own goal he quickly turned his attention towards the one arm bandits. During this time Double Barrel arrived in the bar with a large bag of balloons that needed to be blown up. Who else was going to do it except us? Several balloons were lost in the making of this blog and I don’t really remember why there was several pushed through a piece of disused cardboard. But ours it not to reason why, just to get on with it!

The problem with blowing up balloons is that it gets in the way of valuable drinking time as having only one pint in the first hour is clearly not acceptable and I decided to quicken the pace ever so slightly. It must’ve been an important game because everyone was there, even the people that tell you that they are coming but don’t turn up were there, turning up and filling the bar until it was nearly full. The CEO of CES even managed to convince us to sponsor his daughter in some obstacle race. You see how nice we can be sometimes!

There was even a surprise as my brother-in-law rocked up with his nephew and his Old Man. I’ve spent ages trying to get him to come down and watch some proper football. He somehow follows Man Utd and Palace so he had not had the best season of his life. Leaving the bar we headed outside to be greeted by some long arse queueing. Luckily the match was going to be delayed as its people like me that surge forward when I think we are going to miss the opening play.

Taking our positions at the Collingwood Rec end for the final time, I going to miss that end when it all gets changed, the sun was beating down on us as we got off to a flier. The first incident to happen was inside the first few minutes as Dundo collected the ball and stormed through the back four only to be cruelly chopped down by Dover el capitano Stone. From my position it appeared it was in the box but the man in the middle disagreed with me and gave a free kick just outside. What we agreed on was the fact that Stone was the last man and a straight red was the only option to give.

The problem is for as long as I can remember Sutton have been absolutely shite against ten men and we didn’t disappoint again. The resulting free kick was possibly our best chance as Spillani’s shot was pushed onto the post and then Marvin side footed it into the side netting. After this we had a couple of shots off target and once again the game seemed to be going nowhere as the last couple of games had gone.

Dover started to get more and more into the game and if it wasn’t once again because of some heroics from Brown the contest would’ve been over quicker than it was. One close save in particular stands out for me. Soon after we got to see that diving cheat Modeste give a good old whack into Spetch that resulted in being taken off to be replaced by King. Personally I see this as being part of football and Diving Modeste just got away with it, Unlike his diving in the first leg, which frankly is embarrassing to watch.

Taking in a drink at half time, I took my spot on the shoe box and waited the second half to begin. I was also joined by some of the Duke groupies that appear to grow in numbers. Much of the talk around me was all about the worry that we didn’t seem to have any ideas to break down a rather resilient Dover defence. As soon as the first goal went in I knew it was curtains for us as once again defensive errors cost us. This time it was King at fault as he missed a clearance for Modeste to simply smash the ball past Brown. I’m not going to be too harsh on King as he really has been dumped in a the deep end and has had to grow up quickly.

Two changes were made after this with Gavin and Kane coming on for Dean and Marv. Unfortunately it didn’t change much as in the space of three painful minutes the contest was over. After a disappointing Scannell had been disposed of the ball by Ademola his chance was saved by Brown, but with no luck at all the ball fell to Diving Modeste who simply tapped in the ball to double Dover’s lead.

Still trying to take in the disappointment we were three down when Ademola turned goalscorer as his run down the right hand side saw him cut in and finish with a goal that we could do with. The last ten minutes saw no action as the crowds started to head towards the exit with our impending doom looming ever closer. To be honest the final whistle couldn’t come too soon and when it did I had to stand with my hands on my head in total disarray.

I think for me, one of my biggest disappointment is the fact that the players didn’t even hang around to show their appreciation towards the fans. That is another perfect season for me with every game being attended. In fact I believe that I’ve only missed three games under the leadership of our lord Dos. That means that I’ve actually been to more games then our lord Dos has! Seeing other people around me like Totts and Mr X with faces like slapped arses shows how dumbstruck we were.

Back in the bar we tried to decipher what had gone wrong through the match. We still had time to congratulate some of the Dover fans that we get on with but no of us were in any mood to be cheerful. What else can you do but drink heavily? So people have said that today was one of the most depressing games, but I think for me the game against Kingstonian this year and the 6-0 several years back were worst.

Our next stop was the Spoons’ were so of us got some tucker to soak up all that alcohol. Me being a tightwad I decided to head over to KFC to get my fix of fat. I do love my chips & gravy and it didn’t let me down, its a shame they don’t do cracked black pepper. As people begun to leave I decided to up the ante and get some Woo Woo. Not bad considering I’d knocked back in various quantities Cider, Lager, Sweet Tea, Vodka and Schnapps. Apparently one of our players was up at O’neils drinking his sorrows. According to someone who had saw him, he looked “in a fuckin’ depressed state”. I can’t blame him!

Wanting more alcohol Me, The Editor, The Welsh Wizard and Alan headed up top to our usual late night drinking whole. Still in the mood for more Woo Woo I begun to describe the ingredients to the man behind the jump. Being the idiot, the four glasses finally came to near thirty fuckin’ nicker. I won’t be doing that again in a while! Several rounds of various concoctions followed and some serious sticking on our shrine outside finally showed us that maybe it was time to head home.

Heading towards the cab rank we got the chance to see a bunch of girls in what appeared to be pyjamas arguing with each other over something trivial. You know its been a depressing day when there is nothing to joke about on the cab ride home. I was finally dropped off a the local BP garage where I walked home wondering what the future holds for us. There was still time for me to stick some soup in the microwave where I left it until the morning.

So that is it for the season, well technically we still have the end of season piss up next Saturday but a lot of people are threatening not to bother, but this writer will no doubt be there. There is also a little charity match on Friday week that some of us are taking part in. So if the idea of seeing old men wheezing and wobbling over the place appeals have a butchers at it.

Well that will do, anymore and I might get carried away and say something naughty, and besides some of us have to work on bank holidays. Next year we will have to just win the league like we did in the Ryman’s. Can you also believe that I had a cheeky little cuban cigar, hand rolled on the thighs of virgins to spark up at the play-off final. but what am I going to do with it now? That leaves one final question for our lord Dos: