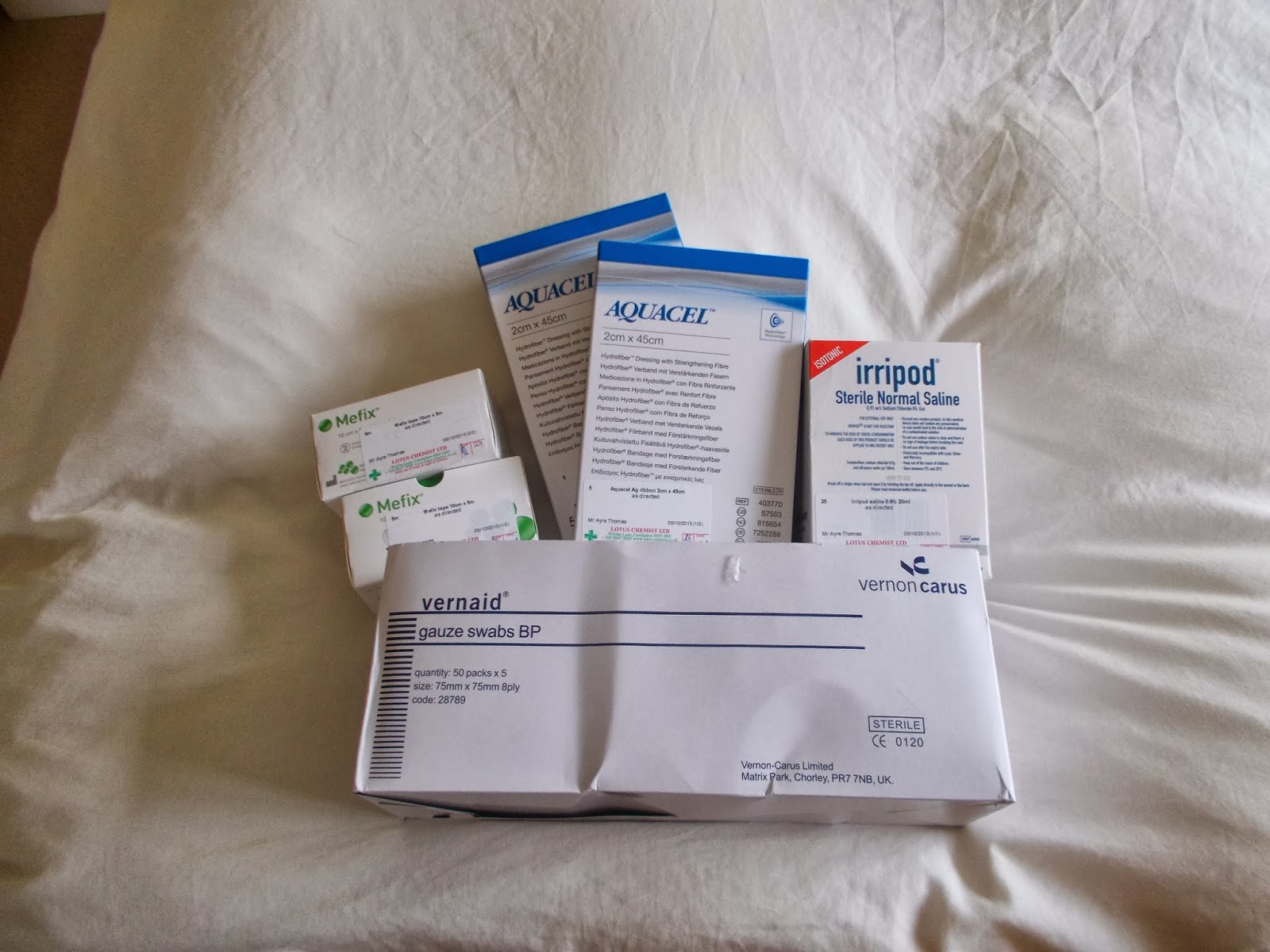 Now tell me, is it wrong to dream of Bacon Noodles? Or is it wrong to stumble around Brighton at night with a skull face mask on? How about being photographed hanging outside an adult ‘Boutique’ emporium?

Well that was all last week, this week is all about Langney Sports Eastbourne Borough!

So where do we start then?

Well we could start with the story that had me up the hospital on Sunday having a touch of the old “Major” minor surgery on my back to drain out a recurring abscess. That has led me to visit the quacks everyday to get the dressing pulled out of my back and packed in with more gauze. But then again I like to burden myself with the mild discomfort it leaves me in.

The morning was a quiet one as I waited for word on my prescription that I had to order from the pharmacy this is because I needed it for Sunday and couldn’t leave for the match until I received the phone call. During this time there was some discussions with the Firm Leader as to what our arrangements were going to be with getting to the game. When I finally got the call it had become late enough that I was forced to drive and pick up the Firm Leader, well at least he didn’t need a permission slip! I sprinted as quick as I could to the pharmacy and after handing over £30 I received my parcel.

After picking up the Boss we had to head to the local supermarket as the Don needed some cabbage and I needed juice for the old girl, £60 worth to be frank, not bad considering that I’d yet to reach the ground and already spent £90! Arriving at the ground later than usual most of those that turn up were already there, except a couple of notable exceptions, The first order of the day was a pint of Coke. WHAT? was the call from the gang, A COKE? Yes readers, since the operation I was on a course of antibiotics. It was after seeing me take a few unsavoury sips of my soft drink that the highly intelligent Mr X remark “Fuck this!” and quickly whipped out his blower and typed in the simply question “Can you drink alcohol whilst on Augmentin?” the summary web page can back as simply “Yes”. With this announcement a pint was quickly jammed into my hands. Unfortunately one pint down and it was time to head out onto the pitch for the game.

After picking the usual ends for kick off we took our standing positions and waited for a hopeful performance. Well we didn’t have to wait too long for our first slice of the action because our first goal came after only Six minutes (Sorry Wellie, only a couple of minutes out again on the old golden goals!) when from behind the goal to us, what appeared to look like an innocent cross from our man Taylor seemed to bypass everyone and be heading over the bar dipped enough to end up in the top corner 1-0! We really could’ve had a second a couple of minutes later when another cross into the box saw everyones favourite Mitch manage to do the hard part and head the ball wide when it appeared easier to hit the target at least. But we didn’t have to wait long for our second goal we after through ball headed on towards goal by Slabbs saw our old ex-Scum mate Snood misjudge the ball, even though I thought he was still in the area but he tried to head to the ball and totally miss it. This left Taylor to knock it past the defender to make it 2-0. The best comment came from the crowd behind the goal at this point “Watson would’ve missed that” which left us all to snigger like small school children. There was still time for us to waste some more chances with the Big Mac curling a shot wide and Mitch hitting a free kick at the only the place old Snood could get at. The only bitter point was when as Taylor was trying to “take one for the team” and getting booked in the process, he also managed to get himself injured in the process, silly billy!

As we took our place in the Gandermonium terrace the second half wasn’t as fluid as the first and it became a bit bitty in the process with the old of “you’ve done me, I’ll do you” taking effect. We managed to see Mitch and Downs both get booked for lunges on people. The upside to this that mine and our Firm Leader’s trademarked “Sniggermeter” was in effect as after Downs got booked, his victim then lunged back only to do this on Binns, and after realising his mistake having to admit his mistake, to the sniggers of some of us. It was also around this point that we saw Binns make one of runs down the left wing, and after a sublime one two with the Big Mac crossed the ball into the box. Slabbs then lays the ball down for Kane & Able to smash the first shot against the defender, and with a bit of luck his second shot heads into the back of the net 3-0! That goal seemed to end the match as a contest and both teams just seem to play out the rest of the match in no hurry, but alas we weren’t to be disappointed for once because with a couple of minutes to go Big Mac picks up the ball just in the oppo’s half and runs at the defense. Every one sees Slabbs make the same run that he made at Havant (If you were there that is). The only thing was that he didn’t reckon on Big Mac just lacing the ball into the back of the net. 4-0.

There you have it a 4-0 victory, and another clean sheet to boot as well. By my reckoning that’s four clean sheets in a row now and we haven’t had that since October 2011. We also now haven’t lost since that defeat against Stortford on bank holiday weekend. We all headed into the bar to celebrate our victory and check on our nearest rivals, there of course time to see our very own megaphone mouth AB do his now usual turn as the hostess with the mostess as we saw the Strikers are Key scheme wind up with another defeat in trying to crack open the safe. It was at this time that someone decided to crack a stink bomb on the floor and the smell of rotten eggs filed the place, my suspicions are on one the players as the grins going between them were evident.

I managed to stay for another cheeky half but as I had my car with me and there appeared to be no real enthusiasm for a night on the tiles plus we are all due to go down to the Sussex coast next weekend we decided to call it a night and head off, I even managed to give the Welsh Wizard and his brother a lift home, because that’s the kind of geezer that I’m am!

Don’t worry no doubt there will be plenty of drunkenness next week down at Lewes in the next round of the FA cup.