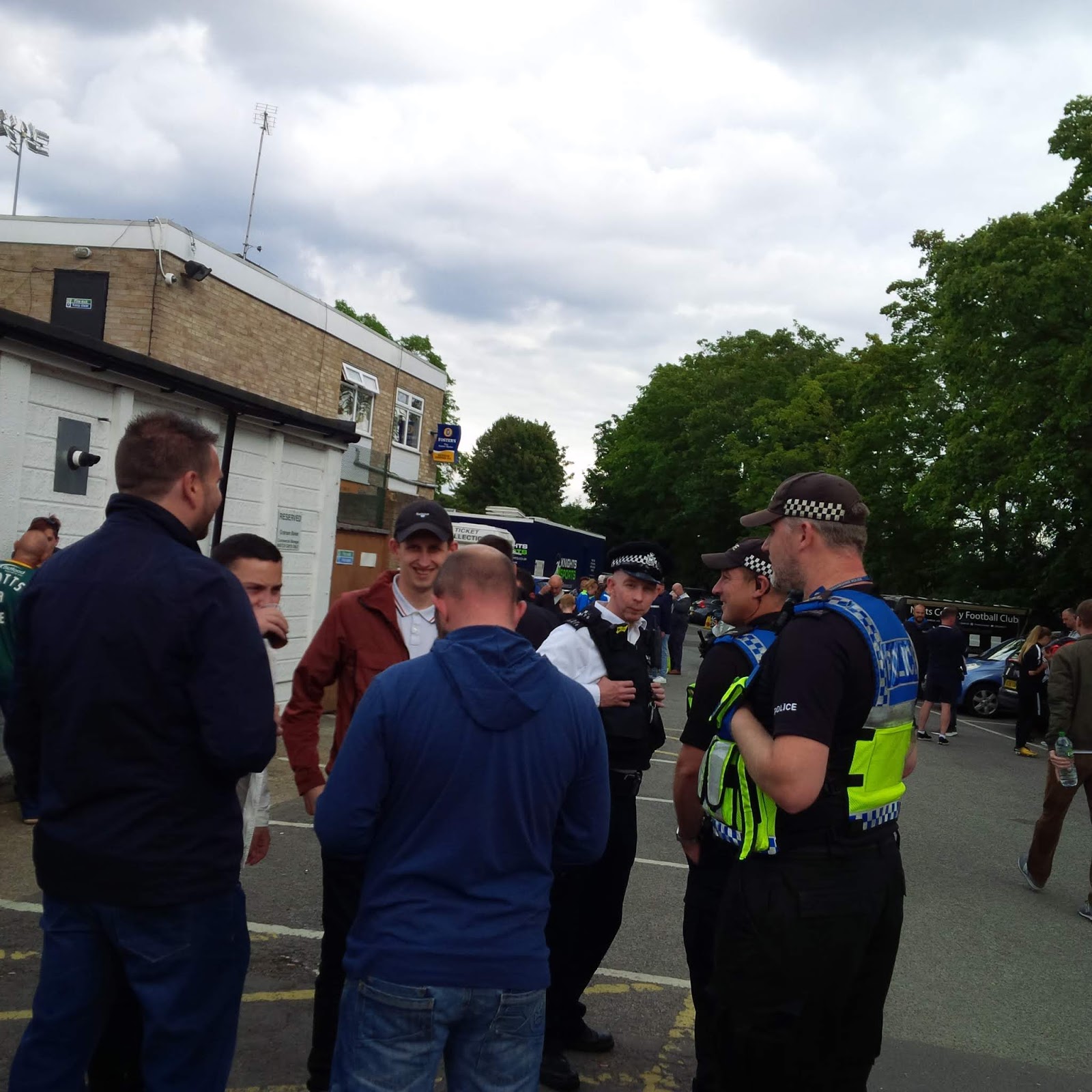 So, here we go again me old chinchillas.  It really is non-stop, solid gold, easy action in this opening few weeks of the season and we’ve already managed to find ourselves in a full blown injury crisis that makes the Brexit hoo-hah look like a quiet evening in with a Pickwick snide seventies Top of the Pops LP and a Radox bath.

Signing players at the service station on the way to Somerset to try and plug the holes in the squad at the eleventh hour is the kind of crisis management I fucking love. Talk about a last minute supply chain, on this basis Matt Gray should be looking after business down at the Port of Dover as the clock ticks down to the 31st of October.  As long as The Duke gets his fake East European fags through on time, and the trucks full of Rioja and manchego are waved through, there will be little or nothing to worry about.

Sticking to the political theme it is clear that one way or another a general election looms. I’ve been asked repeatedly where we stand by national broadcasters but I think it only appropriate to confirm through the PROWS mouthpiece that is Gandermonium that the West Sutton People’s Front will be standing firm and that there will no pacts, no backroom deals and generally no fucking about. This is no time for liberals, lightweights or loafers – we are ready to roll.

The Manifesto has changed little from the last exercise in bourgeois democracy:

•Brexit.  Never mind Brexit the people of West Sutton demand Wexit. Freedom from the faceless bureaucrats of the Civic Hall and an end to the subsiding of the failed satellite states of Carshalton, Beddington, Wallington and Hackbridge who have sucked us dry.  We will accept nothing less than the hardest of Hard Wexits.

•Education. Broadly in favour but all students will be required to undergo a year of voluntary work pulling Tesco trolleys out of Pyle Brooke as they are rehabilitated back into normal society.

•Health.  Free fry ups and massage for the over sixties at the Savoy Café on the by-pass and complementary nasal and ear-hole hair removal at the Turkish barbers where the tattooists used to be.

•Culture. The Plough, along with The Starfish chippy, the Pigeon Club in the GGL car park and Surrey Chicken and Kebabs, seized and taken under workers control with immediate effect. The Plough turned into a People’s Palace and Cultural Centre with cheap piss and round the clock free seventies juke box. The Starfish and Surrey Kebabs reopened with Michelin Stars to pull in tourist dollars and the Pigeon Club transformed into an embassy and offices with comfy chairs and all the sports channels.

•Security. Hard border at the Rose Hill roundabout policed by Big Malcolm and his People’s Militia. Entry tightly controlled but bribery and corruption encouraged and a score folded into the back of the passport for party funds generally sufficient except for those from Hackbridge who can fuck right off.

•Economy. Independent trade deals with Cuba and Spain will be a priority with cigars, rum, Rioja, Mahou and Manchego all right at the top of the shopping list. All cash raised at the hard border through the newly-imposed visa charges will be directly invested in the refurbishment works to the derelict Pigeon Club and in a global advertising campaign selling the many unique benefits of an all-inclusive fortnight in West Sutton.

Anyway, Notts County.  They might claim to be the oldest team in the universe who should have some sort of listed and protected status like the shithouse at the Philharmonic in Liverpool but to me they are just another fucking bogey team and, worse than that, the team that perpetrated The Great Robbery On The Trent back in the FA cup third round back in January 1994.

I will be honest with you, I remember little or nothing of that day but I do know we were mugged off because everyone I know and trust (Frakey) tells me so. The problem for me started the night before the game when I was at a house party in Lower Morden with one of the Sutton players and got thoroughly fucking elephants and spent a lot of time standing on the furniture singing “Always Shit On The North Side Of The Trent” to huge and popular acclaim. I’m not going to name the player because all though it was 25 years ago Chairman Bruce takes this disciplinary shit seriously and I ain’t no fucking grass.

Not sure I got a lot of sleep that night, Oi Oi!, but I know I had to be at the Jenny Lind in Sutton early doors for the mini bus up to the East Midlands. I think at the time I was on one of the regular bans from the Plough or possibly on a boycott in solidarity with Bobby Bollocks who was barred out of the place for an extended period after the famous wrestling bout with Fat Ted in the pub fireplace. Hence why we were using the Jenny. I must have been well refreshed though as I remember bugger all of the excursion other than the bundles in the gangway after the Sutton goals and some shockingly bent reffing that denied us at the very least a replay. It was the start of a three game losing FA Cup run against today’s oppo and I’ve no doubt we will draw them again this season. It’s nailed on. Trust me.

Friday night saw me back up the Lane for OOH AAH SCR’s FA Cup clash against Lord Beaconsfield. Despite dominating the first half a fine display from the visitors keeper, and one or two squandered chances allowed Beaconsfield to claw their way back into the game and run out three one victors. Shame for our groundshare tenants who really do play some lovely football but I hope that the fine little Cup run has put some dosh in the bin and given Darren and his lads a leg up for the remainder of the league season. I also stayed far too late in the bar after the match putting the world to rights with Sean the Ram, Vegan Bev and a well pissed up Keepo who confessed he hadn’t voted for me in the 92 general election. Appropriate action is being considered regarding that by the central committee.

Suffice to say I was feeling a bit dusty when the alarm went off at five am on Saturday morning as we had to drop our youngest down to Gatwick as she flies the nest and heads off to her first year of University in Edinburgh. I will cherish the memories from a good few years back when the pair of us used to travel about together in the van following the U’s around the Conference South for a couple of seasons. Before she became too cool for school and didn’t want to be seen out and about with her old man. There was also the incident at Welling where she got locked in one of the vintage comedy bogs at Park View and had to be rescued. Stuff like that stays with you. The house feels a bit strange now that both our girls have gone off to make their way in the world. But the cash point remains open.

Right. That’s enough of that emotional clap trap, and no of course I wasn’t crying like a great big tart at Gatwick North departures. Don’t be ridiculous. Where were we? Notts County. So, I am pushed for time as I have to head to Brighton straight after the game on business but I still have time for a swift pint before kick off with Dancing Marcus, Mrs Dancing Marcus and I’m pleased to see Fearo, his brother Gaz, Paul The Mod and the rest of their little mob soaking up the September sunshine. Then it’s round the turnstile and in for the game in front of a very decent crowd and the less said about our latest run out music now being the Apprentice theme the better. Absolute fucking piss take that.

No DILF Bingo this week, mainly because there are no DILF’s actually present and probably for the best after recent controversies and legal claims, but Scotty Coaches and the Bacons are in position and we are all erect with eager anticipation on the Shoebox. Here’s one for you. I’m partly deaf. Years of ignoring warnings about loud music in the stage management game has proper buggered my Gary Linekers, that and creeping old age so it’s hardly my fault that I misheard the linesman’s name as Rubbin Cox. That and the fact it enables me to slide in the contractural knob gag without barely touching the sides. Back of the net.

The game. Sutton were great first half. Two up front, knocking it about and Dave giving the painfully slow County number 3 a torrid time. He set up the goal for Beauts and laid one on a plate for Tommy that he blasted over. We went in HT with a one nil lead and it could have been more but please tell me why the fuck we can’t put two decent halves of football together on the bounce and just keep doing what we are doing when it’s clearly working? Don’t get me started on the Notts goal, sitting off and inviting him to spank one in at Jamie’s near post?  All very fucking Maidenhead that. I’m not happy about it.

OK, so Tommy Wright had to go off but why not go like for like and bring Dylan on to wind up their lethargic centre back? Would have been great. I love Dundo, legend and all that, but his introduction changed our shape and we went long and lumpy and pulling Dave off looked OK as he’d worked hard but why not remember to now give the actual fucking ball to Tombo rather than leaving him standing out wide like a lemon? That Notts County full back who’d been slaughtered throughout the first half must have thought this birthday had come early as he had fuck all to do second.

So, it winds up one all and for me we should have got the win based on our first half performance and the oppos display. Disappointing as we need them points. I will tell you something about Ardley’s Notts County, despite all the weeping, wailing and bullshit over their relegation they are the most classic non league side I’ve seen at GGL since we last played Concord Rangers. They don’t look out of place at all in the whacky world of the Bastard League and I’m looking forward to the trip to their drum in December.

No time to hang around for the post mortem for me. Work to do kids. Up the fuckin PROWS!