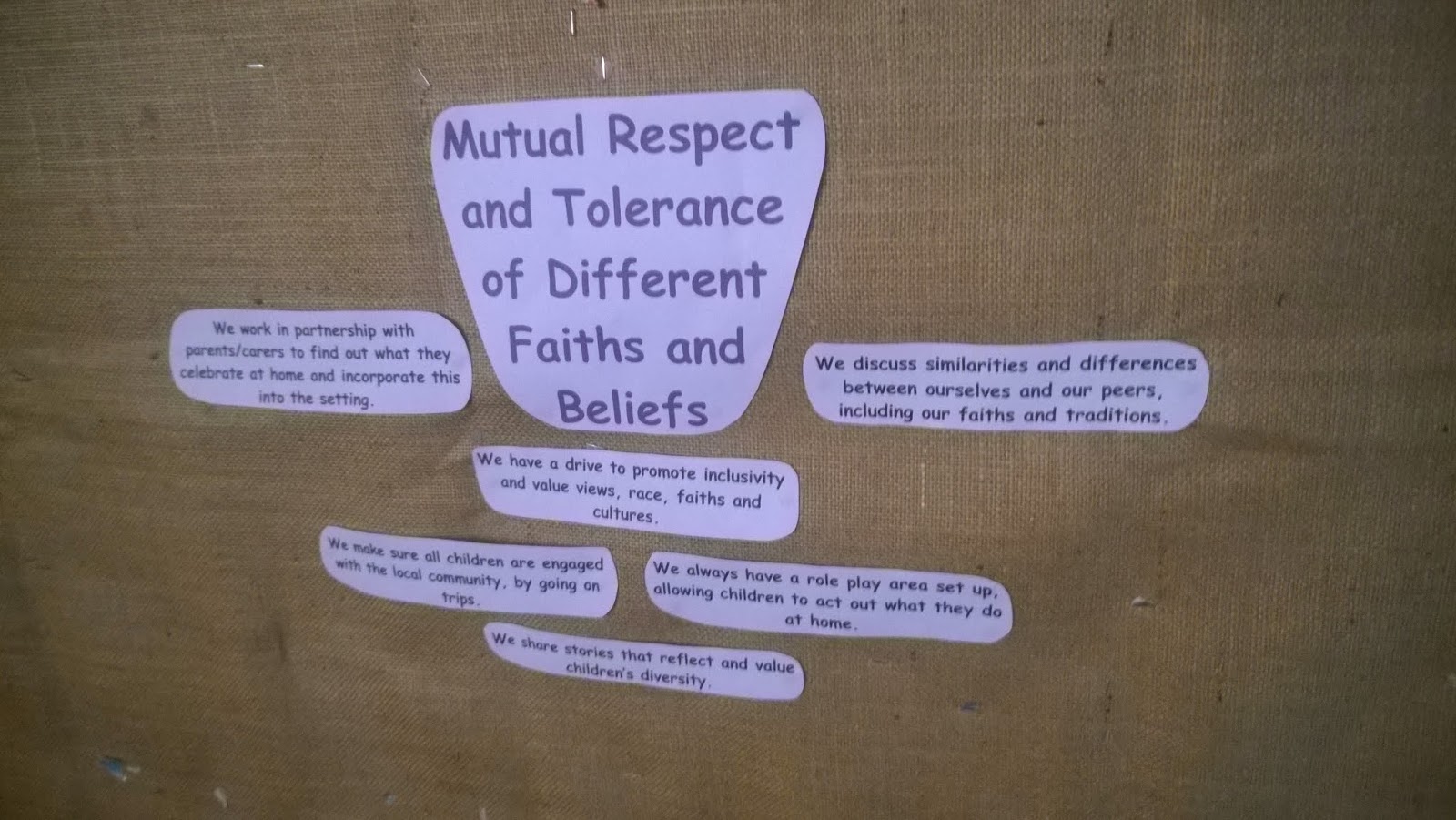 Well that was probably to be expected then really wasn’t it? I held onto my optimism for as long as I could. But the moment it evaporated was probably just as Mr X read out the team line-up as we walked from the car to the ground. Here was where I’d realise that my dreams were to once again be shattered. But someone needs to tell the story regardless, so here we go…

So yes, it’s Surrey Senior Cup action once again! And don’t we all know that this competition is a bit of The Duke. Sort of a flat cap of a football competition really. But like the much maligned Ginger stepchild, it’s not beloved by many people. But do we care? Do we fuck! I’m still on the hunt for that 16th elusive victory, the one that’ll put us up there with the big guns of Dulwich as the finest the county has ever seen, but we know that it’s getting harder and harder these days. But you never know, one day that might change…

Mr X was once again to play the driver for anyone that wanted to experience this event and could actually be bothered going, so obviously I took up his offer with open arms. Dr Bell was also going to grab a lift. I was first to be picked up. Five minutes later on and we were waiting for a very late Dr Bell to actually get his arse in gear. As it’s the bounty of the county, no journey is ever too arduous,  onto the A3 and bomb down to the M25 before winging round to Chertsey. So simple was it, that it was still before seven when we arrived at the ground. Parking has always been a bit of an issue round here and with the car park already near full, we managed to find a spot down the road. In front of a Bentley no less. Don’t think it was Dos’ though. Chertsey is a ground we’ve not visited for a competitive match since 96/97, and according to Dr Bell it hasn’t changed a bit and it’s very much of the type of ground that some of the more ‘retro’ amongst us have a tear in our eyes for occasionally. Away day to Chertsey would be a blast from the past for some. If only it was a yellow pitch as well…

£7 entry, of course paid for by every one of us rich Londoners with a crisp £20 notes and it’s onto the bar. But not before Mr X is persuaded to buy a raffle ticket from a fella with a table full of wine, beer & a tub of Fruit Pastilles. “What are the prizes?” he calmly asks. “Only one” says the geezer “All of it!”. Wow, fair play to Chertsey. Talk about winner takes all. Sadly, we didn’t win though. Finally into the bar and we see that plenty of the board have turned out to “represent” as the kids these days call it. There was also a fair few Sutton fans about. So much for it being an unimportant game for some! The line-up is announced and it’s no surprise with the team we’re going to put out. Boys against the men it seems. Funnily enough with a certain Dale Binns playing for Chertsey, it means that they’ll have more Sutton first team experience out on the pitch than ours combined.

Just before the match starts, we all decide to head to the tea bar to grab a spot of food. And the price wasn’t too bad. £3.50 for a cheeseburger or £1.50 for a double hot dog. Well it filed the gap for  a small while. Having to walk to the other end of the ground we spot our man Binns and he gives us a sign of recognition. Top fella. If only someone hadn’t forgotten their last “Let’s all do the Binnsy” sticker eh?

The game begins and surprisingly Sutton actually start quite well. They were getting the ball down and wide with some ease. It could be like as Southampton Steve said, this team play together all the time, so there’s more cohesion then when you shoehorn in some of the first team with the young’uns. But could they keep up this momentum?

Unfortunately, a lot like the first team, they failed to test the keeper with much on target. In fact neither did Chertsey at our end for that matter. And it seemed that both keepers were instead trying outdo each other with how many times they could kick the ball out of play. In fact Dr Bell was called into action more as a keeper as he pushed the ball over the fence as he stopped one of our wayward shots from smacking him in the face. Their number six managed to stay on the pitch despite a near knee lunge on one of the youngsters. Surrey officials eh?

With half time fast approaching, Chertsey suddenly took the lead. It really came out of nowhere, but we gave the fella way too much space just outside the box and he lashed it home. To be fair it was a good hit, and left the keeper flapping at thin air. But it was a disappointment to see Sutton go in at the break losing. Still, at least it wasn’t the bum-fest we’d feared against an in form side. Yet.

Second half begins and one change is spotted and that was Binns who had been replaced for the home team. This half was to be totally different affair from the first as Sutton soon run out of ideas as the home team appeared to have ’em worked out. So again, much like the first team!  Midway through the half and Chertsey could’ve put the tie well to bed were it not for some criminal misses. Several chances fell to them, one came off the bar and another came off the post when it was easier to find the goal. Even our keeper pulled off a top notch save.

Near the end of the match and one positive that we could take out of the game is the tea bar behind us decides to close shop and hand out free cones of chips! And as we know, everything tastes better when it’s free, even when you’re fuckin 1-0 down to Chertsey in the County Cup. Apart from one soft header in the whole half there’s not much to mention, but Sutton are given a last ditch chance with a free-kick just outside the box on the right-hand side. But like many a set-piece it’s only lofted in and ends up straight in the keepers hands. Not long after and the ref blows full time on another Surrey Senior Cup ‘adventure’.

I have to be honest and I think that whilst there are a few competent players in this side. There are those that might need to think of a different career altogether. And that is despite what the ever optimistic Magnum P.I. (happy 60th you old git by the way) would say about it. Man City would’ve destroyed this lot. But fair play to Chertsey, not only are they top of the Combined Counties and into the last 16 of the FA Vase but now they’ve got revenge for the 2-0 85/86 final defeat we inflicted on them. Bastards.

After the match and it’s a quick bee-line for the exit and the car as I can’t wait to get out of the place and back home. I was that quick that the rest of the group thought that I was still cryin’ in a dark place somewhere whilst I was actually waiting by the motor. Me? Cry? Only on the inside lads, only on the inside. With three of us in the car, the ride home took half hour so we were at least winning in that respect.

Checking on some of the other results from the night we saw that our league position hadn’t changed and we remain in the play-off spots. Casuals (of the Walton kind) & the homeless K’s both went through on penalties in this very competition. And what the fuck is wrong with Football Web Pages? Giving me the wrong fuckin’ scores! Spennymoor won 2-1 and Maidenhead lost 2-1 don’t you know. Anyone would think it’s run by a K’s fan or summat!

No rest for the wicked though and we move on to Saturday. Spennymoor away in the FA Trophy no less. But thanks to the lateness to the decision to reinstate us and the ‘different’ approach Bromley FC have taken to reimburse their travelling supporters, means that there’s no cheap train tickets to be had, so a drive up and an overnight stay is on the cards. Oh joy of joys! This one is going to hurt the wallet, I can tell you. Oh well, we move on. Enjoy!