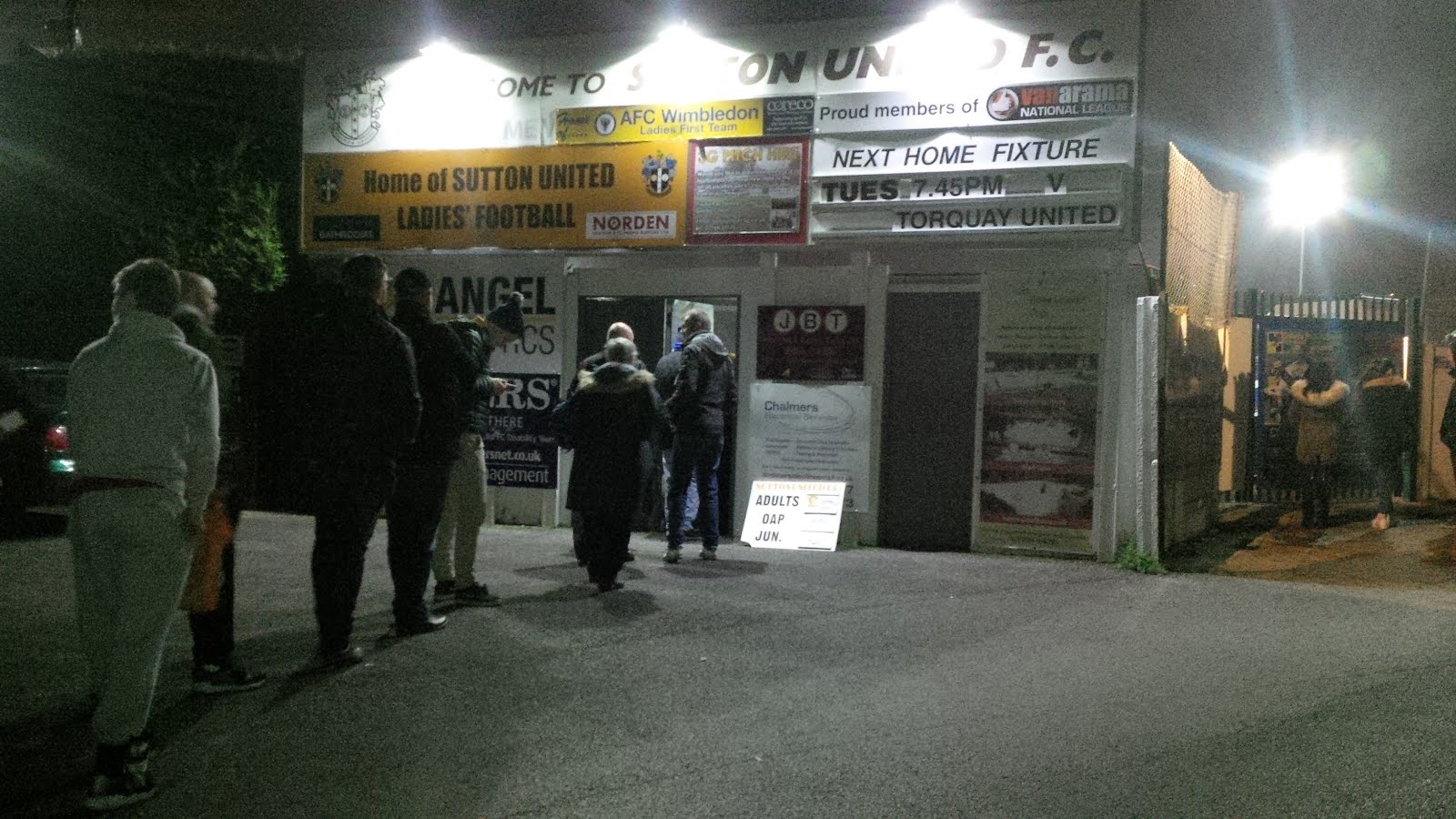 As I head rapidly towards formal and legalised “concession” status, rather than just trying it on at the turnstile on a wintry awayday or at the pensioners lunch club down the Nelly, I find myself drawn increasingly to the more simple pleasures in life and the headlong dash towards what the marketing men laughingly call the Festive Season just serves to reinforce my more basic instincts.

For me that means my armchair, a decent bottle of Rioja, a bowl of walnuts, Manchego cheese, my elderly ginger tom cat Sid at my feet and various box sets of my favourite seventies TV sitcoms. If you read these missives for the football and don’t fancy a whopping great dollop of nostalgia then I suggest you scroll down until you hit the team news and, yes, there is a Torquay thread running all the way through as will soon become clear.

But anyway, this is my point, the seventies was the heyday of the sitcom, much as it was the heyday for so much more like music, strikes, football and fashion – well maybe not fashion, certainly not before 1976 anyway – but I need to be careful here that I don’t drift off topic.

Here’s the Top Five for the novice looking for a gateway to my world :

We would kick off at number five with the superb Rising Damp and the gloriously tight-fisted Rigsby and his toxic cocktail of sexual and social repression.  Brilliant.  Give that some wallop and we will be ready for some of the early black and white episodes of On The Buses and those simpler days when the world revolved around skiving, bunk-ups, smoking and a crate of light ales.

A time capsule from a social and cultural era long past? Of course, but probably less so than my next pick out of the selection box, Til Death Us Do Part, and the great characterisation of Alf Garnett by the legendary Warren Mitchell. Warren was a Jewish working-class socialist but it remains the case today that there are still people who laugh along with Alf rather than at him, the mugs. Hats off as well to Una Stubbs, Dandy Nicholls and Tony Booth, a lot of those scenes around the table were improvised – sheer brilliance.

Throw in some more classic working class characters from Oildrum Lane and take a look into the world of Steptoe and Son, I can still remember when there were terraced houses in Tooting where the ground floor was the entrance through to the totters yard at the rear. Before the ponces moved in.  Have some of that and wrap the night off with a trip up to the North East and the Likely Lads. Nothing sums up the over-indulgence of the Sky era better than the episode where Bob and Terry almost manage to go a whole day without hearing a football score so that they can watch the evening highlights on the box. Try that in todays plugged in world.

I know, I know, this may all be vaguely interesting you are thinking but isn’t this a football blog and when the fuck are you actually going to mention Torquay? Fair enough, and the answer is now as it goes, as the most famous thing to come out of Torquay is without doubt another slice of seventies sitcom – Fawlty Towers. Good stuff, beautifully scripted and acted but it fails to make the cut alongside my fab five but it serves as the closest I can get after six hundred words to scraping a lead in to tonight’s top v bottom clash.

You think that’s a tenuous link? Well good for you mate, you can just sit there in your pants reading this shit while I try and avoid mentioning the ominous feeling that a game against the bottom side in the league always swirls it’s way around Gander Green Lane. Putting all that to one side I bump into Marcus on the way back to the PRoWS after a heavy day in the Smoke and while he’s planning an early start in the bar I’m off to the gym to chuck some weights about and get my head together. A quick bob up and I dump the motor back home and am up the Lane and into the bar for a quick scoop before kick off. It’s thin on the ground in the lounge being a school night but Belly tells me he’s brought my brother in law into his darts team on a Bosman and the old bugger is pulling his weight. Which I’m pleased to hear. Duke and Taz arrive just as I’m fucking off to grab some pics and some atmos as a heathy queue of paying punters snakes down the drive way.

Round on the Shoebox it’s a decent turn out and other than Bacon posing an argument that Back on the Shoebox Terrace sounds better through the busted PA speaker above us, everyone is behaving themselves. Although I now have a feeling in my waters that I may be lumped with rooming with Dirty Barry in some Blackpool doss house for the end of season Fylde jolly boys outing. You’ll pray for me, won’t you?

Becks is out after gashing his nut in the Halifax nailbiter on ‎Saturday and Tommy Wright also seems to have clocked a bit of concussion so doesn’t make the cut but good to see the prodigal son Sterny on the bench. Downs is back in the heart of defence. That’s grand but it’s not long after the off that things don’t appear right. Lethargic? I should cocoa, Torquay are straight out the blocks while our lads are still scratching their arses and adjusting their bollocks.

We’ve seen lowly teams fired up at GGL before but the west Country boys are really pumped and charging around like well organised maniacs on a big night out. After a couple of warnings they catch our entire defensive unit frozen in time like alabaster statues and take a deserved lead on ten minutes. Does that get us going? Not really. It’s windy and we are lumping aimless balls about the shop, often into touch, and doing very little creative work and barely bothering to play Tombo in out wide. I spark up a lah dee and that is very much the highlight of the first half.

It’s turning a bit nippy. “Winter drawers on Barry”. “No not yet mate. I will stick with the lurex posing pouch until the temperature drops a few more degrees”. Alright, please yourselves.

Dos looked well unhappy before the HT whistle and fair play to him and we are expecting arses to be kicked and hairs to be singed but not much really changes as the second 45 gets underway and but for some good work by Jamie Butler a well drilled and highly motivated Torquay could have given us a serious kicking. I’ve not dragged this team out the depths of the Isthmian League to the top of the National and I have nothing but respect for those who have but I don’t get why it takes so long to get a fit and fired up Stern into the action.

With Bailey on and us going three at the back, and Ross given a chance to get busy at last, we also start getting Tombo into the game and really give Torquay something to think about in the last twenty minutes but their defence is having a fine collective game and as the minutes ebb away so does any chance of us grabbing anything out the match. And so it proves.

Course it’s disappointing to end the unbeaten run at home like this and as I head out the Collingwood gate for home the away fans are deservedly celebrating an important victory with their lads. They will see this game as a turning point in the wacky world of the National League. We will go again on Saturday at Guiseley ‎and have built a reputation on bouncing back. Still well in there and way ahead of expectations for the back end of November.

When I get in I hear that Likely Lad Rodney Bewes has died. So I will be watching a few episodes later…..tomorrow’s almost over, today went by so fast, the only thing to look forward to’s the past…..