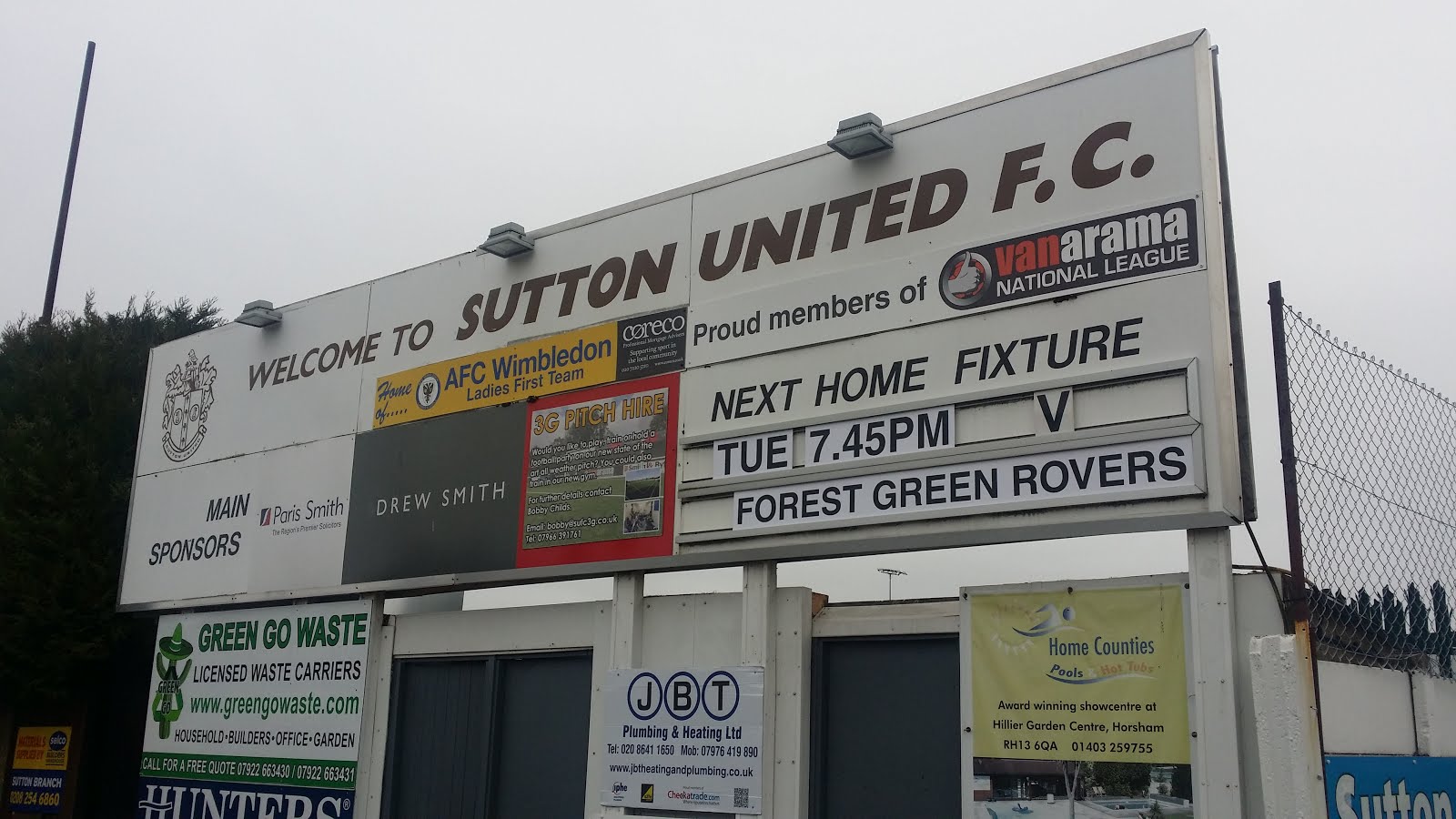 It would be fair to say that my old man never really understood vegetarianism. He was an advocate of the old-school principle that everything from an animal’s arsehole to its snout was all fit for the pot. There used to be a stall in the long-lost , and long-lamented,  Sutton Indoor Market where you could get offal of every description. Trays of assorted guts would be lined up wobbling and shimmering under the strip lights.

Once the old fella had made his selection it would be off to the Italian Grill before the blood-soaked paper packages were stashed in the back of the Hillman and it was a quick swing down to Gander Green Lane to watch Ricky Kidd spanking the arse of Dulwich, Tooting, Walton & Hersham or some other bunch of Rothman’s Isthmian League hopefuls.

Some years later I had a girlfriend who was a vegetarian. Dropping this bombshell on the old man he lowered the Evening News and raised an eyebrow and I could see that he was thinking to himself: “What? No meat at all?”

If you think I am going way off-beam here kids you could not be more wrong as this particular missive is all about our home clash on a spring Tuesday night against Forest Green Rovers – the only vegan football club in the world! Don’t get me wrong here, I’m all for sustainability but if it means a ban on sausages then it’s no contest and you may as well give me a date for the end of the world. And don’t even get me started on fair treatment of animals – I travel on the fucking Thameslink EVERY FUCKING DAY!  Them veal calves don’t know they are born mate.

Anyway, things have spun full circle now and my eldest daughter announced on starting university last year that she was going veggie. Couldn’t see the big deal as I always assumed students lived on a diet of subsidised Jaeger Bombs and Jaffa Cakes anyway when they weren’t lounging around doing fuck all and bleeding their parents dry. Yep, I am also very pro further education as well.

But I’ve got the football on my mind and the excitement in Tott’s Towers in the past week has only been heightened with an unexpected new arrival – a beautiful 1920’s Norton turnstile, formerly of Brockenhurst FC and rescued by yours truly from a scrap yard deep in the New Forest. It has now been restored back to full working order and sits at our back gate and on these longer spring evenings me and Mrs Totts sit around it with a brown ale and a Woodbine discussing the merits of a return to the gold standard.

So it was with a spring in my step, and a quick turn of my newly-greased central spindle, that I head out of the official residence and take the left turn up the Boulevard of Dreams which is Gander Green Lane towards the lights of the Borough Sports Ground. I don’t do this new-fangled bollocks about granting naming rights to football grounds, so all that ‘Knights’ stuff can do one.

Forest Green Rovers is going to be a tough challenge any night of the week although as I cut through the Collingwood Rec I remember with a smile on my face that last minute goal back in late autumn that kick-started our epic and historic FA Cup run. Vaggy is on turnstile duty at the Colly End this evening and appears to be lurking around in a dark and damp cupboard. Which would undoubtedly scare the shit out of anyone trying to sneak in for gratis. Good work mate.

The usual ….”Now…..That’s What I Call The Eighties‎!”….cassette is blaring out across the night air and I head towards the spiritual home of the hard core, the reprobates, the ne’er do wells and assorted 12 Step Programme failures. Ladies and Gentlemen, I give you the Shoebox Terrace in all its after dark glory.

I’m not gonna lie to you. Things have been a bit frosty up on the top tier of the Shoebox with the Cheam Park DILF’S since rumours started swirling about in the local press of outdoor sex hotspots, bearded men in wedding dresses and all sorts of other old How’s yer Father. Well let me nail my colours to the mast right here. I’m not a prude and I’m as broad minded as a son of the seventies can be, brought up on a diet of Carry On films, Prince Buster, well thumbed copies of Razzle and offal. If you’re a member of Dirty Barry’s Dogging Circle you are welcome in the House of Totts any time you like. Just preferably not when the missus is in.

Meanwhile, back on the pitch the game gets underway. We start brightly. We are playing a high line pressing game from the off which I like. It’s a shame we didn’t adopt the same tactics when we were trying to hold onto a lead against York on Saturday instead of dropping so deep the players weren’t listening to the crowd singing, they were listening to fucking whale music. But that’s all water down Pyle Brook now. We’ve got a good share of the possession but neither side is creating very much. FGR are set up with a man playing off the shoulder of the last defender and as I comment to the Bacon Rollers – unlikely converts to the vegan persuasion it has to be said – that looks ominous.

If I’m going to make a constructive criticism it would be that we are playing too narrow and not making the most of Roarie’s pace and ability to beat a man. It denies us the obvious out ball to the left flank and we resort to lumping it forward far too often. We come closest from a good ball in from Kev from the by-line that Coombs connects well with but scoops over. For the first half hour it’s an even contest but to be fair without much end product from either side. Then it all goes a bit Radio Rental.

A sharp break by Rovers leads to an excellent ball into our box and from a free header their centre forward meets the ball cleanly and smacks a header off the underside of the bar and it bounces back out. Now we are watching Space Invaders played with a bar of soap and the ball is pinging around our six yard box and how it doesn’t go in beats the shit out of me. But eventually it is scuffed away for a corner. In the process Pudds has taken a real knock and is on the deck for a couple of minutes getting treatment.

The game restarts and FGR go through their training pitch routine, which we saw and should have noted last time they were at GGL in the FA cup game, which involves a fake attempt to take the kick before they rinse and repeat to catch us out of position. It works, and with a combination of that and Puddy still looking groggy from his knock, the ball is nodded home for one nil.  It’s a blow, but recoverable. What we don’t need now is a calamity second goal…..so, a few minutes later the ball is knocked over JC, their nippy striker wheels off him, Puddy comes hurtling out like The Duke at the last orders bell, gets nowhere near the ball, striker knocks it past him and strokes it in the net. Two nil. Absolute bastard of a thing.

That’s about it for the first half. I haven’t mentioned the ref and his hallucinogenic cards policy yet but don’t worry, I will have a cup of splosh and get round to him later. We start the second half well and are getting some width into the play now and making some progress down the flanks but Jeez, we need a goal and our lack of a cutting edge from the forwards, albeit up against a solid FGR defence, continues to be a worry. Rovers seem reasonably content for us to have plenty of possession but we are huffing and puffing a bit to be honest. The oppo seem to have clocked that the ref is soft on them and start slinging in some nasty looking challenges and as various flare ups break out it is pretty obvious that the officials are quickly losing control of the whole shooting match. As we head towards the last phase of the game FGR are reduced to ten men after a straight red for a cynical challenge on Max. It seems to spark us on a bit and maybe there is just a sniff here for us.

A sweet finish from Cadogan for his first goal for the club towards the end of the ninety minutes has guaranteed a frantic ending and so it pans out. The free kick is right on the edge of the FGR box and it is complete and utter chaos with the ref not even bothering to measure out the distance that the wall is back from the ball although we can all see from the Shoebox that it is no more than six yards. Fucking ludicrous when we have one last chance to rescue a point. Inevitably, the kick is charged down and the remaining seconds tick away but not before Coombs has one last charge into the box that is blocked off.

At the final whistle the nonsense continues with what appears to be the FGR bench getting themselves all busy and screaming their tits off. Fuck only knows that they’ve got to get out in their pants about after grinding out the three points they were after to keep themselves in the hunt for promotion is anyone’s guess.

Anyway, I’ve had enough for the night and head for home. If you are in town on Friday night I will be slinging on the guitar and supporting the superb Pogue Traders at their St Patricks Day special up at Nambuca in North London. I may well plug straight through for Aldershot away on Saturday when Duke will no doubt be regaling you with tales about the continuing parlous state of his Newington Butts. You lucky people.