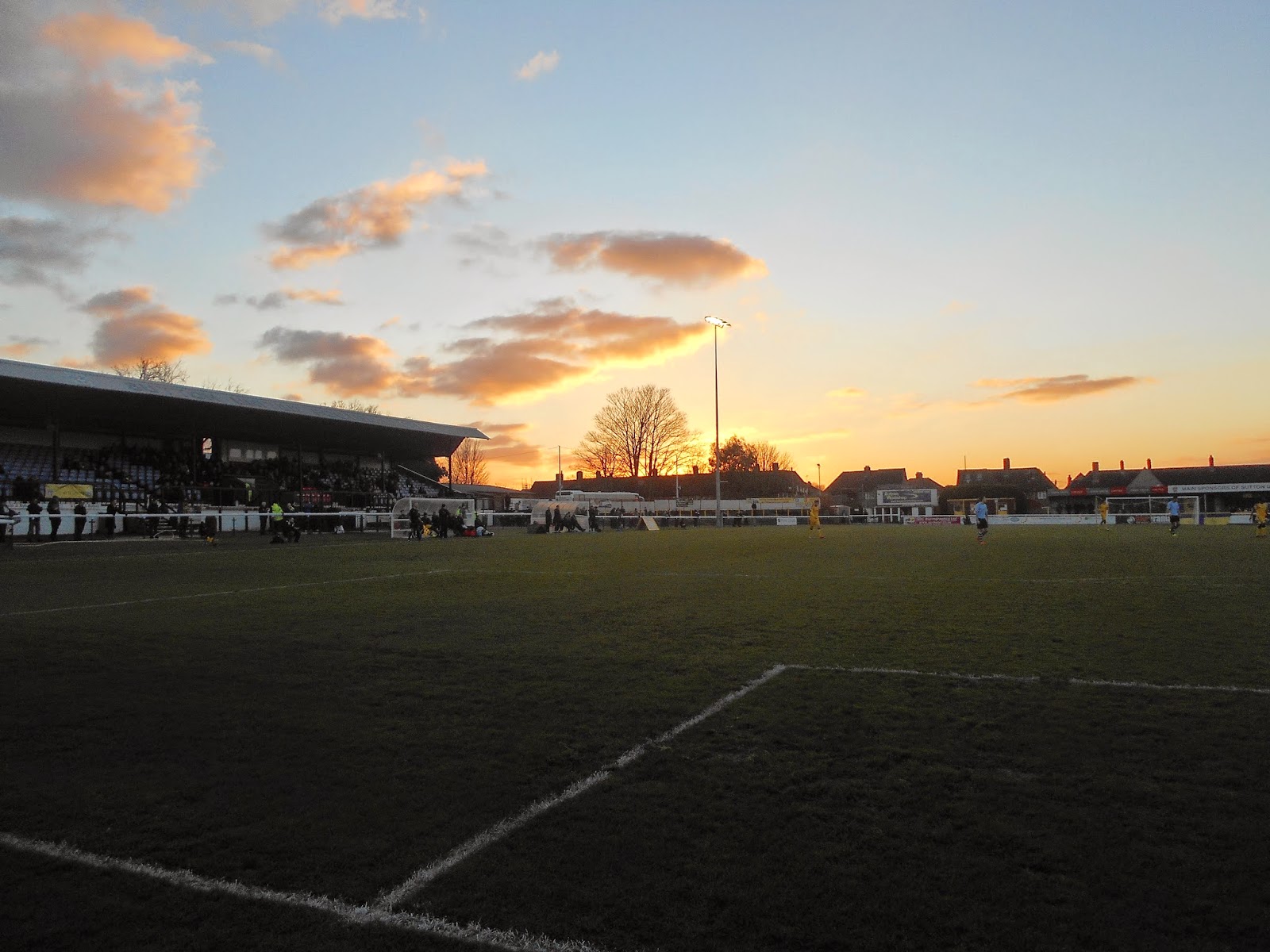 In the words of our very own Able:

“I didn’t see that coming”

From the position that we were in at half time and looking at some of the scores on the old box, I will have to admit that I wasn’t expecting a turn around like that.

With our 200th blog around the corner being left for our esteemed editor-in-chief, it was down to yours truly to cover the game against Stale Buns sandwiched in between the Boxing Day and New Years Day ties against Wealdstone. And much like the third day of turkey sandwiches lets try and swallow this dry old bird.

I won’t lie to you. Christmas is not the best time of year for your very own working class hero. Just because I have Christmas Day & Boxing day off from work it means that I have to work three consecutive Saturdays. Being dumped out of the FA Trophy at Hemel meant that for the first time I would actually be able to do them all. Not only that but I’ve managed to break another computer chair and Gawd forbid I’ve only gone and broke my pepper grinder! FML as the kids say.

I did think that the day might not go well when arriving at the station to catch the train. The whole entire setup had been up the creek since Christmas and even the train I was supposed to get on was delayed. In fact it went from seven minutes to eighteen minutes before settling on ten minutes before it actually arrived.

Arriving late I headed straight for the bar. Wardy & Burgers were already there watching the footie on the old box. Taz & Mr X weren’t far behind as due lack of staff there was going to be no Rose’s for the game either. Still they came bearing news that Our Lord Dos had said to them that he was about to do something radical. Mr X guessed it straight away by asking if this meant that Clough was going to play upfront. Hey the boy is a mind reader!

There was also a visit from the Duke of Tonbridge AKA Mr McKimm who put in an appearance. Several of us gathered around to find out what life is like in the Ryman league. I was very surprised to find out how much the budget is at Tonbridge and what the Kingstonian fans were like, but to my disappointment it appears they were more interested in having a go at each other.

The Firm took their positions behind the goal at the Rec End. The first fifteen minutes saw Sutton try to carve out some chances without much success. Suddenly out of nowhere Amankwaah goes to ground holding his calf. Dr Bobby is called onto the pitch, followed by the tell tale sign of a sub is on his way and the Legend that is Dundo is soon swung onto the pitch.

Instead of pulling Clough back, our Lord Dos sticks Harry at the back and Jacko on the right. Ten minutes later we were still none the wiser until Dundo gave White a perfect through ball to attack. It was then White’s turn to pull up with what looked like a hamstring. Medlock is brought on to replace him. So that was twenty-three minutes of the game gone and already we had lost two bodies.

Four minutes later and we were staring into the abyss as Stale Buns took the lead. In possibly the only proper attack from them in the first half. An simple shot took a nasty deflection that sent the ball towards the other side of the goal and just past the outstretched hand of Lovelock. Bloody Bollocks!

Surprisingly this managed to galvanise the players somewhat. First Jacko had a shot cleared off the line and then Gomis saw his shot tipped away by a good save from their keeper. Next came a cross from Cloughie that hit a diving fella on the six yard line. I personally thought it didn’t hit the guy but some around me felt it did and voiced their opinions towards the linesman rather forcefully.

The actual cross eventually fell to Wishart who managed to hit the ball straight at the defender on the line. To be honest it was this that had me shouting in disbelief. Aiming the shot anywhere else would’ve no doubt been a goal. Still there was time to see Clough miss a clear header and then manage to have a shot from two yards out clearing not only the bar but the stand behind it.

With the half time score at 1-0, I headed to the bar to drown some of the sorrow out of me. This wasn’t made any easier when the news that not only Staines but Farnborough were also winning. Still, a nice pint of Bulmer’s always goes down a treat.

In the second half some of the Firm took up residence on the infamous Shoe Box. It took only seven minutes to level the scoring. Gomis had the ball in our own half and sent the leather thing flying over the defence. Medlock, maybe or maybe not offside, took the ball in his stride and headed towards goal. Unlike Basingstoke away, he managed to put the ball past the keeper and we watched agonisingly as the ball rebounded off the post and over the line. 1-1!

I couldn’t believe it, but we were back in the game. This was followed by the winner just over ten minutes later. Cloughie picked the ball up just outside the box and then did the business like the legend that was John Rains, by beating two defenders and sending the ball past the keeper into the back of the net. 2-1!

The last twenty minutes became very bitty with Medlock, Southam & Cooper picking up yellow cards. Wishart was lucky not to get anything after going in on a Stale Bun that had caught Medlock very late. Lovelock also managed to do what Julian failed to do a couple of days before and stop a cross from finding its target at the death.

The bar was calling and after doing the nets, I was straight into the warm. With me having to work I couldn’t stay out all night, but this didn’t mean I couldn’t have a couple of small ones. As per usual we didn’t win nothing in the ‘Strikers Are Key’ draw but to be honest we were more interested in the replay of the Germany vs Brazil WC Semi game on the red button.

So that is it for 2014 and at least we got a victory at the very end. Wealdstone are our first visitors down the Lane in the new year. Taz will be covering that game, I’m just worried that he might be a bit hungover from the night before.

Lets finish with a random photo of a piece of “Art” that takes residence in the Harem of the Duke.