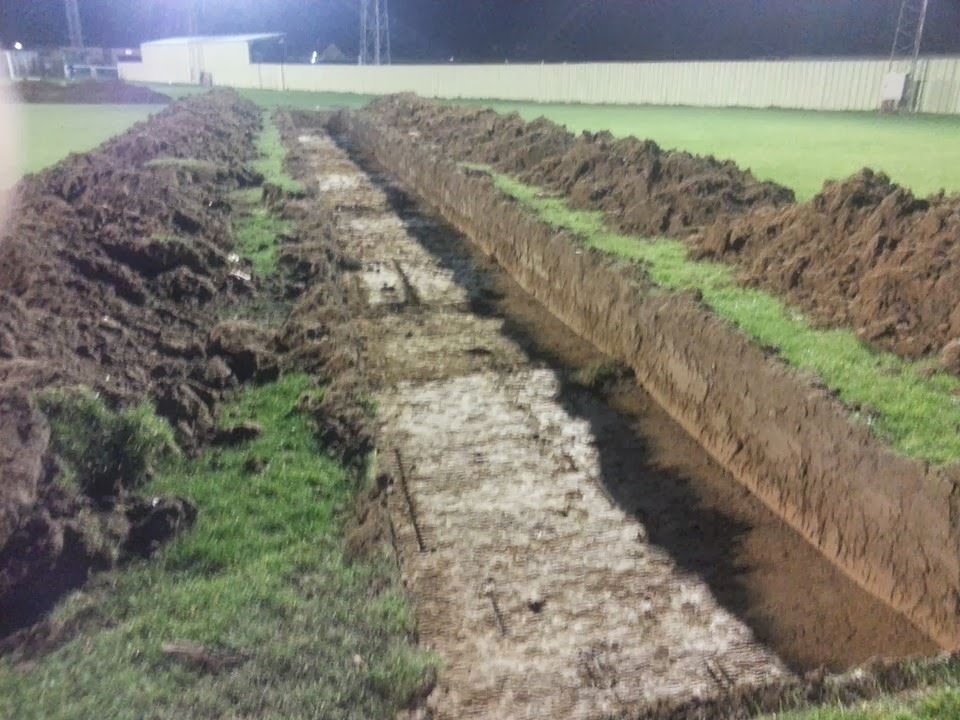 …are the future of tomorrow!

It’s been a while since I’ve scribbled down some notes about
a game of football, and all the other shenanigans that go with it, well mainly
drunk stories to be honest.  I thought it
best to pull my finger out, and get myself back on here, and put together some
kind of input! Let’s be honest Dukey looks as though he may be starting to
lose weight from all the typing he’s been doing of late. HA!

It would seem that normal service has resumed within the
last week, out fixture Vs Weston was on, and a great game that was. Bagging
three goals and three BIG points. Our next fixture was scheduled in for Tuesday
night away at Dover. Now being the kind of man that says to himself, there is
no chance in hell that I will get out of work in time to get my arse to Dover.
I knew in my heart of hearts that there was fuck all chance of me getting down to
seeing the White Cliffs once more. So I left the task in hand to the other
boys. Instead, to get my football fix, I did indeed head up to Ice Station
Banstead Athletic on Monday night to take in a game of football, to keep the
addict demons at bay for a couple of days…until the weekend comes of course!

So with the keys to the Fiat 500 in hand, I set off in the
direction of Merland Rise, making a quick stop en-route at the local chippy to
grab some pre-match grub. On arrival at the ground I spotted the silhouette of Rob
looking a tad cold next to the entrance gate. Being the gent that I am I
offered him a few of my deep fried chips to warm his cockles! Arriving some 45
minutes early I had a bit of time on my hands to kill, so I ventured across
onto the warm up area of the ground where I bumped into my brother taking the
Youths through there warm up. One look across the pitch, and it would appear
that Banstead Athletic are preparing for world war 3, or they have a major Mole
problem.

After a quick chat with my bro he in fact advised that Banstead are
looking to put in one of those 3G Pitches. Don’t we know a mini Hitler down the
road that tried this one, and got DENIED! How we laughed at his plans! Seeing
as I was the only mug in the middle of a training park, I was given my orders
to return back to the changing room to pick up the water bottles. What am I
some kind of water boy? Returning back with the bottles in hand, typically the
weather changed and the heavens opened up.

I mean for fuck sake we’ve really
had enough of this rain for sure! So getting soaked I still had 10 minutes or
so before kick off so I swaggered off back to the car to seek shelter and warm
up a tad.

Bearing in mind these
lads haven’t played a game for the last 6-8 weeks, you could see they were
raring to go from the off.  In the first
half, it was pretty much all one way traffic from the lads.  A great ball over the top, and with young Stitch
reading the ball well, and keeping in line with the last man, ran through but
the young Leatherhead was quick off his line to close the angle and palm away
the shot from Stitch. Sutton Youth continuing to press using both channels to their
full advantage.  A nice little bit of cut
in and on-two work on the right channel again saw the attempt on goal saved
once more. Leatherhead now on the back foot from the constant surge of chances
and attacks from Sutton, an effort from some 25 yards out was palmed over the
top by the keeper. What followed was a perfect delivery in from the corner
flag, and completely unmarked within the box,
a  head from Lewis went within a
hair from the rear post. I must say the Leatherhead keeper was really keeping
in the game in the first half, pulling off about 5 or 6 decent saves, bearing
in mind the conditions weren’t the best in the world, I take my hat off to him.
With the half time whistle blown, it was time to head inside and grab a cup of
the finest Tea the old dear could offer me for a quid. Tea and Mars bar in
hand, I headed back out into the wilderness, rain and cold, and once more took
my stance back under the Terrace.

Second half under way, and some 6 minutes in the deadlock
was finally broken, a bit of twisting and turning in the box, and a left footed
effort found its way in the back of the net. With Sutton one up, you could just
tell that more goals were going to come. This is the most enjoyable thing about
watching the Youth Team; they just keep banging them in for fun.  With the Leatherhead boys dropping off the
pace, U’s  broke on the counter, and
pressing hard down the right channel swung the ball into the box, and back
across once more, a low fired shot into the bottom of the corner, and they push
their lead to two.  Now we are in business,
more goals follow, a long ball over the top, and Stitch once more bursts
through, beats his man, and with just the keeper to beat, smashes the ball low
and hard into the back of the net. This young man Stitch is one to watch out
for the future, bags of potential this lad. Happy Days are here once more; I
look over and catch a cheeky smile from Mr X.

The lads go on to win this game seven nil, and fair play to
them, they deserve it. They’ve kept themself fit and focused whilst all their recent
games have been called off due to the adverse weather conditions.  I admire there spirit and the way they play.
They go into games with confidence, and they play decent football, which is a pleasure
on the eye.

So they have beaten Leatherhead in the County Cup Quarter
Final, so on they progress to play Leatherhead’s other team in the next round. Bizarre
I know, but it’s all good. So there we have it, a little snippet, about where
potentially our future crop of 1st team players could be coming
from.

See you at Eastbourne on Saturday.