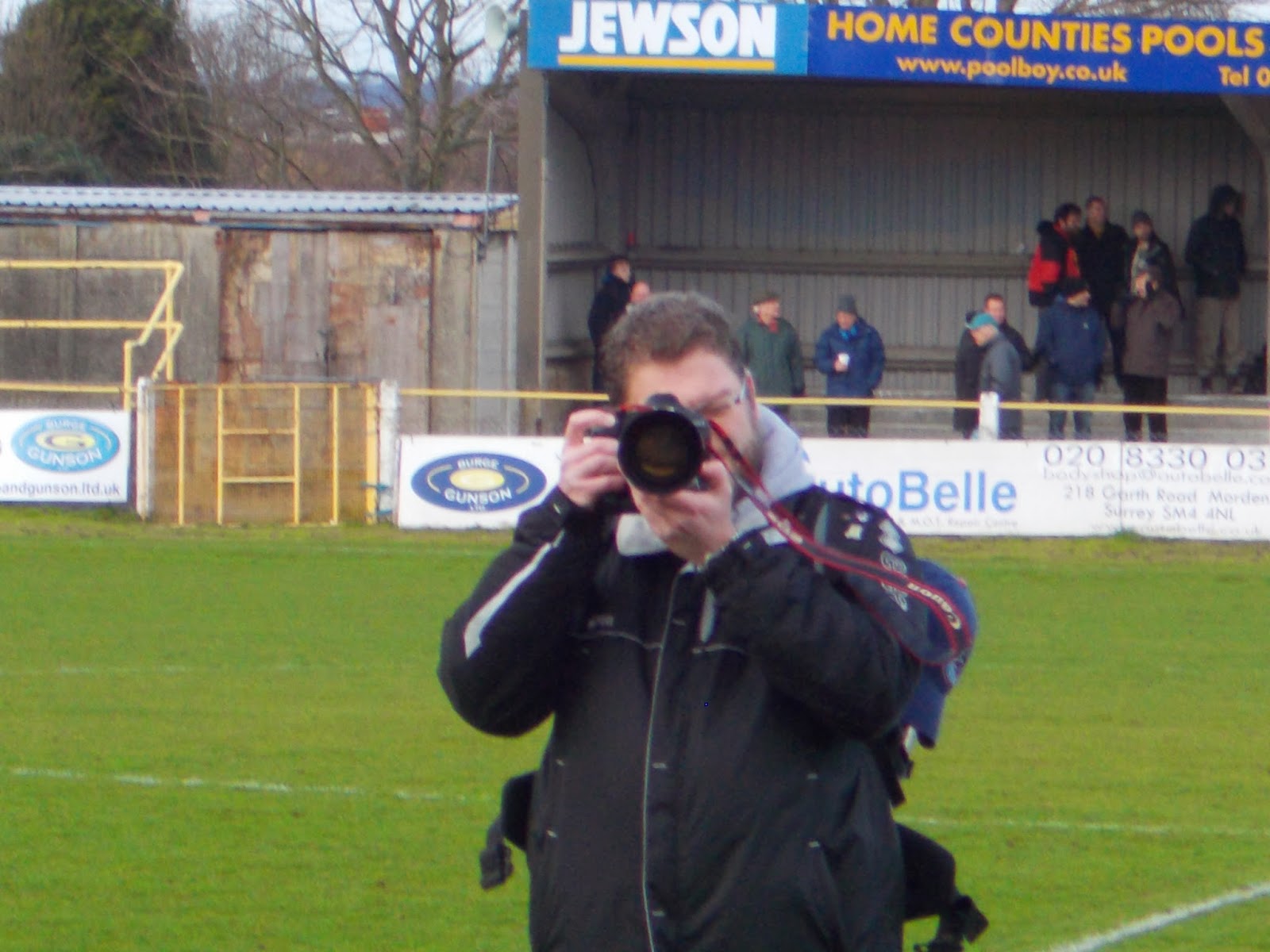 Can’t believe it, we actually have a game!  I like most people thought that once again thanks to the weather we would not be seeing the boys at home again until March. But lo and behold we’ve managed to appease the weather gods for at least five minutes and get some respite. So with the posh people skiing in France and the poor people getting battered by the wind and the rain the visitors for today’s clash of the titans were Weston-Super-Mare.

Before we begin today’s adventure lets start with a little back story. Spot of luck this week my camera got repaired, well when I say repaired, I mean replaced. Because somehow it was still under warranty so I didn’t have to pay a dime. Of course lady luck was on a tight budget this week, so I also managed to walk into the back of my lorry at work and smash my bloody phone. So no heavy breathing phone calls for a while from me while that gets fixed, sorry to disappoint you ladies.

Being phone-less I was unable to heed the text messages about today’s boozing game but as luck would have it I’ve been to Gander Green Lane a few times in my life so I knew the way there without needing any assistance. Meeting the Firm Leader at the station I managed to clock that the barriers were open so I shifted through as quick as I could. The only snag was that the train we were due to get was delayed so after deciding to sneak out for a cheeky fag the bird behind the jump closed the bloody barrier. Either way I was eventually forced to spend £1.40 of my hard earned money to get to West Sutton. Meanwhile the weather didn’t look promising as the rain clouds above us looked menacing.

Arriving slightly later than planned we couldn’t hide our enjoyment that some serious drinking was about to commence. Two of your finest Bulmer’s please barman!

The usual faces began to rock up into the bar and the beer begun to flow freely. Most of the conversations were about how the game got through the pitch inspection and if the pitch was going to hold up. It was also here that we were roped into doing a little forking at half time by none other than Double Barrel himself. Still, if nowt else it would help work up a post-match thirst. After being suitably refreshed and ready for action we headed out into the ground.

The first half saw us attack towards the traditional Rec end and in the blustery conditions it was the Us making all the headway. You could see that the flank near the shoebox was going to be trouble as the sprays of water were flying into the air every time Binns tried to wade through it. The first breakthrough came after twenty minutes when after a weighted through ball from the Shitta (he! he!) beat the Weston defence that was latched onto by Taylor. Then with some slinky skills took around the keeper and with a tight angle slotted the ball into the back of the net. 1-0! Looking back at Loughie’s excellent photo I didn’t realise how close the keeper got to snuffing the chance with his diving tackle. After the walls of the Weston defence had been breached it was now time to hammer at the door with another Taylor shot that wasn’t saved by the keeper in the sense that it just hit him. Then a corner from Scannell was met by the back of Clough’s head and sailed over the bar. The second goal came near the end of the half when after receiving a cross field ball Taylor cut into the box and instead of laying it off to Slabber he went for goal and that is where it ended up. 2-0!

There was no halftime drink for this game as mentioned above, some of the Firm members were required to do a little forking in plain view of everyone as the pitch required some treatment and TLC before the players returned. I don’t know if the forking helped much as every time you stepped on some areas of the pitch the water just streamed out of the top of it. Not to put too much of a point on it but this stuff was runnier that the liquid that secretes itself around Juan’s toilet after a night out.

The second half saw the wind calm down but the Us didn’t relent as we came out seeking a third goal.  I don’t really recall any serious saves that Brown had to make during the game. Somehow John had a bullet of a header saved soon after seeing Slabber and Sawyer leave the field for Haysman and McCallum, we then got to see Binns and a half pitch dash with the ball in tow and slipping it past the keeper. 3-0! A final change of the guard with Scannell being replaced with Sinclair. There was also a chance for McCallum to make it four but his lob went harmlessly wide. That was fair because from my view on the shoebox he was a good couple of feet offside when he took the ball in the first place. From here, the Us quietly and confidently saw out the rest of the match.

After the match as tradition dictates we headed into bar for a cheeky half and to see the antics of our resident comedian Mr Barry gestate his way through the Strikers are Key draw which once again wasn’t won, so the money rolls over till Chelmsford next month. I didn’t pay much attention to the football on the telly as Man City vs Chelsea in the FA Cup doesn’t interest me at all and besides, there was money to be lost on the old quiz machine instead.

So Mainly Madness were in town tonight, just like last night and boy what another cracker it was! I mean its the sort of gig where you stay right to the end and never ever, ever, EVER leave early. Not full on the drinking that had already been done we started to hit our race pace and I forget the amount that was then consumed during the music, but of course being responsible adults no sambucas or jagerbombs were downed. Only pints. By the end of the night you had the Duke and the Editor-in-Chief having a dance off in the middle of the floor. I do believe I won that comfortably, but some people might disagree with me. Including the Ed himself. I do believe we agreed to doing it again next week in Eastbourne though as a tie breaker??

Somehow still not full of beer we headed down towards Sutton and our favourite nightspot TAPAURI!!! Where we decided to try and dent their supplies of bottled Beck’s. More beer and more beer was stuck down our throats before the call was made to head home. Time really does seem to disappear in that place as by the time we got through a local bit of tucker and stumbled home, the time on the last picture taken by my camera shows as 0255hrs. Still all in a day drinking for the ever beloved Sutton firm. Dover away on Tuesday and I can safely hand over the reigns of the blog to our E-I-C for that one as the Duke is taking a rest before Eastbourne on Saturday.