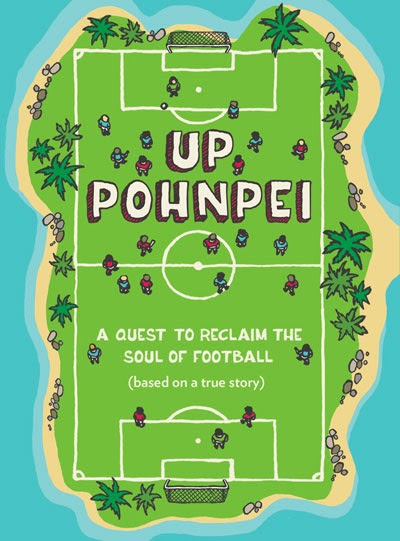 As football fans, most of us have one thing in common. We’d quite like to have been good enough to have had a real go ourselves. And I’m not talking sunday morning stuff, as even ‘tards like me can turn up and run around (ok, jog a bit) hungover on some crappy park. No I mean proper stuff. Football that people actually recognise as ‘real’. From our own beloved semi-pro standard, right up to Internationals.

Now, of course, 99.99999% of us never get close to even bothering to trying to act on these dreams, let alone actually lace up some boots and have a go. Mainly because we are, deep down, probably a bit too sensiblenot brave enough and know we’d never manage it. ‘Cos we’re shit.

Not for Paul Watson and his mate Matt Conrad. Oh no.  These 2 London flatmates found themselves mocking the fact that England, in the wake of their failure to beat Croatia at Wembley, needed lowly Andorra to defeat Russia for them to have a chance of qualifying for Euro 2008. And rightly so. As well know, Andorra are shite. What they also did, is I’m sure something else many other football fans have muttered when the likes of San Marino and Andorra are mentioned in relation to international football.

“Fuck me, I could probably get a game there”.

So, unlike most of us, they decided to find out if there was someone out there bad enough that they could rock up, qualify for and win an international cap. The search proves largely fruitless as they slowly come to realise that even the lowliest nations had players almost certainly better than 2 Sunday morning scuffers like them. Until they stumble upon Phonpei. A tiny island which is part of a chain of 4 and makes up the Federated States of Micronesia. Which is located in the middle of fuck nowhere in the Pacific Ocean, nearly 2,000 miles North of Australia.

It seemed that of the FSM, Phonpei were one of the few to try & get a football team up and running. But in 1998 having played the ‘nearby’ island of Guam, a mere 1,002 miles to the west and who were at the time the 190th ranked side in the world (eg. the worst), they got pumped 16-1 and promptly jacked it in. Technically, because of this they’d never won a game. Ever.

So these two madmen decided they’d have some of that.

As it turns out, having met the PFF head honcho who just so happened to be in London quite soon after, they soon find their chances of getting a cap were very slim given that you had to live on the Island for 5 years to get citizenship as well as surrendering any other nationality they held. So instead, they decided they’d settle for International team management, chucked it all in & headed for the Pacific to try to get the game restarted in a place with the 3rd highest rainfall in the world and one of the highest rates of obesity.

So a bit like taking a job in Glasgow really.

Unpaid and living off their savings, they find on arrival that the only ground has a pitch that resmbles a toad infested swamp, non-working floodlights and a knackered old stand. Oh and that no one really knows how to play properly.

From here, begins the rather amusing tale of how Watson resolves to knock a keen but ragtag bunch into a national team capable of winning a match. And he does have to do much of it alone as Conrad suddenly finds himself earning a place at a prestigious film college in LA. A place he was certain he wouldn’t get, hence why he’d fucked off to a tiny Pacfic Island to help manage a non-existant football team in the first place!

But first he has to get a league going so he can at least see who’s any good. Suprisingly, he and the efforts of a Sri Lankan born lad called Dilshan (who turns out to be the best player on the island) manage to get a 5 team league running and from there then take the step of picking the best players from a rather motley bunch and moulding them into a team capable of representing the island.

Of course, along the way there’s the sort of cultural faux pas you’d expect, tons of bullshit and winging it whilst hoping things like sponsorship might actually materialise. In the end, the side comes together and our author leads them on a potentially haphazard tour to Guam, the scene of that ignominous bumming over 10 years before. Here they take on 4 local sides and…..well I won’t spoil the story for you!

Watson puts his previous journalistic skills to good use (he was a writer for Football Italia before heading for Phonpei) and paints a decent picture of life as an outsider on this tiny island, the different characters he has to work with both on and off the pitch as well as the usual bullshit you’d expect from the likes of FIFA. The rather predictable response of the Asian Federation secretary under which the FSM falls when he emails him directly for assistance shows just how up it’s own arse the game’s global governing body really is and just how little they give a toss about places like Phonpei and their neighbours.

The result is a cracking little book, probably one of the best football based stories I’ve read. In fact my only real complaint is that it’s really not long enough! Just as you’re getting into it, you’re done. Still, I am seriously splitting hairs here, this delightful little tale will have you smiling with every page turn as some English lad with no coaching qualifications whatsoever tries to get by with no money and little more than enthusiasm to create not only a team, but hopefully a lasting legacy for the game in this most distant of distant little outposts. What is also pleasing is that unlike a lot of these sort of ‘wacky’ football type stories, Watson and his partner in crime Conrad don’t come across as dickheads. They’re just two football mad lads who had a stupid idea and unlike most of us, gave up a lot to just go for it. And fair play to ’em

Of course, having been rooting for ’em for a couple of hundred pages and then finished the book I obviously had to look up Phonpei and see how they were getting on (not bad it seems according to their Facebook group!), as well as what the author is up to now. And it seems he’s at it again, finding himself in Ulanbataar, Mongolia to help setup a club called Bayangol FC in the country’s new Premier League, which is also being made into a reality TV show there. You can read all about this latest escapade HERE. Also it appears there are plans afoot for the book to be made into a film and Matt Conrad is due to release a documentary called ‘The Soccermen‘ about their adventures (he of course rejoined his mate after finishing his course in LA) and the tour to Guam that concludes the book. This does look like it could be well worth a watch, so keep an eye out for that. I certainly will be. A teaser is below.