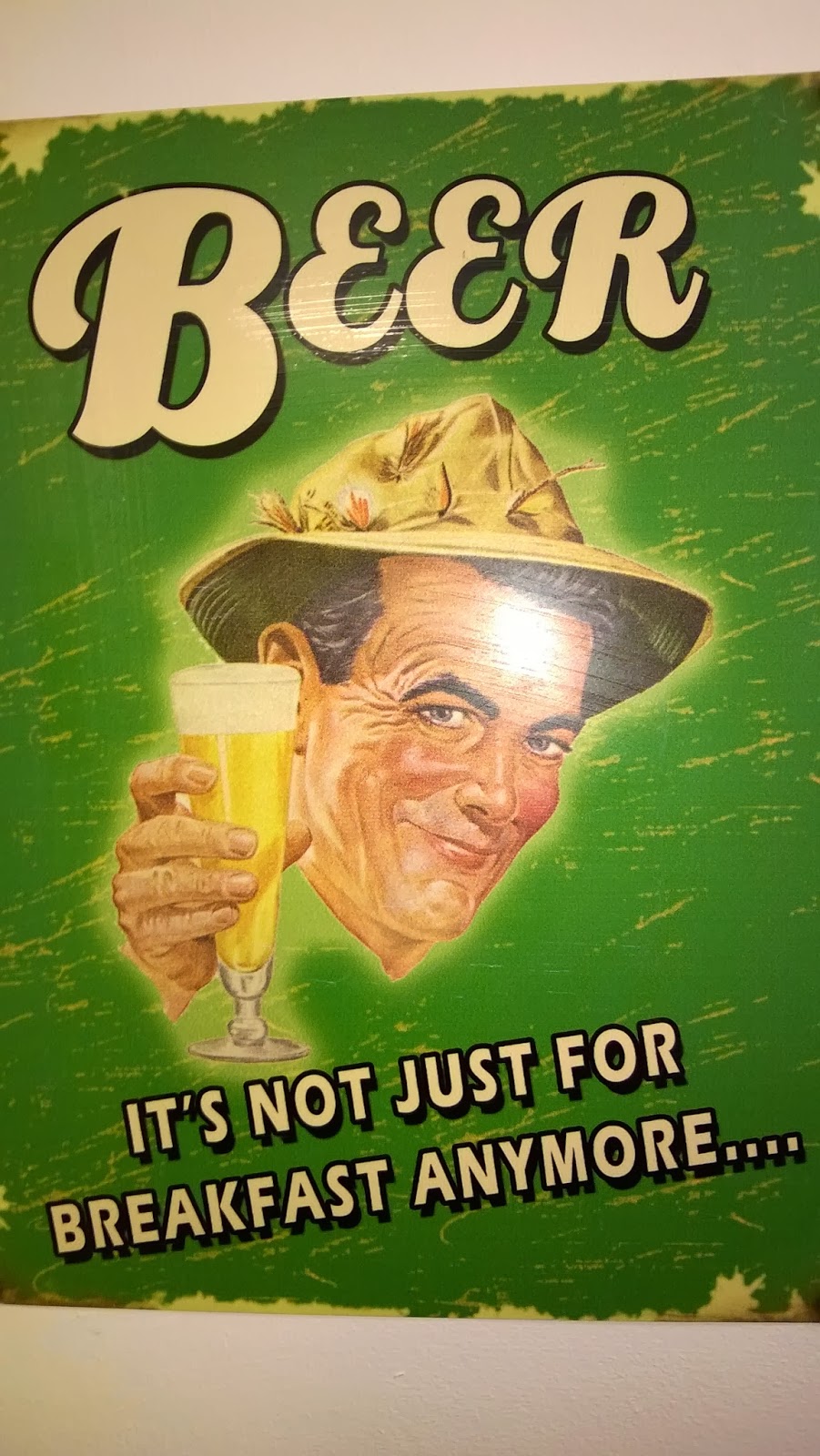 Just the answer as I shuffle around in my command centre.

The problem/benefit to the drinking the Firm partakes in, is that for me I don’t get hangovers (much to the disgust of someone!). That is not to say that I don’t fell the effects of a couple of sherries, a case of the old two bobs is always called for on a sunny morning like this.

So where do we start today’s blog then?

Do we start with the usual pre-match day bollocks about how life can be a real pain in the arse sometimes with wing-nuts and fuck-wits at work? Do we dare mention that I’ve a 5,000 word essay due on Tuesday, and not only have I failed to begin it yet, I even not even started the prep work! Perhaps its the fact that once again my camera has failed miserably. Or maybe you want one of the Duke’s sideways steps as he wonders about what Tab Clear was really like? I mean its been twenty years since I saw a can of the stuff, did it really taste of coke?

Or maybe you all want to be reminded of the crackin’ night we had last Saturday when a certain Tim Lovejoy Vine entertained us with a shit load of one liners that had us all in stitches. And do you remember me being singled out when all I was doing was propping up the bar to head to the very front of the hall like a naughty schoolboy? The female comedian Adrienne Coles even remarked that she didn’t know weather to “Bonk me or Bathe Me”. You see, the Duke has still got it!

But let’s not worry ourselves with these problems (I’m most certainly not) and get to the real reasons why we do these blogs. THE DRINKING FOOTBALL!

Saturday’s trip saw us head towards Basingstoke and a little recap in the Gandermonium archives made me see that in fact we had yet to visit the Hampshire club for a booze cruise and report it. So a little look showed that we were there at the beginning of the season, with a certain Nick McKoy featuring and the 2-1 defeat was celebrated by the home support like they had just won the league. The highlight of that trip was seeing a rather bemused set of Coventry City supporter who had arrived back from a trip to Yeovil head into a chorus of “There is only one Matty Hanlan” from a rather drunk set of Sutton supporters on the Basingstoke platform.

The train for today’s little excursion was going to be the 0932 from Carshalton towards Clapham Junction via Wimbledon. The members that had gathered for today were myself, The E-I-C, Mr X and the Welsh Wizard (some of the notable exceptions were Juan who was apparently at a Christmas party and my new neighbour the Firm Leader). After meeting up with Sean, Indie and the Aleman on the platform we took the delayed train west towards Basingstoke. The real main topic that had us all chipping in with opinions was the conduct of our local wannabes from down at Coldsore and how they had once again hijacked another idea of ours and tried to get 3G down at that their gaff. This would lead to several tweets aimed at their little tinpot dictator. The other story came from one of our Firm members who commented on a local Eastbourne youth derby. With both sides reduced to nine men apiece it was decided by one of the spectators that this was the opportune moment to get naked and streak across the pitch. The question that bugged me was that technically wasn’t this indecent exposure towards a minor? Then again if I was a little tired and emotional would I partake in it, probably!

After arriving several minutes late in Basingstoke we rushed towards the closest pub, the well known Queens Arms. Now we don’t tend to take on many pubs when we come to this neck of the woods. In fact we only done the Queens Arms so to pass the time we had found next to us was a little book case with several quiz books dating from the last century. In between all of this we had come to the conclusion after much debate that the 1990 world cup was the best world cup. Even Wellie appeared casting a gasp of surprise from some of us who hadn’t seen him since boxing day.

We secured some cabs and headed towards the ground giving us enough time to sneak in for a cheeky pint before heading into the ground (£12), where after succumbing to peer pressure I decided to make a bee line and grab a portion of Curry & Chips. The appearance of Chalmers and his tales of what happened to himself last Saturday lifted the mood especially now we realised that it is on myself and the E-I-C who’ve yet to do the thing in question. The team starting today was going to be:-

The match was very much dictated by the weather, the choppy conditions on a bumpy pitch didn’t make for a spectacle. The first real incident and the only game of the goal came around the 16th minute when a fizzing cross from the left by Scannell was pushed out by the keeper only to Taylor who rifled the ball past him and into the roof of the net 1-0! The next part of the puzzle saw a certain Mr Hulme take centre stage with some bizarre opinions. I think  he only gave us one free kick in the whole of the first half. The best chance that Basingstoke had was after a dubious free kick was given against us and the resulting kick clipped the top of the bar. Downer did manage to pick up his 10th yellow of the season and now he will miss a couple of games.

The second half saw us shuffle under the cover at the far end and somehow the rain begun to fall and all of us started to get wet even though we were under cover! With the wind kicking up the match at times begun to look farcical with several clearances hitting the wind wall and heading nowhere near it was intented to go. Many a time a through ball would just gather pace and head off for a goal kick. Binns and Weston would both pick up cautions and Kane would make an appearance as it appeared that Taylor turned on his ankle again. The linesman down our side decided to now make his presence felt with some creative thinking, giving goal kicks instead of corners and flagging for some very girly challenges. The Basingstoke full back now decided that he had enough of the conditions and already booked pulled down Slabber as he was running past him, bye bye! Basingstoke did have one last throw of the dice we a thunderbolt of a shot that Nigel tipped onto the bar. To add insult to injury Mr Hulme decided that the result should be a goal kick and the rest of the game fizzled out until the final whistle was sounded.

The conclusion of today’s game was with Dos tanning it up on a sunbed, his able lieutenants done him proud. Especially on a tough pitch we never really at any point was under the cosh and with it we will take those three points and get the fuck out of there!

After the game we headed back into the bar to see some of the results come in on the box, seeing Carshalton had lost at home to Cray did bring a smile to my face. It was also quite surprising to see that some of the attendances coming out of the Ryman league surpassed most of the Conference South games. Around this point the Firm got into conversation with Nigel’s old man and granddad who was mightily impressed with the set up of the Club. After this even Able to our council over the recent changes to the team. Around this time we somehow failed to find a cab and through our arguments decided to hop on a bus.

Arriving at a now packed Queens Arms all we could do was to down more drinks and continue to Tweet the Dipster with outrageous claims of his greatness. News begun to filter through that there was a tree on the line, and with a mate of the Mogul Rally present the time of departure kept being delayed until eventually we had to leave via a trip to Londis. The results of this trip were that vodka & cranberry from a can and desperado’s do not mix, plus it is possible to get stuck in the baggage holder. The Prince of Les was our next port of call in Wimbledon for a cheeky libation and then we headed off into the sunset once again.

So there we have it, no curry, no late night bus trips and no one got arrested. The win means we are a mere twenty points behind the leaders Eastleigh. Next up for us is a home game on Saturday against Boreham Wood, not to mention its someones 30th birthday drinks (not mine, I’m just a mere 26 year old). It is now hammering it down outside, surely the rain must let up at some point…..

And don’t forget this weeks homework children. Just ask the Firm the following question: “Who drove their car for the last six months with the wrong number plates on?”