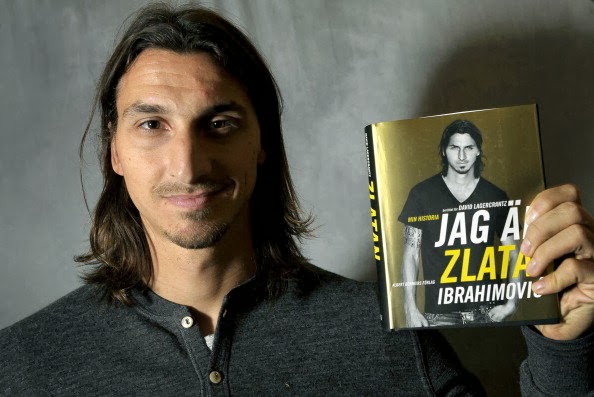 A couple of moths back, I finally caved and bought myself one of those not-so-new fangled Kindle wotsits. Now, previously I’d grumpily said I’d never bother as I preferred books and turning real paper pages, plus I never needed to have more than 1 book on me at a time, but then I had to re-evaluate my stance. The main reason being that a series of novels I’ve been following for ages has suddenly started releasing little spin offs in e-book only format and worst of all, they’re referring to the events in them in the main printed time line. So, under duress and wanting to know what the hell was going on, I gave in. And now, much to her indoors amusement, I’m all Kindled up.

Of course, when you’ve bought 70 sheets worth of gadget, you feel the need to justify its purchase a bit, so I found myself on Amazon’s e-book section looking for bargains to fill out ones virtual library. One of the first I found was the book I’m going to waffle on about shortly. The Autobiography of Swedish international Zlatan Ibrahimovic which at £4 was just the sort of thing I was looking for. In other words it was cheap. Like the budgie.

Price wasn’t my only consideration though. I’ve always quite liked Mr Ibrahimovic. Mainly as he’s one of the few real personalities left at the top level of a game now full of dull athletes (check out this list of quotes!) and despite having won shitloads, is largely derided by the UK press for his lack of goals against English teams and being ‘lazy’. The fact he’s won Serie A titles in 7 of the 8 seasons he played in Italy and been top scorer twice clearly not enough to satisfy twunts like The Sun. So, naturally if anything was going to make me like the guy, it’s that our printed media don’t rate him.

The book itself kicks off with a chapter about more recent events and skims over his early days at Barca after his transfer there from Inter Milan in 2009, his fears that he doesn’t really fit in to a very understated and almost characterless culture, to the point where he confronts Guardiola about his role in the team (his central position having been snaffled by some bloke called Messi). This leads to his manager giving him the silent treatment and ends with the hotheaded Swede finally snapping and doing his nut in the wake of an away game at Villarreal after a 5 minute sub appearance, where he tells one of the most well respected coaches in the world that he has “no balls”.

Admittedly, at this point I was a little disappointed and was starting to think he sounded like a typically spoilt modern footballer, ranting and raving about some perceived slight on his honour. But then again maybe that’s what he wanted you to think. As you find out later, his attitude is very much “This is me. Take it or leave it” and perhaps he felt he has to open with this to throw you off balance a bit.

From here, things take on a more bog standard chronological approach and we find ourselves picking up the story of his youth, growing up on the Rosengard (sorry Swedish people, I know the ‘a’ should have a little ‘o’ thing above it, but my keyboard just won’t have it!) estate in Malmo where we learn he was a pretty archetypal council estate chav, nicking bikes, doing a bit of shoplifting and generally getting up to no good. The backdrop of this is his home life, with his parents broken marriage, siblings and step siblings into the mix, his father’s drinking seemingly lost in despair at the shattering of his home nation in the Blakan conflicts of the early 90’s.

Most would probably say it’s a classic case of no father figure, and I’m sure some psychologists would have a field day with ol’ Ibra. If they could get him to sit still for 5 minutes before he flipped at them and told them to fuck off that is.

He then takes us on his journey from kickabouts on the estate, to watching vidoes online of Ronaldo to pick up on and learn his moves, to actually playing with organised teams mainly alongside perfect middle class Swedish kids, with our hero playing the part of the hyper scratter from the back streets and his many run ins with authority along the way.

Eventually, despite all this nutty behaviour, he breaks into the Malmo FF first team and his rise to stardom begins with a transfer to Ajax.

One of the features of the book that kept me reading is the almost stream of conciousness like style it’s presented in. This makes it feel less like you are reading your average biog and more like Zlatan is someone you know down the pub and this is your reward one saturday for saying “Hey Ibra, hows tricks mate?”. You get his whole life story by way of him saying “Yeah, not bad at all pal”.

The main vein running through the whole story is his temper. There’s no way to hide it, he’s a nutter. The sort of bloke who’ll go off on you in a second, but could equally be your best mate 5 mins later. Having said that though, there’s a charming ‘naughty boy’ facet to his personality as well. At every club where he’s summoned for a chat with the manager or a club chairman or other authority figure he’s instantly thinking “Fuck! What did I do wrong? Whose bike did I nick? I’ve not headbutted anyone!”.

He also gives a very frank insight into the goings on behind the scenes at some of Europe’s biggest & most famous clubs as well as his opinion on his managers. Naturally, the hardcase, shouty leaders like Capello and Mourinho (who he tries desperately to get a reaction from all season, but only succeeds when scoring an outrageous backheel to win the Serie A goalscoring title) are top lads. But your more thoughtful coaches (Guardiola) are less well thought of. Transfer shenanigans too are exposed, showing that quite a lot of big deals seem to be initiated by players and their agents, along with the sort of bullshit that goes on to try & get the upper hand in negotiations. Such as telling Barca that you’ll only move to Real Madrid so that they’ll flog you off cheap to avoid such a catastrophe, when you’ve really got Milan waiting in the wings!

Basically, Ibrahimovic is someone who tends to get what he wants in life. And he’s totally unafraid to say so. And fuck you if you don’t like it! But there’s also a genuine, hard working side to him. He knows full well that without putting it in at training and in games, rewards such as he’s obtained will never come. He’s also mindful of his upbringing. Memories of his dad’s fridge having nothing but beer in it these days means he always insists his fridge at home is never anything less than packed with grub.

This is certainly one of the best football autoboigraphies I’ve come across. Ibrahimovic is certainly a fiery sort, but as I mentioned at the start, there’s precious few like him left these days, which makes him that bit special. And he’s not a half bad player either!

If you get the chance, I highly recommend you pick this up. If only to get a handle on a truly talented and successful player our fuckwit press love to hate.