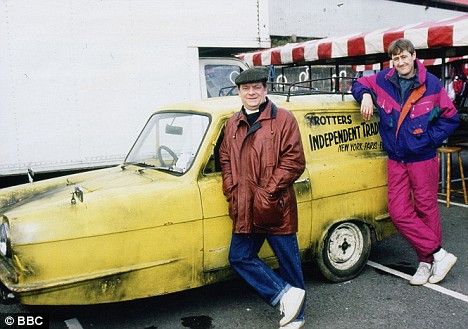 So after missing the Concord game on Bank Holiday Monday,
cause ‘er in doors wanted to spend some quality time up Town, I’m back to cover
our next home featured presentation so the Duke can relax and do what he does
best. Drink and bellow out his trademark saying of “Justice” across the Lane.
So whilst you all have been enjoying yourselves during this short working week,
things have taken Juan by surprise in the world of Office Politics within
recent days.

What’s that I hear you ask,
in a dull tone? Well let me tell ya, we moved offices, no more than 200 hundred
meters, and well a number of things went tits up. For starters the Kettle in
the gaff wasn’t even working on day one. I mean come on, how is Juan meant to
survive the working day without his daily drug intake of copious amounts of Caffeine.
Number two, out I.T department is based out in sunny Porto, so when I came to
firing up the trusty P.C on Tuesday morning,
I was somewhat, in fact highly rattled than I didn’t have access to
emails, or any of the trusty tools, required for import, export logistics for
the day.

Until some bright spark in Porto at 3PM decided that perhaps they had
indeed wired up my connection to the server incorrectly, surely in the world of I.T
this is the basics right. Sod it; I reverted back to my trusty pencil, pencil
sharper, telephone, and paper. So the saying goes; the Americans spent billions
of dollars on inventing a ball point pen that they could use to write with in
space, and after years of development they finally cracked it, well ladies and
gents, the Russians simply used a pencil. So the moral of the story is, I have
no faith in foreign I.T departments. Back to basics.

With the talk of back to basics, having read the special
ones report on the Concord game, it would seem, perhaps I didn’t miss too much,
some say a rather dull and uneventful game, with not a lot on offer apart from
a potential sitter, just before the final whistle blew, and a typical goal line clearance from the saviour of the day, Rivs! So with a couple of the lads out for potentially a couple
of weeks, it would seem that our promising start to the season hasn’t quite got
off as planned, on that note let’s have a brief overview of the stats.  Well, we’ve played four, won one, lost two
and drawn one. Goals scored, 5. Goals conceded, 4.  So I guess we shall have to keep pressing the
next few games, and give it 110 % to keep clean sheets, and get Slabs (when
fully fit) and Taylor knocking in the goals big time, to push us back into the
top 5 to contend for this title.

On the mention of contenders, Whitehawk, newly promoted
into the Skrill South are this week’s ones to certainly beat, and definitely
ones to watch, I mean with their huge gates, and massive international fan
base, they could be contending for a playoff spot-(sarcasm, currently the lowest form of wit, this week) this, I bet will come back to
bite me in the arse at some stage this season…..

A little history lesson on the Hawks:

Founded in 1945 as
Whitehawk & Manor Farm Old Boys, the club joined the Sussex County League
in 1952–53 and after finishing third in their inaugural season, were runners-up
for three successive seasons from 1954–55, and never out of the top five before
changing their name to Whitehawk FC in 1960. In 1961–62 Whitehawk won the first
of three Division One titles. The following season the competition was
abandoned due to bad weather, but 1963–64 the Hawks retained the championship,
finishing three points clear of second-placed Lewes. The next three seasons
however, were nowhere near as successful, and the club found itself relegated
at the end of the 1966–67 season, only to make an immediate return as Division
Two champions in 1968.

Season 2010–11 was their debut season at this level (Isthmian
League Division One South ) and despite being in the title race for the
majority, had to settle for third place and with it, a place in the
end-of-season play-offs. The play-off semi-final ended in disappointment for
the Hawks as after a 2–2 draw with Leatherhead at the Enclosed Ground, the Surrey
side progressed at Whitehawk’s expense, courtesy of a penalty shoot-out. They
completed a league and cup double the following season (2011–12), finishing as
league champions and beating Crawley Down 2–1 in the Sussex Senior Cup. They
were promoted to the Isthmian League Premier Division. They had hoped to play
the 2012–13 season at the Withdean Stadium but this was blocked by the Football
League. The club achieved back to back promotions in the 2012-13 season after
winning the Isthmian League Premier Division.For the 2013-14 season, the club intended to change its name to
Brighton City, but this move has been put on hold for the time being and the
club remains as Whitehawk FC, at least for the 2013-14 season.

So onwards, and upwards to today’s fixture, once
more the short railway journey courtesy of Southern Rail, a 3 station hop to
West Sutton to join the proud members of the Sutton firm for a few pre-match
swift ones, before returning to the vantage point of the trusty shoebox.

Well, what a cracking way to get started, within the first couple of minutes, Binns drives forward into the box, but under pressure, and being squeezed across to his left, still manages to fire a shot from his left, boot, only to be denied by the post. We are looking more settled in the midde of the park, with some great movement, both on and off the ball, allowing us to find both time and space, to create chances. Again a great run down the left from Binns, laying in a cross straight across the box, and all was needed was for Marv to continue to his run. It seemed as though Whitehawk, were playing the more traditional type of game, but lumping it up top, and well, getting the big unit up front to hold on to it, and lay it off. I only counted, maybe one or perhaps even two opportunities, that they had in the first, half, both wasted.

Another build up from Sutton, this time Dundo, putting Taylor through, and some confusion between the Whitehawk centre back, and the Whitehawk keeper, Taylor hits the gas pedal, to chase the ball down, and in a one on one situation with the keep, all it needed was a cool calm head, and to be slotted home into the bag. The Whitehawk spreads him self well, and the ball hits his shin, and goes out for a corner-lucky bugger!

I think I counted that we had about 4 real decent chances in the first half. Just a shame that we were coming so close, and not being able to bag one.

Still with the second half underway, Sutton were awarded with a free kick down the stand side, some 6-7 yards from the edge of the touch line. Up steps Telfer, and loops the ball into the box, up rises Jamie Stuart, and bosh with a well taken header, U’s go one up! Happy days, a sense of relief, and a bit of pressure is off, after checking the other half time scores on my phone in the half time interval!

Sutton simply not settling for the one goal advantage continue to press, and with a change of personal, we see McDonald tearing up the left channel ( taking over from where Marv Left off ) runs the ball to the bye-line, and some how, under pressure, manages to pull the ball back across the box, into the path of Dundo. The big man, swipes his leg back, and strikes the ball up into the roof of the net, taking a slight deflection from the underside of the bar. Happy Days. Dundo’s gonna get ya !

Almost a slight hiccup in today’s game plan, from Lovelock today, but he managed to clear away the danger. So no harm done. With the final whistle blown, it ends Sutton 2, Whitehawk 0.

Latest stats, after today’s game-W2D1L2 with the seven points and a goal difference of +3 putting us 9th.

Sadly I once, again (the standard deep sigh from Duke could be heard for miles) could not join the boys for the
traditional post drink .
Instead I was once again beckoned by she who must be obeyed to the bright
lights of London, well Clapham actually for a few drinks instead. Yes I’m an
upper class red wine drinking ponce , it’s all a facade I tell you, you believe
me right? ………No no, scrap that ! I had me a permission slip as Duke kept reminding me all night long! So yep ‘er in doors had gone up to me her pals up town, I was left with the option of retiring back to Juan Towers for the night, or well going out with the firm, I choose the latter. So as per the norm, a cheeky couple of rounds were knocked back in the Clubhouse post game. A few of you may have seen that our new home kit can now be purchased from the Club shop. Mr Burgers having been into the shop this afternoon, to pick up his fine Joma clobber. We in traditionally Gandermonium style decided to add a few extras to the design.

Onwards. It was the last week in the U.K for our Q.P.R man, as he is off to travel the world or summink like that. So the Firm was on the move tonight back into the town of Sutton. There was talk that we were off to the Treasury, but instead found ourselves re-united with Dukes favourite watering hole, Wetherspoons. On arrival at the bar, we seem to be greeted by some strange speaking, and rather odd looking gentleman ( more on him later ) standing at the bar. So drinks ordered, time to get our drink on. With an hour or so passing, the Q.P.R fella rocked up for a couple of drinks, and smokes as one does, he then left us for some posh place.

It would seem that you are allowed many things in a boozer these days, drugs, ugly birds, dogs, twats with tats, etc etc, however the wearing of a flat cap hat, after 7 PM is no longer permitted. Duke was clearly not impressed by this new ruling. From the look of some the clientele in Spoons tonight the security have more pressing matters they should be looking into. So on that note, we left for the proper adults Wetherspoons, The Grapes, right down the bottom of the High Street. At this point, I knew I needed some food, I know I’d only been drinking a few hours, but my god I’d spent too much and definitely drunk too much.

Trust me these boys can sink some serious units. Any way back to the strange looking, and strange talking chap from The Moon On The Hill, it only turns out, he followed us all the way down the High Street into the Grapes. The fella clearly out of his mind on any product that contained alcohol, was trying to speak to us, but all we could make out was “WHAT, WHAT”…and this saying continued for hours, and every time we managed to ignore this strange fella, a member of the firm would shout out the famous two words, and back he would come again. The conversations tonight, were along the usual format, I shan’t divulge as we would be sued and locked away, for many many years. However, I will tell you only this, someone’s Waffle definitely got fingered.