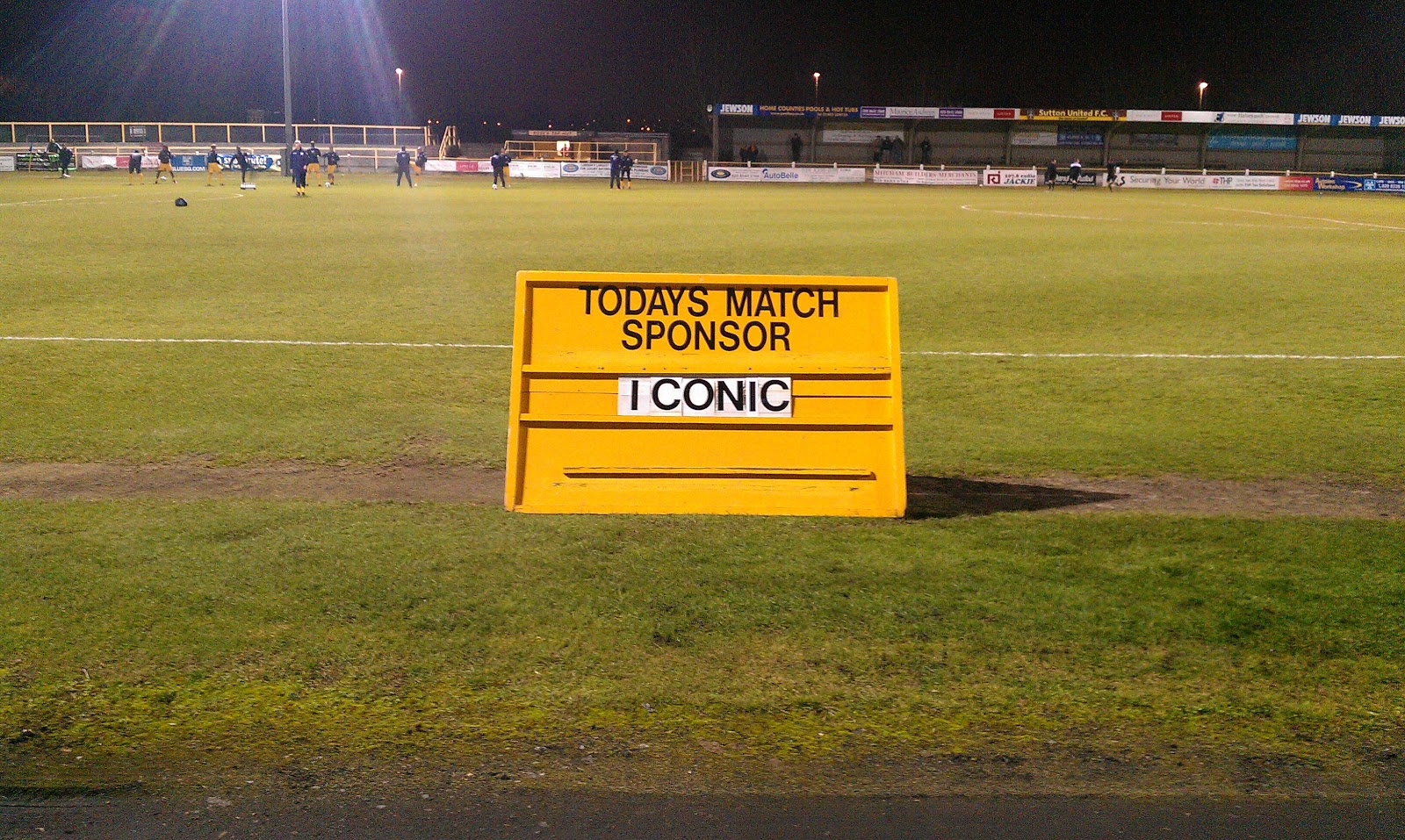 Another game. Another night of excitement in the Surrey Senior Cup. And as I am the only one with the natural animal magnetism and sheer passion for the county’s top knock out competition it was down to me to do tonight’s blog.

And what a comfortable first week off it has been. I’ve seen my bank manger, caught up on all my coursework for university, watched the whole six discs of Taz’s copy of  ‘The Pacific’ (What? No director’s commentaries?) and now have even been swindled into cooking dinner for my sister and some of the family tomorrow night as its my birthday, plus have been told we’re going to Bromley on Sunday for lunch as well.

And with the news that Met Police had already booked a place in the semi’s and the fact that the other two quarter final ties are next week tonight’s match is talk of the town, so on to tonight’s game!

After once again picking up Juan we travelled down to the ground discussing such topics as to some of the unannounced changes to the forum and the coming arrangements for Havant on Saturday, Once at the ground and with Taz’s DVD on me (cheers for turning up!) the first port of call was the club shop at the team sheet that hung from it.

So with a couple of first teamers, most of the coaching staff and several members of the reserves, we were given a highly entertaining game. We first took the lead from the spot when after some good work down the wing, Benjamin tried to turn away from his man only to be tripped and the man in black points to the spot. Up steps Telfer and being cool as a cucumber he slots the ball into the bottom corner 1-0! the rest of the first half had us on the front foot and several chances went by where if it was not for some wrong decisions in front of goal we could have gone in a half time with a healthy lead. Mind you there was still time right at the death for once again another across that seemed to once again go wanting when out of the blue the lanky leg of Dennis stretches up about four foot and guides the ball into the top corner 2-0! No half time drink today and instead I had Juan purchases me a date with the doctor and onwards to the other end we went.

The second half is where the game began to represent more of the Surrey Senior Cup you would expect, with first Molesey getting a cheeky goal back that hardly anyone noticed with all these kids running around, but low and behold a rash shot hit the little Moseley defender in tghe shoulder I think ands with the ref in clear he once again points to the spot, and just like the first half Telfer steps up and hits the same spot once again 3-1! The fourth goal came about with some great work by Murrell-Williamson shifting he way through three defenders before a cut back for a simply tap in and first goal for Sutton from Tom Jordan 4-1! There was even still some more juice in the tank for not one but two Benjamin goals, the first one after some serious pressure from the defender he slots it into the corner and the second a deft chip over the keeper (who clearly didn’t like it as he tried to blast the ball at him!), and then after a very anonymous game Folkes even manged to give away a needless hand ball in the box for Molesey to get a consolation penalty.

Not to mention with the Cat in goal who managed to pull off a heroic double save (later admitted in the bar that the second shot came off his chin!) and his Duke impression of sliding a geezer out the park as well!

After the game we retreated to the bar to have a couple of light refreshments, and after trying to coordinate some of the events that happened on Saturday, even with Shaw in our group to help us, The highlight was to see Mr X’s twitters from some of the Chelmo boys, what a picture. had time to take a butchers on the Conf South Forum to match, “Eighties Style” magic!

Well Havant away Saturday and with my birthday on the Sunday this could be another long day! Just seen the travel arrangements in the programme, oh well shit happens. Thank God Juan Sheet can do the blog, I fancy a few beers…