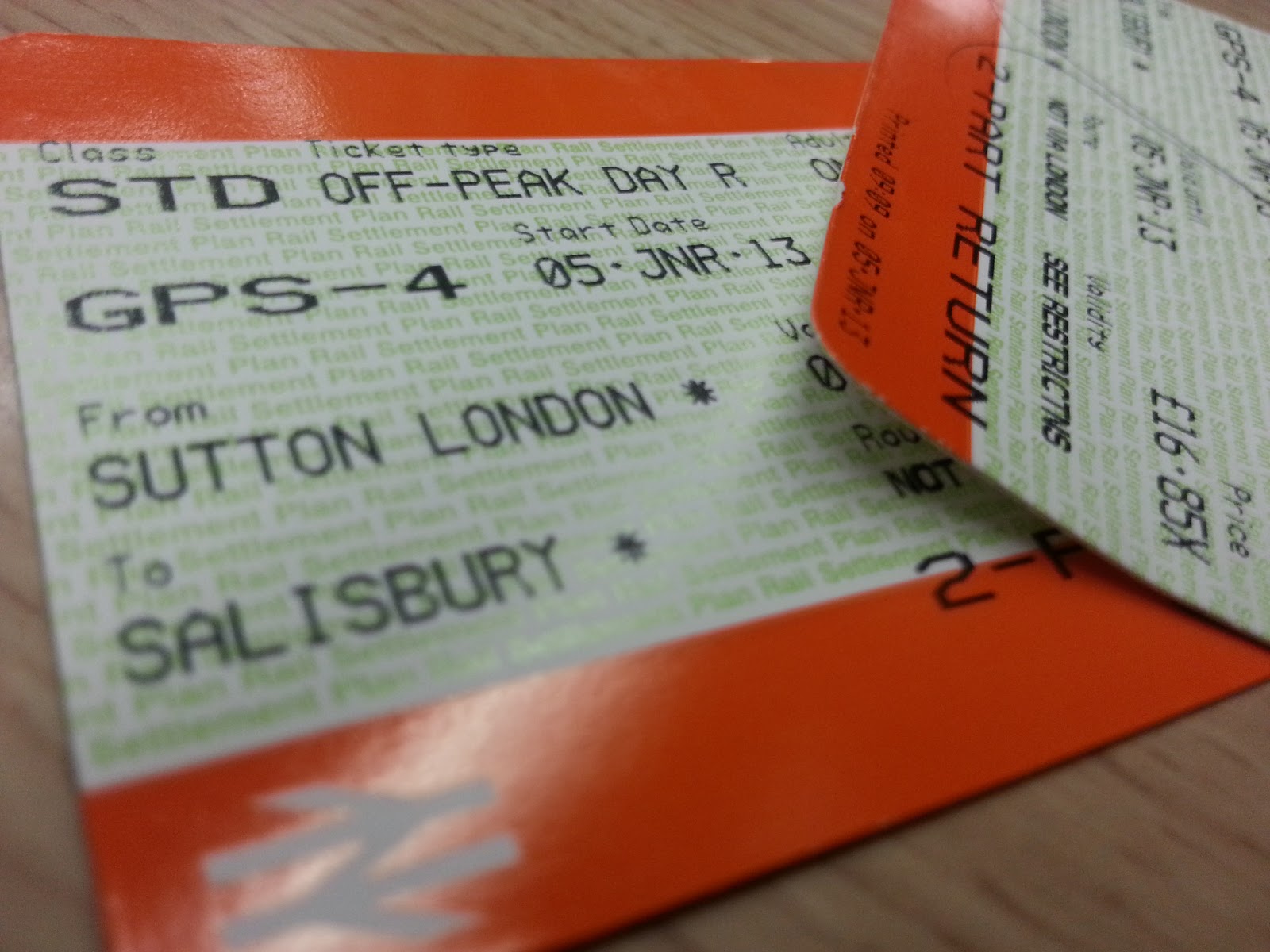 Well here we are again on another Saturday night.  The day began with me having oversleep to the tune of half eight. I know, for someone that should have worked today it really was an embarrassment. But less of how I hate working for the inept sods at Kingston council and more of the rush that over came me as I had the proverbial three S’s and after a splash of the ever faithful Brut, I decided it was day for me to wheel out the old world cup Italia 90 England shirt and there I was out the door & down the road to take out the required ton from the Post Office cash machine.

Onwards to the train at Carshalton that I hoped left at 0915 as the firm were due on the 0922 from Sutton. Thank fuck it was on time, and I as arrived with two minutes to spare I saw what was to accompany me on this trip to Salisbury. The numbers were light on the ground but that didn’t dissuade us from this clash out of town. With teas in hand the journey towards Salisbury passed uneventful. With only a mild grunt of disappointment from yours truly of the possibility of Sutton using them new fangled 3G pitches that had cropped up in a statement from the club on the website during the week.

The pre-match drink was to change all that. After a customary stop at the local Wetherspoons our conversations moved between two different strands of footballing chat, the first being the geographical locations of different Scottish football clubs and also whether I was tempted to buy some garden furniture from Argos which I could summarily then throw across the quaint market square as an act of early 90’s hooliganism. We eventually moved onto the next boozer and after meeting up with fellow travellers (And some drunken old boy) several snaps of a mummified, amputated hand and other things, we moved on.

The next pub was the more upscale “Market Inn” and after some acclimatising some of us decided to eat. I on the other hand had arranged to find a local sweet shop to purchase some chocolate covered peanut brittle plus other goodies to take back to London with me. As the collective of Sutton fans managed to squeeze into three cabs we made the trip out of town into the shires towards the ground. we arrived into some clay pit of a car park and made our ways upstairs to the club bar known as “Chalkies”. A strong vodka was the order of the day as I began to ponder on what would be the outcome would be today. I did feel that we would either be turned over or we would sneak a 1-0 win, but given the choice of winning today or at Bromley last week I would probably take Bromley as I dislike them more.

The game itself was not an advert for premiership style football or even Duke’s style of football either! It began with us shooting at the covered end and clearly as they know I hate that about football we had to suffer the attendance of the “Wrong end Supporter” and I mean most of the Salisbury hardcore for that fact. So there I was Sutton’s vocal support to the left of me and Salisbury’s combine harvesters to the right of me I look around and all the support I had was the well known Juan and the virgin booze cruiser Mark N. It didn’t help that we looked like a George Michael tribute act this afternoon! Luckily for Salisbury we don’t have enough of the aggravated supporters like Wealdstone would have.

There really isn’t a lot to say about the game except the key points were that during the second half we gave them the only goal when a shot from just inside the box was appearing to head wide of the post was instead angle over Scrivs and into the net by the one and only Kavs! We really didn’t have that many attacks that were of any note except maybe Rent Boy had three bites of the cherry from free kicks (the first two went straight into the wall and the third went high and wide over that blinding scoreboard). Some of the comical diving by the Salisbury players was a joke not to mention the theatricals of number six where for me the highlight of the game was the firm winding up with the likes of “Where’s all the love gone?” and “Did that hurt?…. Good you twat!” In the end he eventually bit and offered us out in the bar after the game. Needless to say he didn’t show!

Yeah come on Six, where were you?

After a quick pint in the bar we decide that Salisbury didn’t deserve any more of our money (£13 to get in), and we made hast to the Chough in town. Here is where things started to go downhill fast as someone who will remain anonymous (No Names! No Names!) brought me half a pint of some warm mulled cider that really did taste of apple pie, in fact it was remarked that it tasted of someone’s mum’s homemade apple pie.

Of course one cup of this liquefied dessert was enough for me and I decide to start to hit the lagers with a passion. At this point we agreed that the 2026 was the best bet for us to get to Clapham so we thought if we left at 8 that would give us enough time to buy food and drink for the train.

Of course we missed the bastard by 1 solitary fuckin’ minute.

That left us with an hour wait at the station so I thought sod this and went outside for a smoke and at this point decided to get a cheeky short in the local boozer and a nice plate of chips & Gravy. It is when I return to see the local station employees at the gate shaking the their heads and mumbling words like “Londoners”, “Pissed” and “Police” that a bellow of singing and sound is heard at the other side of the station. You see in the time It has taken me to leave and return from my wander some of the firm have to decide to hit it hard and have become what you may know as half brahms! Several attempts of a group photo end with the guards moving us over the yellow line and as you can see on the Gandermonium twitter page the results are less than epic!

The night finally fizzled out where at Woking a gentleman embarked on our carriage with a pizza box box from Pizza Hut, little was I to know that that said box was purchased for £5 at Clapham for the journey home and of course a slipped can of Fosters was to cause a bit of a mess as well. The result were, well, not good as you can see below.

Keep the faith, Wrexham next week, I’m already looking at the possibility of Wrexham away for replay. Although it is meant to be a Surrey Senior Cup match at Corinthians on that Tuesday.