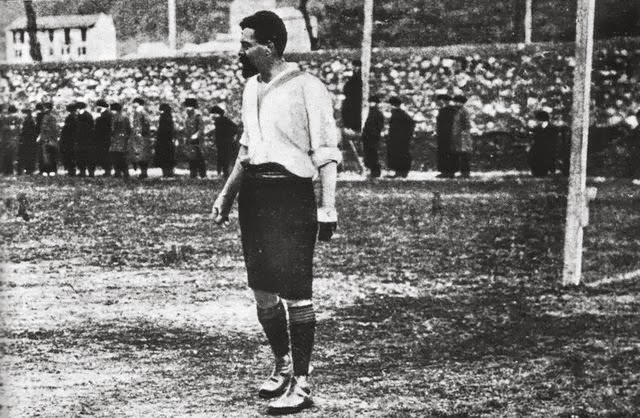 Let’s get it out of the way straight off the bat. I don’t really like Italian football.

Yes, it’s very technical and there are plenty of aspects to be admired, but I largely find it dull, boring, negative, cynical and rarely fulfilling. “So why are you bothering to read a book on the history of Italian football then you dickhead?” I hear you cry. Well, you’ve gotta give it a chance haven’t you? It surely can’t all be cynical defending, 0-0 draws, fixed matches and financial basket cases.

Well, if you read John Foot’s rather hefty tome on what the Italians call ‘Calcio’, er yeah. It pretty much is!

As you’d expect, Mr Foot starts at the beginning with the genesis of the game in Italy. And also as you’d expect, that means us Brits popping up somewhere (in this case ports such as Genoa, Palermo & Naples), having a bit of a kick about and piquing the locals interest in our strange game. Although the first club is often credited as having been set up in Turin by a guy called Edorardo Bosio in the late 1880s using some balls he brought back from a trip to Blighty, however like many facets of the Italian game, this is much disputed and related to politics and nationlist bullshit.

Bosio set up his ‘International FC’ in 1891, but most experts generally see the birth of the Genoa Cricket & Football club 2 years later as the real start of the game there. However, as mentioned, this tends to be disputed. The fact that the club was not accessible to Italians at the time. However these guys are generally accepted as having played the first truly organised game against Football Club Torinese, a match setup by the obligatory Brit. James Richardson Spensley.

From here Foot takes us through the evolution of the early game, the key role played by Genoa (who even today retain the Anglicised spelling over the Italian ‘Genova’) in the early Championships to the rise of the traditional giants we know so well today such as Juventus, Torino & the Milan pair and onto the early effects of facism on the game through to the post war era, the famous World Cup win in ’82, right up to their 4th World cup triumph in 2004.

But, this being Italy, scandal isn’t far away. It only took until 1906 for the first bit of underhand shenanigans to come to light as Juventus were found to have tapped up Virginio Rosetta, a defender from Pro Vercelli with the offer of a job as an accountant at FIAT, the Turin club’s benefactors. Juve were docked points, chucked their toys out of the pram and refused to play the championship game. And so the ‘Rosetta case’ was born.

Our author breaks up the book well, cutting in different aspects of the Italian game and how their national psyche leads to them interpreting it, such as the almost universal referral to refs as venduti (crooks) or cornuto (cuckold) who are ‘psychologically enslaved’ to the whims of the big clubs and league titles where a team has somehow inexplicably sneaked over the line being referred to as ‘thefts’ (the first dates to as early as 1925!). Here, the slightly depressing edge of Italian football begins to bite. There appears to be no such thing as luck. Everything has to be attributed to a ‘cause’ and that’s usually that someone got paid off or cheated.

Here in the UK, events such as Man City nicking the Premier League with 2 goals in injury time on the last day to beat their near neighbours to the title are seen as just one of those amazing, crazy things that make us love the game of football and make it one of the most exciting sports around. In Italy, it would probably be widely be regarded as a ‘theft’. A bent result and that QPR, the ref, or both were simply iffy.

The section on refs is particularly revealing. With the hand wringing that goes on over here about how officials are treated (and they do get tons of shit a lot of the time for simply being human), it’s staggering to see the level of crap the man in the middle gets in Italy. Foot poses the question “Who would be a referee in Italy?” and having read the section, I can only answer “Fucked if I know”. Bizarrely though, Italian refs are apparently always praised to the heavens by their media when officiating at tournaments and non-Italian games. “Best in the world” etc. Back home? Bent, thieving, cheating bastards.

There are some more enlightening sections however. The parts covering the different catagories of player are excellent (the largest of course covers defenders!), with it providing insight into some famous names (the part detailing Maradona’s time at Napoli is fabulous) and those maybe not so well known outside of Serie A (Gigi Meroni). Plus plenty of insight into the Italian attitude to foreigners in their game, some of whom brought great success to the national side before finding themselves out in the cold as they weren’t quite Italian enough.

My personal favourite though covered Torino and the fans yearning to return the club to the Filadelfia, the club’spiritual home from the mid-20’s until the 1960’s. Ever since they left, there has been a clamour to return the club to this tight, hemmed in little site in the city. With it being the scene of many of their greatest triumphs from their ‘Il Grande Torino’ era in the 40’s and with there being precious little success since that team was wiped out in the Superga aircrash in 1949 (they’ve captured only 1 Serie A title since, in 1976), you can see why. The pictures online of that scruffy, yet sacred field sitting empty, with a couple of lonely skeletons of the former stand looming like the bones of a long dead dinosaur, you can sort of understand why. Most grounds like that here would have long since disappeared under a housing estate. Can you imagine someone like Man City moving to their new ground and having to watch Maine Road slowly decay over 40 years, being demolished piecemeal bit by bit as it becomes more & more unsafe?

Unfortunately, as you’d expect, the efforts of the Torino faithful have been utterly frustrated through countless empty promises from many club presidents and the old enemy, lack of cash.

Mainly though, I found ‘Calcio’ a little hard going. Whilst I’m a bit of a dark, cynical sort myself, I still understand that there is real joy to be found in the game. I understand there’s luck, there’s misfortune.  But the stream of tales of corruption, cheating, match fixing along with the latent cynicsm of the Italian fans, media etc towards the game at large does leave a rather sad, empty feeling at times. Even for a cynical old bastard like me.

Overall though, whilst not quite as uplifting a read, this is another finely crafted effort like Uli Lichtenberger’s “Tor!”. And no matter what I or others may think of football in this part of the world, you cannot deny that this football mental country has played a huge role in the game of football becoming the truly global sport it is.

Check it out. If nothing else, it’ll make you realise we don’t quite have it that bad.