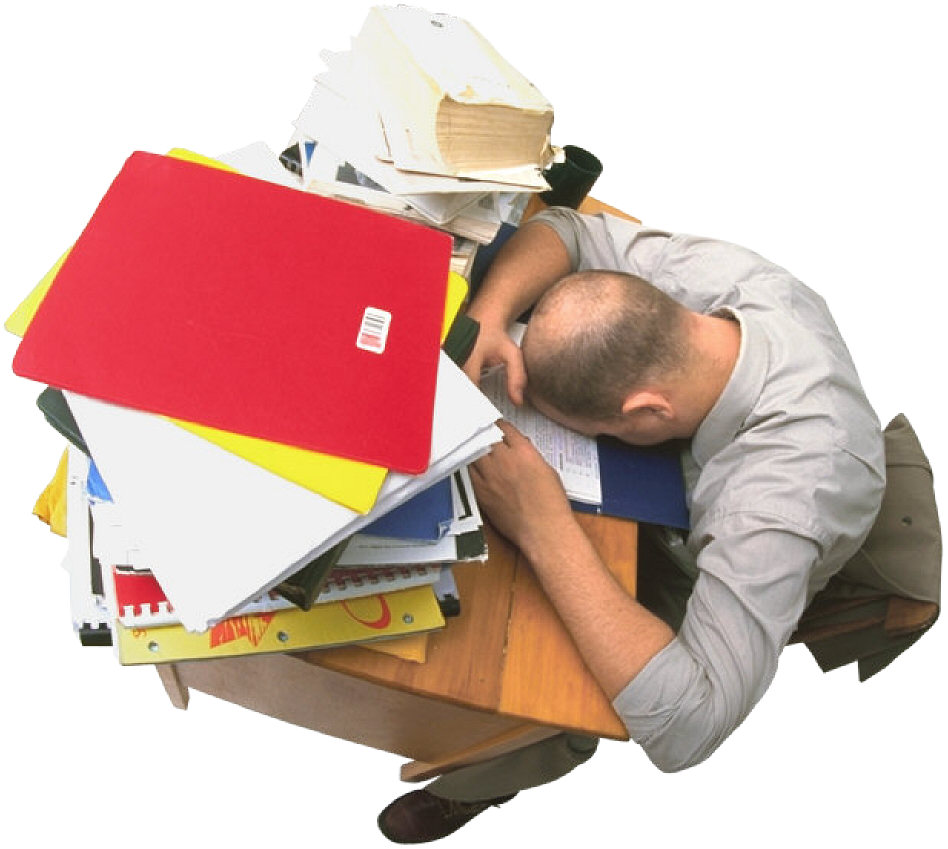 Having sneaked through to the next round of the FA Trophy on Tuesday with a hard fought 1-0 win at Maidenhead, I’ve been making the most of a day off trawling through the absolute mess that is the old Gandermonium archives to see exactly what we do and don’t have. Not as much as I’d thought as it turns out, but that’s another matter!

The intention was to stick up the report from the last time we apparently won at York Road, when a Danny Bolt brace gave us a 2-0 win back in November 2000. But it seems as if that’s one of the ones that has been lost to the mists of time. So instead I was going to stump for one of the numerous draws there over the years, before I came across this snippet from the 2004/05 campaign covering a 4-2 ‘Carthium Cup’ (whatever the fuck that was) victory. So I’ll use this instead. As it’s er….actually really the last time we won there before tuesday night.

Plus it seems it was a freezing cold midweek fixture, both teams had got off to a bit of a shit start and we weren’t defending very well. So nothing like the current day then……

Back in August, we visited York Road on a slightly warmer evening than this and after going behind early on, fought back to lead and looked to be heading for our first win until the last minute when the ref & linesman construed to award a penalty for an offence only they and they alone saw and we left feeling just a little more than hard done by. Actually, ‘Fucking livid’ would be a lot closer to the mark, but we’re fairly bitter by nature, so that’s no surprise.

Since then, neither side has managed to set the league alight and both of us currently languish in the bottom 3 with 15 points apiece and the Magpies have recently relieved their manager of his position. Should be a cracker then. Initially, I was quite pleased with this fixture as I was working just the other side of the M4. Sadly, problems with company supplied transportation (the bastards gave my car to someone else!) meant I ended up on the train with all the other plebs.

Still, there’s a bright spot as it means I can have a bevvy now!

My close proximity means I’m in Maidenhead by 6 and with the rest of the mob still a good half hour away, I decide to go looking for some wonga and some munch. Locating a cash machine, I find our coach Mickey Cooke strolling along with a cup of coffee. He reveals that because of the ‘low key’ nature of the game (eg. It’s the league cup and no one really gives a shit), the management and team have had to make their own way tonight.

I then head into a branch of a certain global fast food chain (who’ll remain nameless as they’ve refused my requests for payment to do so) and find the rest of our management currently waiting on some chips to go with the rest of their own grub. And it seems that their food is anything but fast. After a quick chat with JR, they soon disappear off back to the ground and having forced my own food into my face, I’m not far behind. Upon entering the clubhouse and about to order a beer, my timing proves fatal as Windy, Chalmers and Mrs C walk in.

Bugger. S’pose you’d all like a drink then?? Still, my disappointment at getting collared for the round soon disappears when I spot the cracking looking barmaid behind the bar. Very nice! She sounds French too.

The low importance of the game and current injuries mean we’re once more looking at a changing line up. Joff’s injury from Sunday has kept him sidelined. Andy Martin drops in to partner Eddie up front. The match itself starts and to be honest, is rather dull.

It’s not until 13 minutes in that anything happens and typically, it’s the home side who strike first to take the lead. A corner is conceded and played in from our right, picking out a relatively unmarked figure on the penalty spot, his header looping in off the underside of the bar next to the far post.  Naturally, this event goes down well in our part of the ground.

Still, the lads manage to shake off their sluggish start and exert some pressure on the hosts. The Magpies defence is also helping our cause somewhat by giving away a number of free-kicks around their 18 yard box. 3 of the 4 are in ‘action’ on several occasions, but bizarrely only the no6 ends up in the ref’s book for his first challenge despite his colleagues constant offending. One  of these  Peter Fear deliveries from the left picks out the run of Quinton, but his header is straight at the ‘keeper. The U’s skipper has another go from the right a few minutes later, again finding the figure of Quinton and this time the Magpies ‘keeper is forced to tip the defenders looping header over the bar.

But these incidents are few and far between, with little real action to help stave off the cold. So, we stand, look on and freeze slowly. Cup fever is not going to be an issue here it seems. Brake supplies an opportunity after 32 minutes, beating his man on the left and putting in a low cross. The ‘keeper fumbles the initial take, but with Martin slow to react, he gathers at the second time of asking.

Just as we’re starting to check our watches to find out how much more of this tedium we have to endure before the break, the previously misfiring U’s finally find the mark. Another Fear free-kick is the catalyst, but maybe not quite how he’d hoped. His disappointing effort to the near post is seemingly dealt with in a simple manner and hoofed clear. But the ball finds Stuart Booth in midfield and he clips the ball back in over the advancing defence. Akuamouah times his darting run off the shoulder of his marker just right and controlling, he sweeps a shot beyond the now exposed keeper to level the scores.

It proves to be the final act of the half and we feel a little warmer now, knowing we’re back in the game. I decide against heading into the bar for the break as it has earlier proved only marginally warmer than outside. Besides, I’ve got some flag raising aerobics to keep me warm. The rest of the crew return from the bar and once again in tow is our now almost resident Thurrock fan. Bloody hell Tony, you must be really bored mate, that’s all I can say. TV busted at home is it?

The second half starts as sluggishly as the first, with only a 20 yard curling effort just wide from the home side meriting any note. Then, 10 mins after the restart, the game is turned on it’s head. Honey wins a tackle about 25-30 yards out & chases the loose ball. Being clearly held back by an opponent, he’s stretching a little when he goes in to challenge a defender. He wins the challenge and the ball spins loose to Eddie on the right corner of the box and he smartly turns his marker and skips into the box before rounding the ‘keeper and slotting Sutton into the lead.

Our hosts protest somewhat over the last tackle between Honey and their man, who ends up leaving the field and taking no further part in proceedings, but the ref takes no action. Although it has to be said, if Ug hadn’t been impeded in the first place, he’d have made the ball well before matey arrived.

The goal seems to knock the stuffing out of the home side and for the next 10 minutes or so, they’re really all over the place. Just past the hour mark and the ball is played from midfield up to Martin in the centre. He turns & feeds Gray out on the right, who beats his man and drops a perfect cross to the near post for Fear, arching his back and placing a deft little header between the ‘keeper and his near post.

6 minutes further down the line, a rare piece of quality flowing football on the night really opens up the Magpies. Eddie takes his man on down the left and sweeps the ball across to the centre for the supporting Martin. He holds the play long enough to slip a pass into the right hand channel for Matt Gray, arriving like a train. Without breaking stride, Matty thumps a rising drive beyond the desperate dive of the ‘keeper and into the top far corner. Certainly a contender for goal of the season.  Although, lets face it, we’ve not exactly been swamped in that category so far.

Mr Gray gets another chance to rack up a second contender a couple of minutes later, sent clear by a pass from Honey after he’s left his man for dead with a lovely turn. Matt cracks another fierce drive in that stings the palms of the ‘keeper and spins up into the air, it then bounces off the top of the bar and Fear follows in to try & nod in the rebound, but the ‘keeper recovers and manages to push the effort over the bar.

There’s one further chance to extend the lead going into the last 10 minutes when a Fear free-kick from thje left is played into the box. Martin challenges the ‘keeper for the ball and he succeeds in punching it towards his own goal. But fortunately for him, a defender spares his blushes and hooks the ball off the line for a corner.

Understandably, as you tend to when 4-1 up with 10 minutes to play, we take our foot off the gas and ease out the last few minutes comfortably. By conceding a penalty and then trying our damnedest to chuck away the remaining 2 goal cushion! First a deep cross from the left tempts Wilson off his line at the far post, but an opponent gets there first. However his header drops agonisingly the wrong side of the near post. Then 4 minutes later, that penalty I mentioned.

Another ball in from the left finds a striped shirt just on the near corner of the box, where Brake intervenes a little clumsily and upends his man. The ref has little choice other than to point to the spot. Matey takes no chances and thrashes the spot kick high & down the middle into the roof of the net.

With our foot not so much off the gas, more full on the bloody anchors whilst tugging furiously at the handbrake, our hosts sense a possible way back into the contest. And despite that 2 goal gap, it’s still a slightly nervy last 5 minutes.

A deep free-kick from our right finds a Magpie sneaking in beyond the back post, but his 1st time effort from an angle is straight at Wilson. Then on time, a corner from the right is cleared to just only outside the box. It’s lobbed back in and with our stopper backpedalling like crazy, he just manages to fingertip the effort over the bar before ending up in a heap in the corner of his net!

The resulting corner also causes plenty of problems, with Wilson again venturing off his line to meet it. And again, he never makes it. The header loops towards goal, but Quinton is on hand to nod off the line and into his ‘keepers arms.

Fortunately, we see out the last few moments without further incident and it’s the usual dash to the car to head back home for a cheeky pint before last orders. As a performance, it wasn’t great. But a wins a win and that 10 minute killer spell shows that attack is not our problem.