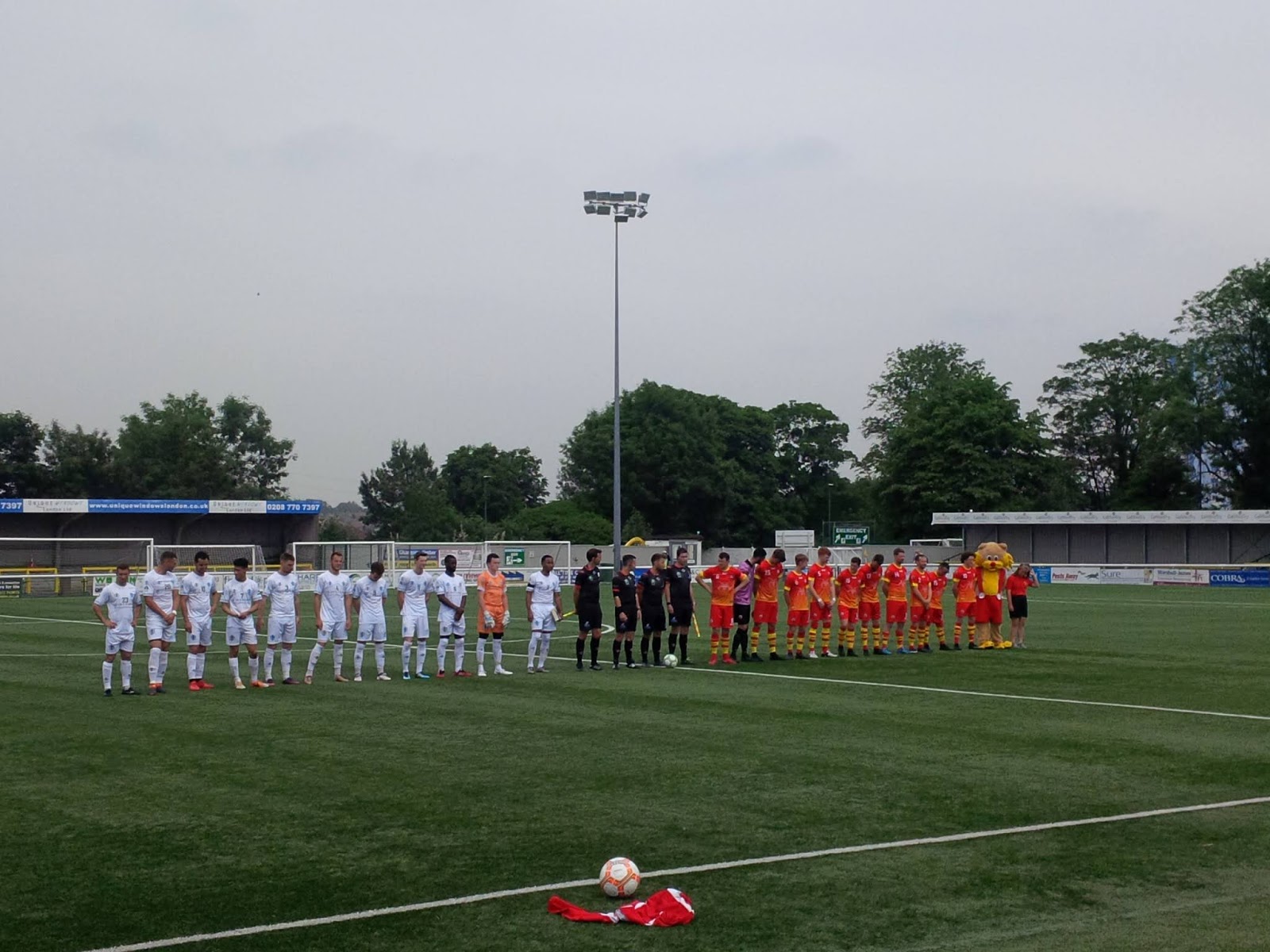 I’d been looking forward to the CONIFA world football cup ever since it was announced that West Sutton would be hosting a decent chunk of the tournament. Any opportunity to promote the People’s Republic to the outside world is an opportunity to be embraced warmly and we’d been counting down the days to the noon kick off at GGL on the last day of May.

Stormy weather was predicted and as I headed up the Lane shortly after 11am it was steamier than the back windows of Dirty Barry’s Passion Wagon on International Dogging Day. I bump into Malcolm P in the car park who has only managed to assemble a fairly limited turn out from the COC’s despite the enormity of the occasion. Phoney sick notes and all sorts had been offered to try and bump the numbers but I was still surprised at the patchy turn out from the PROWS ELITE pre-kick off only to learn that a sizeable contingent had opted to take in the inevitable opening nil nil draw at the other place across the Rose Hill border! Seriously, what sort of mug would you need to be to make that sort of choice? Well, just ask Taz, Belly and Rax. I’m sure they will have had time to cook up an excuse by now.

Anyway, back at the Home of Football, our opening teams – Ellan Vannin and Cascadia – are out on the pitch but something doesn’t seem quite right.  The squads are lined up on the 3G clearly waiting for something to happen. Ah yes, that will be the old national anthems then. One slight problem, CONIFA have brought the anthems down on a USB stick without checking whether such modern electronic wizardry is compatible with the big old bakelite gramophone player that provides the match day entertainment at GGL. It isn’t, and so the teams are eventually told by an official that “it ain’t happening” and to get ready to rumble without the uplift of hearing their national tuneage.

I amble round to the Shoebox with a few of the chaps and by now the ominous looking clouds are thinning and the sun has got his hat on and we are off and running.  Cascadia, from a region of the North West seaboard that straddles both the States and Canada, look like a sharp unit and are serious athletes, I’m guessing mainly playing college soccer. Well organised and athletic.

Ellan Vannin (the Isle of Man) look more like a tidy British non-league side and I’ve opted to throw my lot in with them for the duration of this tournament, mainly because I’ve recently got back from Douglas and still have an unused Manx fiver in my wallet. It’s a portent I reckon. The accents from the pitch are mainly American and Scouse and there’s one fine moment when a Cascadia player complains about a decision going against him by referring the ref as “Sir”! This causes absolute outrage on the Shoebox Terrace with cries of “there’s no need for that sort of thing mate” and “why can’t you just treat the officials with the kind of disrespect they generally deserve.” It’s a pivotal moment and soon after the Isle of Man take the lead with a fine finish.  Before the break, Cascadia pull one back only for the Manx lads to retake the lead just before the HT whistle. We are all well impressed with the quality of the football and the entertainment and I reckon there would have been about three hundred or so in enjoying this pretty unique experience.

During the break Four Days rocks up hot foot off the plane from LA and the Wales v Mexico friendly – the big bearded, globe-trotting ponce – and offers the suggestion that the only people at the game are “the retired, football nerds or generally bone idle looking for any chance to bunk off work”. I chew it over briefly and he’s probably about right as it goes. Anyway, his timing is impeccable as soon after we get going again Ellan Vannin nail down two world class goals. The first a mazy run beating four or five men before bending it in past the post and the second a perfect twenty-five yarder free kick curled into the top corner, check them out on the CONIFA site.

So that’s the game done.  The scoreline a bit harsh on Cascadia who are a decent side but lacking that bit of cutting edge up front. Stay tuned in to the Isle of Man though, they are real contenders. And all joking aside the officials were excellent and why we can’t find refs of this kind of calibre in the National League is beyond me. We were sadly denied the Clattenburg experience we were promised for this one, but that was probably a good thing for all concerned with our reputation for taking down massive egos in these parts. Oh yeah, and the much talked about “green cards” (nope, me neither) didn’t arrive until half time and sadly weren’t deployed in either sorrow or anger at any point.

In the bar the lads who went to Carshalton for the no-goals stalemate are mocked upon arrival for their schoolboy error and we get a couple down before the next game.  I spy some Tooting and Mitcham fans lurking, but luckily most of the fixtures and fittings have already been removed pending a refurb of the facilities so the thieving opportunities are seriously limited. Hard luck fellas.

Back outside, I offer a bit of guided tour of some of Sutton’s vintage turnstile collection to some chaps of a similar persuasion to myself and enjoy the second game of the day between Matabeleland and Panadia. It’s a little bit of a mismatch but anyone who checks out the back story of just what Matabeleland have had to do just to get here would not be anything other than blown away by their infectious enthusiasm.  They get well beaten but their consolation goal is welcomed like a winner with a chant of “Oh, Matty Matty. Matty, Matty, Matty Matabeleland.”

Great stuff and what the CONIFA is all about. When the players come over at the end and shake all of our hands it’s a really special touch that speaks volumes about the spirit of this tournament.  If you’ve not caught up with a game yet, get in the swim!