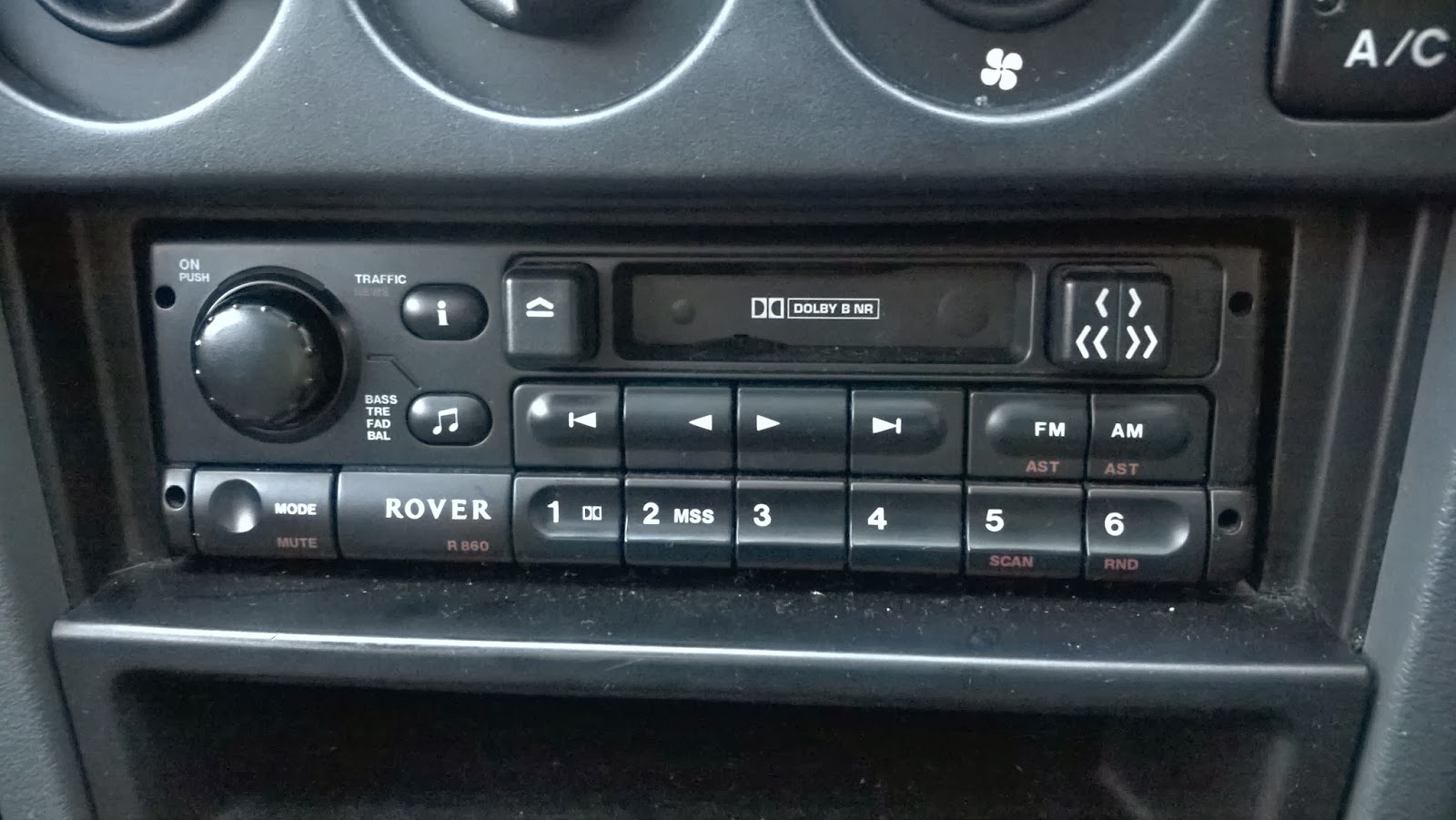 Who would’ve thought that coming into February that we would only manage to play two games since the end of last year. Well that fellas is a “statement of fact” and for a match that was supposed to be played back a mere seventeen weeks (four months like) ago, our trip tonight is going to be on the south coast against Gosport Borough.

Back around last season when we at the Firm had been informed that Gosport we coming up to the Conference South, the hope was that it was going to be a nice bank holiday weekend trip with a little drunken ferrying involved. Unfortunately the powers that be at Conference HQ had conspired to give us a midweek trip no matter what, and the chance to see how many drinks we could consume on the ferry has already set sailed for this season.

Tonight’s match was going to be the first time that the Duke took the new Beast out and stretched its legs. I managed to get finished work just in time, around twelve o’clock, only pissing off half the council estate-like population of Chessington. I also received a text from the managing director of C.E.S stating that he would like to use the services of the Duke’s cruise liner and considering he had finished work at eleven o’clock it was arranged that I would rock up to his in a couple of hours. After grabbing a fleece, yet forgetting my coat, and sorting out some dollar for the adventure I fired the old girl up and prayed as I hit the play button on my highly technical music system nestled In my 1999 Rover 620.

I’ll state this now, Carshalton is a right buggering of an arsehole to get through at rush hour. But after years of kerb crawling this man knows a thing or two about the local roads. As the imaginary clock struck five I stopped outside the Sparky’s house waiting for him to jump in. Luckily he didn’t spill any of his half eaten fish finger sandwich and it was hasta luego Carshalton, viva Gosport!

The plan was to take the A3 all the way to Portsmouth and then west around the Solent towards Gosport. The traffic never really seemed to dissipate from Coulsdon all the way towards Guilford, but after that we managed to get some speed going. Yet another sign that some of us are growing old was in the fact that our talk for a long stretch after Guilford was all about the Hindhead Tunnel and the way it seemed to go under the Devil’s Punch Bowl. With the light fading fast I got Sparky to find out some of the finer direction points towards Gosport. We only really fucked up once on one roundabout but with the skills of James Dean I pulled off a three point turn sexy styled doughnut in a car park.

Going down Military road seemed a bit weird with barb wired fences and security measures on every lamppost. There was even several footbridges connecting both sides of the bases that had me wondering it was to keep us out or keep them in? A couple of cheeky lefts and we arrived at our recently seen FA Trophy semi final hosts ground, Privett Park. Not managing to get a space in the small car park we had to look outside for one, luckily we did. Privett Park does seem to be one of those grounds that for some reason doesn’t feel quite right. I think it might be the queueing system at the bar or the fact you can watch the game from the windows in front of some very suspect panes of glass there were just waiting to be stickered (next year maybe?). The look at both ends were without covering so if the heavens did open we would be in for a soaking. A positive was that the cup of tea was nice!

The damage to get through the gate was £12 and we headed straight for the bar. Sparky had a Carlsberg Top and myself was forced to consume a pint of Coke, not that gay stuff that Juan drinks but the proper stuff I must add. Most of the regular boats were on display with Mr X arriving not long after us. The only notable MIAs were Juan, Firm Leader and E-I-C. The first news we heard was that Laudrup had been sacked at Swansea, fucking idiots! That and Nigel going back to the Eagles a new Taff was in goal for us tonight. It was nice to see Shaw warming up their keeper and it was even nicer that he came over for a little chat with us (Don’t worry Wayne, revenge will be sweet). So without further ado here is our line-up:-

With the rain holding off for the mean time, the only obstacle was the strong head wind against us. Lets face it with the weather against you and a local referee who knows the home team players by their Christian names this half was not going to bode well. Looking back know I seem to remember only one shot on target from us all half. The start of the game saw us struggle more than Gosport to adapt to the conditions. several times we got to see Binns, in his now usual left back spot, simply take the ball into touch with either a poor pass or bad control.

The first goal came again from some lack defending on our behalf. As Wynter was about to clear the ball, Forbes appeared from behind him and got the resulting trip. No one appeared to give Alex the call this was happening and for once this season a referee got it right. The resulting penalty was hit to the right just above the diving right hand of Brown. You would think that this goal would wake us up, but you are wrong my friend. We are a fair gentlemanly club (just look at the fair play table) and we gave Gosport another bite of the cherry we some very static defending a poor clearance out of the box fell well short and this fella just humped it. The wind took control of the ball and it sailed into the far corner much to the delight of the subdued home support. By now it was raining and being two nil down away from home my fleece and flat cap getting heavier by the minute compelled my misery.

Finally we started to play some football and with halftime quickly approaching a chip towards the eighteen yard line saw Slabber beat his defender and take it around the keeper. It was only a great Dukey last ditch lunge from the defender that prevented the ball from being tapped in by Slabber. Taylor then prevented the ball from going out for a corner, but much to the anger of the away support the man in black pointed towards the flag. You would say that karma was restore because the ball was whipped in for Downer to thunder the ball into the back of the net and give us hope for the second half.

The second half saw some of us head down towards the other end of the ground into the exposure of the heavy rain and strong winds. According to the Welsh Wizard there were thirteen of us braving the elements as the wives and children huddled together in the stand. The wind was firmly in our backs and the hope was that we got use this to our advantage.

It was now a question of not if, but when we were going to get the opportunity to level the tie. Most of the balls this half were going to skid aimlessly out of play and the hope was someone was going to do the business. The first real attempt was when after some silky skills Scannell was charging into the box when he was hacked down by the outstretched leg of a flagging defender. Penalty the Gosport 13 screamed from behind the goal, but much to the bemusement of us the ref just pointed for a goal kick. He did state, after being confronted by some Sutton fans, that you could clearly see on the pitch that contact was made outside the box. But that then proposed the question “Why wasn’t it a free kick?” he just waved us off after this heading to the warmth of the dressing rooms. The call from us was for Sutton to start taking a punt with the ball and the first to our rally cry was Dundo. It would’ve been a cry behind his thunderbolt just went wide of the right hand side post and clattered the advertising hoarding. Lucky that was there because in my show of manliness I stayed firm as others around me flinched, it was aiming for my family jewels which if contact was made my voice would be very high now!

With the keeper throwing himself not just of the goalmouth but over the barriers after a run in with Scannell, his goal kicking to the touchline gave us all a giggle watching the ball time and time again moving before he got to it, what simply pleasures we have. The equalising goal finally did arrive after nearly seventy minutes when a ball supported by the wind was whipped in for Slabber to beat the keeper and head it into the empty net 2-2! After this we did seem to take our foot our the gas a little nut we were never really troubled by the home team with Brown needing to do none of the work the other one did. I will have to say that the home keeper did pull of some blinding saves to keep the scores level it was just a shame that the blatant time wasting by him was not needed. There was also a lot of pissing about by their defence in trying to slow the game up every time the opportunity presented itself. It was also nice to see McCallum & Haysman come on and have a go, but I don’t think these conditions suited either player much.

With the rain beating down on us and now with the Welsh Wizard in tow I found Sparky loitering with intent around my car and after heading my now drenched clothes in the boot and jumped in. But that is not where the blog ends because after the stereo failed to operate, the car steamed up something rotten. The solution to this problem was to whack on the de-mister, unfortunately this only slightly helped our issues as 75% of the windscreen would clear. The next answer was to literally take the shirt of the Welsh Wizard’s back and use that. Now for some reason as soon as I wiped of the mist it appeared right back. It didn’t help matters that it was pissing it down all the way from the ground. So to recap, its dark, I can’t see through the windscreen and it hurricane Harry outside, what is a Duke to do? Well of course it was to carry on like any true Englishman would against the elements. I don’t think my passengers cared that much as the car was lit up like a Christmas tree with their phones being used. But eventually we did make it home to South London and our thoughts turned towards our trip to the league leaders Bromley on Saturday.