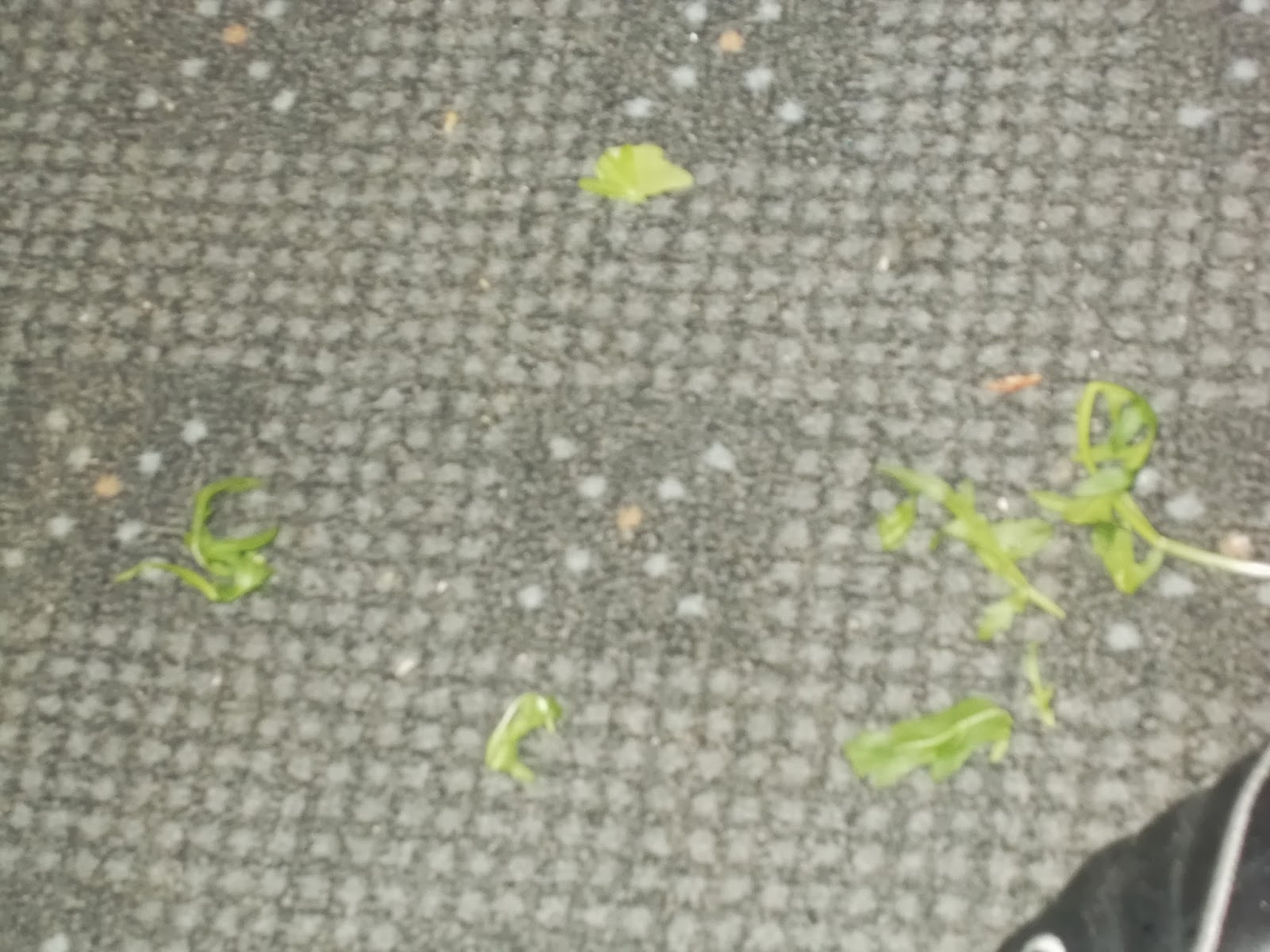 Well here we are a couple of days before the birth of Christ and we are due to head into the wilderness that is known as North Kent to play the failed experiment of MyFootballClub that is Gravesend & Northfleet Ebbsfleet.

The text had gone round from our illustrious Editor-in-Chief that the plan of action was for us to head into town on our travelcards as the atrocious weather that had beset us all week might effect our plans, so to save some dollar we would purchase tickets to Kent at St Pancreas.

Travelling to work on the bus had made old Duke somewhat very exhausted of late, so instead of less than a hour going to work and back on my own wheels has now turned into over three hours a day using the local bus system. Saying all this highlights the fact that my plan of rising early went a little ka-ka. Getting up a little late put me against the clock and this meant that the usual pleasantries would have to forgotten as I headed to the train station.

Arriving with some time to spare I managed to pick a cup of tea for the E-I-C, unbeknownst to me that he had already purchased himself one. Having sugar in tea automatically made it redundant for me but the greedy git readily snapped his second cuppa of the day. After buying a travel card for the journey and having to be wrongly identified as a rugby supporter we headed over to the platform and waited for the train to arrive.

The 1011 from Sutton was our train for today and as it approached we saw that today the Firm was going to include Me, the E-I-C, the Welsh Wizard and Mr X. After exchanging small talk the plan was decided that we were going to forgo drinking too much loopy juice in Kent and that it had been arranged with some of the Dover boys who were due down at Staines to have a little meet up.

Now for some reason unknown to our mortal selves our Editor-in-Chief decided to get off the overground early to jump onto the tube and go to the same station underground, totally weird but that’s the guvnor for you. After arriving at Euston some of us needed to get some cash, this was to be the first mishap of the day when the E-I-C had discovered that his bank account was empty, luckily for him the banco de X was going to lend him a ton for today’s expedition. The first port of call was to be the Doric Arch at Euston Station and as we were the first to arrive the consummation of alcohol began swiftly. The Dover boys were not far behind us and after them Indiana Jones and the Waffen SS made an appearance.

The beers began to flow now as we started to do the rounds of the local brewhouses. The next pub was to be the Bree Louise where they claimed to have 10 ciders to choose from. Of course my first two choices were both out of stock so I decided on a little farmhouse cider at 6.0%ABV which wasn’t that bad. What was bad was the next drink I had, it was called Weston’s Twist and to be honest it was vile, even some of the other members of the Firm had a sip and we couldn’t agree if it was petrol or turps flavour. After this we headed towards the Euston Tap except I decided to head opposite it to the Cider Tap, where instead of one choice of cider in the other pub I had the option of picking one of 17!

After nursing this pint on my own I received the call that we were leaving for Northfleet. we all headed towards the station where we were to get our tickets. The problem was that as we were pressed for time the queues were too long and we missed our train. Mr X finally arrived with our tickets and we hopped onto the train. The journey was uneventful as it was only a 18 minute train ride but we still got our tickets checked, the ticket inspector paid particular attention to mine but let us carry on with our journey.

The turn of events was going to change as we arrived at Ebbsfleet International station as not only the six of us but a couple of other passengers couldn’t seem to get through the barriers. After some discussion with the bird behind the jump the British Transport Police were called who’s appearance came with the statement “I don’t know nothing about tickets”. Some intense negotiations begun and eventually we managed to be freed by sorting out another ticket. Being held for some considerable time forced us to abandon some plans to go to Swanscombe for a drink and we headed towards the ground mildly displeased. A tenner to get in and a quick drink before we headed out to the ground for today’s game. The team was announced as follows:-

The conditions for the game were somewhat terrible in its nature and they only seemed to get worse as the game went on. The first half saw us shooting towards the covered end. The only problem was that the stand at that end looked like it had been condemned and was now filled with seats. To add to this the plastic ex-Gillingham fans decided to stand at the back of this with their megaphone and drum. So we were forced to watch the game from the corner of the ground. The actual action in this half was to show that despite the weather we still tried to play football. Whereas Gravesend tried to be a bit more direct and this plan worked as only after 10 minutes Northfleet and in particular Bricknell who’s header beat Lovelock at the near post. The rest of the half saw Us trying to pump the ball into the wind without much effect. It was when we tried to play the ball on the floor that we managed to get some fluid going. The best shot of the half for Sutton fell to Clough who’s shot ended up going wide from a Scannell low cross.

During the half time break I forgo a drink as I had to find a shop somewhere to get some snouts. The second half saw us move towards the other end of the ground that was exposed to the elements. Of course with our luck, the weather was getting worse as we saw the boys come onto the field. The real stand out moment of the half happened shortly after. The call form Mr X was “Wow we’ve managed to string five passes together” and for some reason I decided to carry on the count thereafter. The numbers 5,6,7 and 8 soon followed as the ball was played around down the left. We eventually got to pass number 16 as Scannell took the ball into the box. Pass number 17 saw the ball be played just outside the six yard box to Sinclair who shot somehow went wide much to the surprise of us behind the goal. I was slightly confused by the PA surrounding the ground as he announced that within the attendance there were 22 away fans. I counted more than that and the fact that we all came through the same turn styles left me bemused.

Just as we thought that we might be back in the game we saw Bricknell stick another nail in our coffin. How he didn’t get a red card for a very naughty challenge moments earlier, I don’t know. The resultant free kick was not cleared up the field far enough and the ball eventually landed to him and he slotted it past Lovelock and made our task nearly impossible. The rest of the half saw the weather take centre stage as want in know known as ‘the ebbsfleet twelve’ remain cemented behind the goal getting soaking through and through. We did mange to produce a few decent balls into the box but all the shots went wide without troubling Edwards in goal. A near freak free kick that caught the wind and beat Lovelock smashing into the bar quite possibly would’ve rubbed salt into the wounds. The refs whistle couldn’t have came too soon and straight away we headed towards the station and back to civilisation.

Back in London and thoroughly disappointed with the result and the fact that I had to consume some Strongbow Pear as punishment we headed towards the nearest boozer to drown our sorrows. The boozer was the ‘Euston Flyer’ last frequented by us after a certain postponed game at Maidenhead over a year before. The calls begun to come in from the Dover boys who had returned from Staines with a point and the Dorchester fellas who had seen their game at Farnbourugh postponed earlier on were in town. The first group was in the Euston Tap so we headed that way to meet up with past friends. The other group had arrived back at the Bree Louise so after finishing our drink we marched down the road. The pub was filled with a plethora of different supporters. I think back now that I managed to talk to fans of:

During this time we said goodbye to the Dover boys and some of the others as the night began to fall apart. At some point for some reason we dived into the Rocket on the Euston road to consume our final drinks of the night. The last of the Dorchester supports had left now and that left me with the E-I-C and Mr X. The question was “How are we getting home?” the time was around one o’clock now and the last train had left already. So after stopping for a cheeky cheeseburger our E-I-C decided to enquire about crashing in a hotel of some description. When he returned with the quote of at least £132 for one room our mind was made up to get a bus. The problem with getting a night bus was that it takes forever. In fact it took us two and a half hours to get back to Sutton. I can’t say that we remember much of the journey as we were all passed out and after a cab ride home I fell through the door at around a quarter past four in the morning! Merry Fucking Christmas!