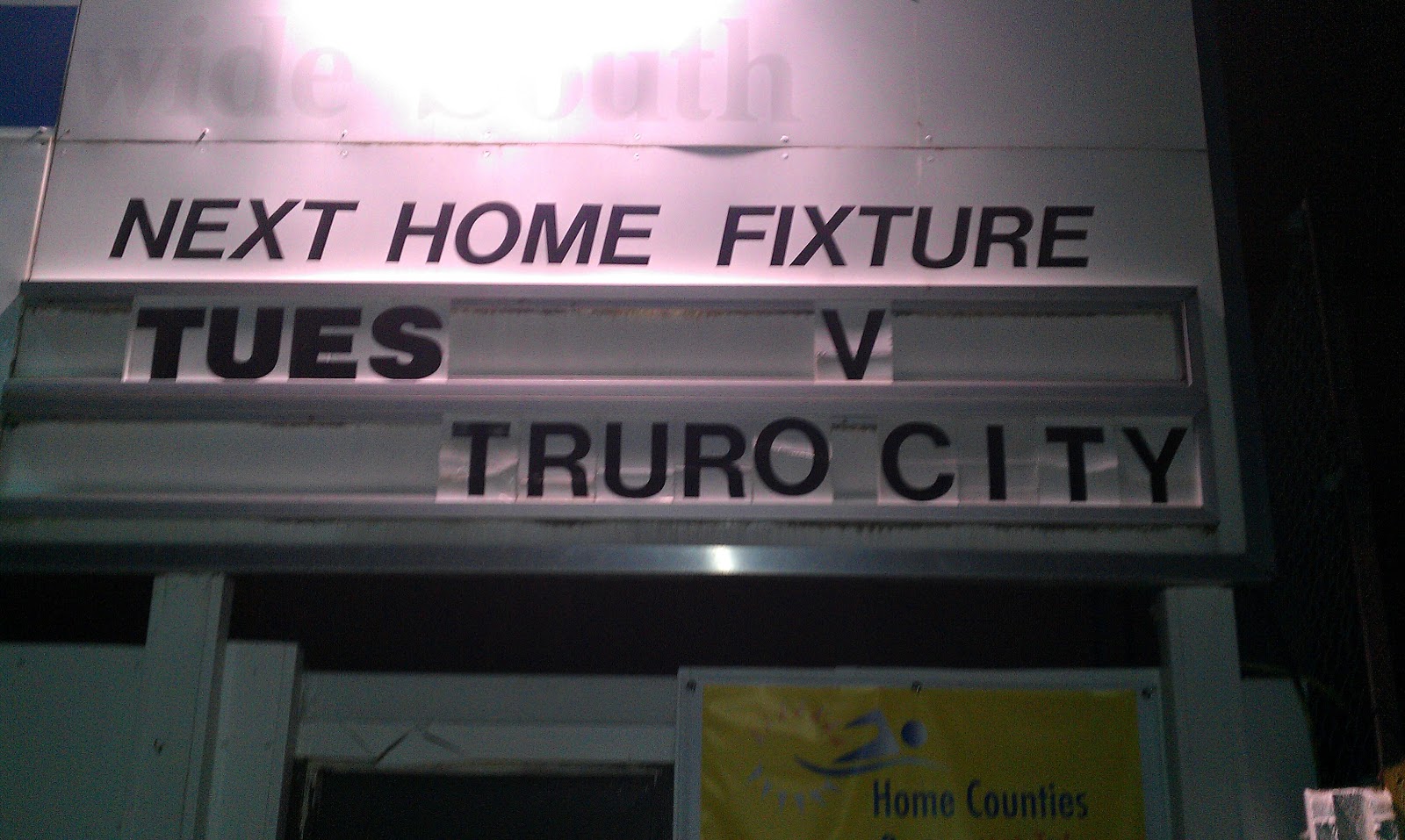 Yes, an embarrassment, a living endorsement.

That’s me and the other 359 souls that braved the game tonight.

I really don’t know what to write….

And to think, what a crackin’ night it was on Saturday, with other members of the gang like the Viscount, Windy and Chalmers we all meet after the train ride home from the what we thought was a terrible match at Woking to head to the club bar to discuss our plan of attack. Of course it does help to have 10 hours of drinking before hand, and it was a Madness tribute act 2 Toning the night out with all the classics. You should really see what the Viscount thinks our team walk out tune should be!

Of course you will have to read Juan’s match report from Saturday to see exactly what went down at that game.

Well, we all know it would happen, and it finally did. My chair, My fuckin’ chair! it’s only gone and decided to break already! I would have to say that at this time that the chair is still workable and doesn’t not have to be replaced just yet, I mean its only a week old and I did plan to keep it around for a year or so!

But enough of the random shit I can think of, and on to tonight’s alleged match down at the lane….

First of all there appeared to be a raft of regulars absent tonight (I even brought ‘The Pacific’ down again!) and the 360 seems to be quite generous giving it looked like less of a crowd then those that braved the SSC tie against Mosley.

Our team, if not our strongest lined up as follows:-

The bench was:- Beauts, Jordan, Folkes, Trevor and Scrivs

The first half, even though it ended 0-0 could have and should have been a footballing lesson by the pirates from Cornwall as we never managed to get out of stables at all. In fact we could have been 2-0 down inside the first 10 mins if Barry Hayles had not tried too hard to turn the ball into the top corner of the goal and this was followed by a near looping shot that had beaten a diving Lovelock and just inches over the bar as well. There was a couple of half chances after that and once we had started to get going it was once again the bit in between the delivery and the finish where we seem to time and time again fail in this department.

There was even enough time to see what turned out to be one of our only meaningful attacks of the night when a Sam Rents corner was crossed in to be guided by Stuart that only hit the outside of the post. It is also worth mentioning the two penalty shouts in the first half, particularly ours when it was judged hat Hank had dived in the box, well from my view behind the goal I do believe there was some contact, it was the scream and dive afterwards that I felt swung it for the ref. And like the one the other end I would have been pissed off if it was given.

Rumours were abound that it was Greek’s half time round so it was off to the bar for a drink! What followed other than a refreshing pint of cider we manged to get our hands on a half a pint of ginger wine, which drunken neat was quite frankly disgusting, but given to what was to follow in the second half we should have stayed. Not only that but my prediction to the Firm leader of there only being one goal in thew coming half came true as well.

The actual second half was very much the anti climax that most of the brave souls came to expect with various through balls and cross that never manged to challenge Payne in goal and the longer the half went the more the worry began to build up in me that they were going to nick it at some point.

This happened 8 mins from the end when a needless challenge just outside the box resulted in a free kick that was chipped just over the wall and with Lovelock far too much over to the other side it ended up in the back of the net. And the writing was on the wall for us after that, the end to a rotten evening that now puts us in the position of scoring 4 goals in 5 league games.

After the shock of seeing our five consecutive home win run coming to a crashing end and realising that our hopes reaching the play offs are now becoming less and less likely. And after seeing us drop to 13th in the league the realisation that we are the third lowest goalscorers now, so really something needs to be really tinkered with. Oh well, still the SSC to keep the dreams of silverware alive!

4 thoughts on “Madness, Madness, They call it Madness”